With just a demo, Ana Fernández-Villaverde captivated thousands of music lovers. The songs start with a simple principle but also with a disarming beauty, fabulous poetry about falling in and out of love that remind us of LOS PLANETA’s edge but without the noise. They have the intense emotional qualities of SR. CHINARRO but without the irony, the sweetness of LE MANS or the bared feelings of THE MAGNETIC FIELDS, the romanticism of FAMILY without the techno-pop pretense. More than 150,000 listens on her Myspace led to first “Romance” and then “Fiesta” being widely acclaimed albums in Spain.

On those albums, she showed that her ambition went far beyond what was shown on those home-made recordings: her fiddlings with rumba, with Arabian and electronic influences, all in the most subtle doses, showed that her musical discourse got even stronger, along with her precious lyrics and direct melodies, always supported by the production work of David Rodríguez (BEEF). All of this has earned her the cover on some of the most important trade publications (EP3, MondoSonoro), performances in some of the most important festivals (Primavera Sound, FIB) and the number 1 position in more than one annual “best of” list, including the prestigious RockDeLux. And there is always the feeling that Ana Fernández-Villaverde still has a lot more to give. 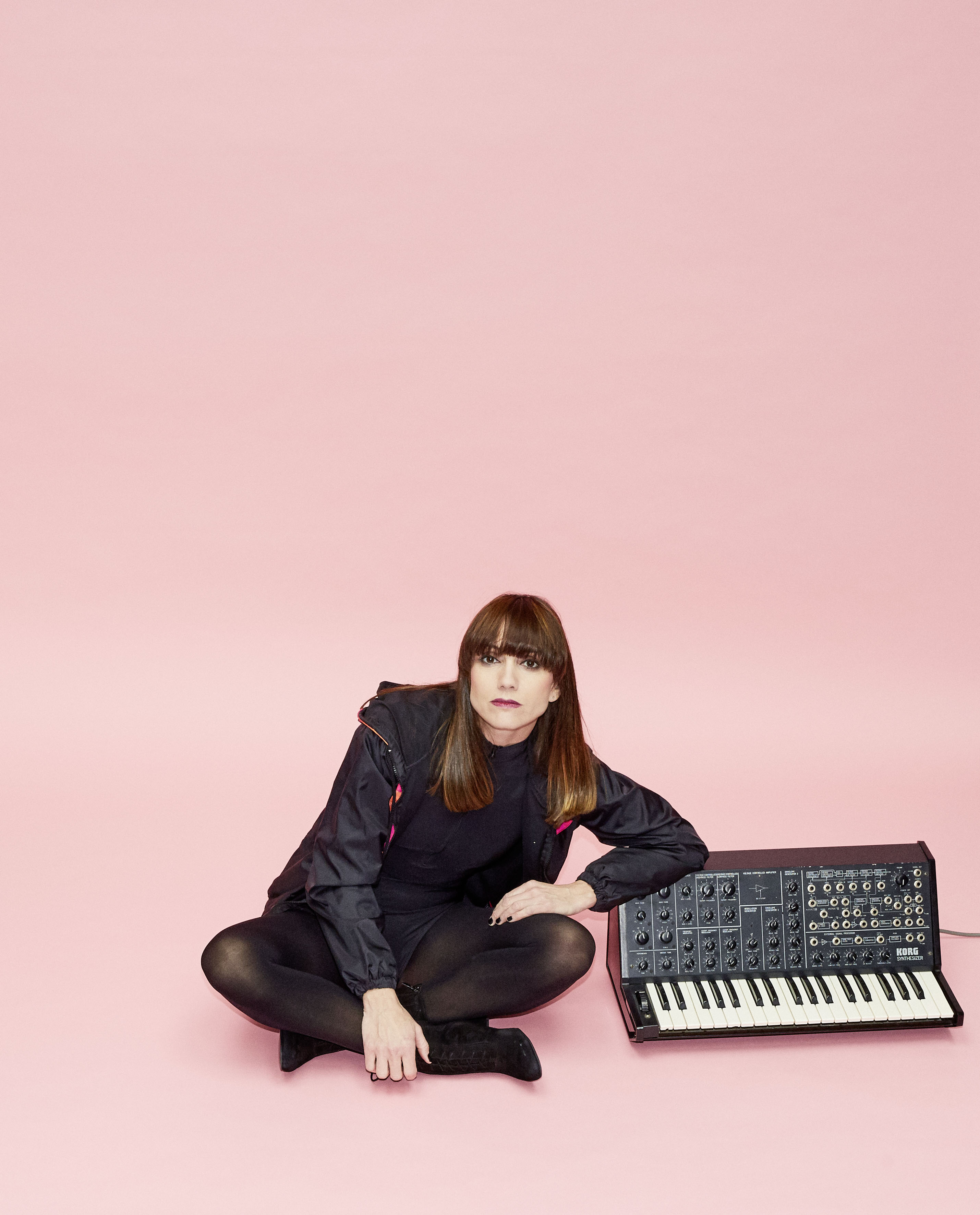 She records a homemade demo with Horacio Nistal. It’s chosen as best demo of the year by Mondo Sonoro and highlighted by Rockdelux.

She signs with the Elefant label. In February she plays a few concerts in Madrid organized by Mondo Sonoro; the band that plays with her is SR CHINARRO. In March she plays a solo concert opening for LOS PUNSETES in their album presentation concert. In May she plays at PRIMAVERA SOUND, with David Rodríguez (BEEF) accompanying her.

Her debut album, “Romancero”, is released, produced by David Rodríguez (LA ESTRELLA DE DAVID) and along with David’s participation she has the vocal participation of Joe Crepúsculo (vocals), the guitar of Daniel Descabello (TARANTULA), arrangements by Mohamed Soulimane (ORQUESTA ARAB DE BARCELONA), the flamenco guitar of Juan Antonio Grimaldos and flamenco percussion by Manolo Benítez.

There is not doubt that "Romancero" is an album that will go down in history as a very important creation.

The proof of this is that since its launch date the album has generated constant discussion, reviews, interviews and headlines. A month before the official launch of the album they appeared on the cover of the magazine Mondo Sonoro, which also interviewed the group.

"Romancero" was released on April 6 along with the video-clip of the song "De Momento Abril", which was directed by "Les Nouveaux Auteurs.

This was the beginning of the great adventure of Ana Fernandez Villaverde and her amazing band of great musicians and artists. Primavera Sound marked the beginning of the tour. They participated in the Heineken Music Day, giving a concert in Valencia. The tour continued with concerts and festivals in cities throughout Spain, including the International Festival of Benicassim, the Contempopranea, the South Pop Festival in Isla Cristina, the Twoday Festival (where they shared the stage with Camera Obscura) and others, totalling over twenty performances.

LA BIEN QUERIDA has transformed itself from one of Spanish pop’s biggest promises to one of the most amazing realities to hit the national scene in years. “Romancero” has been universally acclaimed by the press, garnishing covers of various publications (EP3, Mondo Sonoro, Plástica and El Obrero Digital), winning praise and acclaim and being touted as one of the best albums of the year.

Here at Elefant we continuing this incredible phenomenon with the release of the single “9.6”, one of the album’s most talked about songs due to the disco-pop it surprises us with after 45 seconds of acoustic introduction. This makes it one of the compositions to have evolved most between its original conception and its final form on the album (this CD includes the demo version recorded at Ana’s house over two years ago). The two remixes included on this new single celebrate this marked evolution: the remix by Guille Milkyway suggests a sweet Motown only to finish in an amazing game of rhythm featuring a new and different musical concept, while the HIDROGENESSE remix imbues the track with boldness and flamboyance and plays enjoyably with the lyrics. Finally, the release contains the video-clip made specifically for the song, directed by Luis Cerveró (one of the most important and innovative directors around, responsible for video-clips for LOS PLANETAS, Christina Rosenvinge, LA ESTRELLA DE DAVID and Joe Crepusculo). Cerveró takes full advantage of the song’s tone to give the video an air of clear eighties nostalgia and irony. Ana is incredible, and David Rodríguez and Joe Crepúsculo shine with her like authentic Italo Disco stars, simulating a live 80s style television performance. The final touch is the choreography, which pays homage to Ballet Zoon and Valerio Lazarav, who recently passed away.

In December, HIDROGENESSE made another remix of the track 9.6. The first, "French Hot Dog", was featured on the single "9.6 (versions)" and the new one, "Rendez-Vous Américain", is cosmic, long and indecisive and only available for listening in HIDROGENESSE or on Elefant Records’ MySpace.

There is no doubt that this is LA BIEN QUERIDA’s year, but 2010 promises even more to come.

Mondo Sonoro and Rockdelux declare "Romancero" the album of the year. The band appears on the cover of both magazines. More good news is that the band is nominated for the Music Awards in the category of Best Pop Album Alternative.

In February they play at the concerts held by Fiestas Demoscópicas Mondo Sonoro and record a new video-clip of the song “Corpus Christi”, directed by Nadia Mata Portillo (director of the video-clip of the group CORAZÓN, “Nuevo Futuro”, alongside Federico Strate Pezdirc).

LA BIEN QUERIDA’s debut album, “Romancero”, enchanted thousands of people in Spain, filled everyone with passion, was highlighted by the most important media and since it went on sale a little over a year ago, “Romancero” hasn’t stopped being praised and hasn’t stopped recruiting fans all over the world. Now it’s Mexico and the USA’s turn; “Romancero” is being released in Mexico on our new affiliate Elefant Records Mexico and in the USA on the well-known Latin American label Nacional Records.

Over the next few months they will hit the studio to record their second album, with David Rodríguez acting as producer once more. The new album is scheduled to be released at the end of the year.