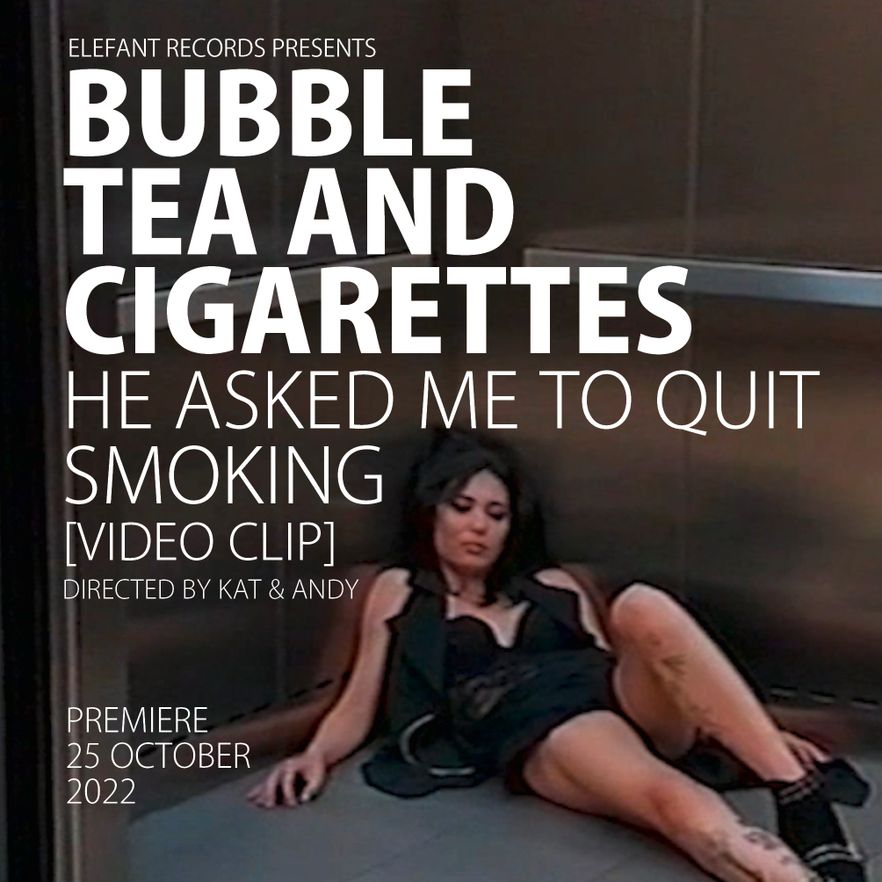 We are still amazed with the reception that “There’s Nothing But Pleasure”, the debut album from BUBBLE TEA AND CIGARETTES, has had. The first edition in vinyl (1000 copies) sold out in just a few days, and the support it is receiving internationally on blogs and in magazines is really incredible. One of their songs, “5AM Empanada with You”, was included on the soundtrack for Netflix’s “Élite”. And we have the feeling that there are still many great things to come, that Andi and Kat still have so much to give us. And to celebrate all of this, we are releasing a video for one of the songs from that debut album, directed by Andi and Kat themselves.

“He Asked Me to Quit Smoking” maintains that mysterious, lazy, hazy, lysergic spirit that characterizes the album and that is accentuated in the video which emphasizes their nocturnal spirit (if not, what would they be doing looking for empanadas and fried chicken at 5 in the morning?) that is both decadent and poetic at the same time, playing with cinematic textures. Hypnotic. And the way they make the moonlight dance. To repeat again and again.