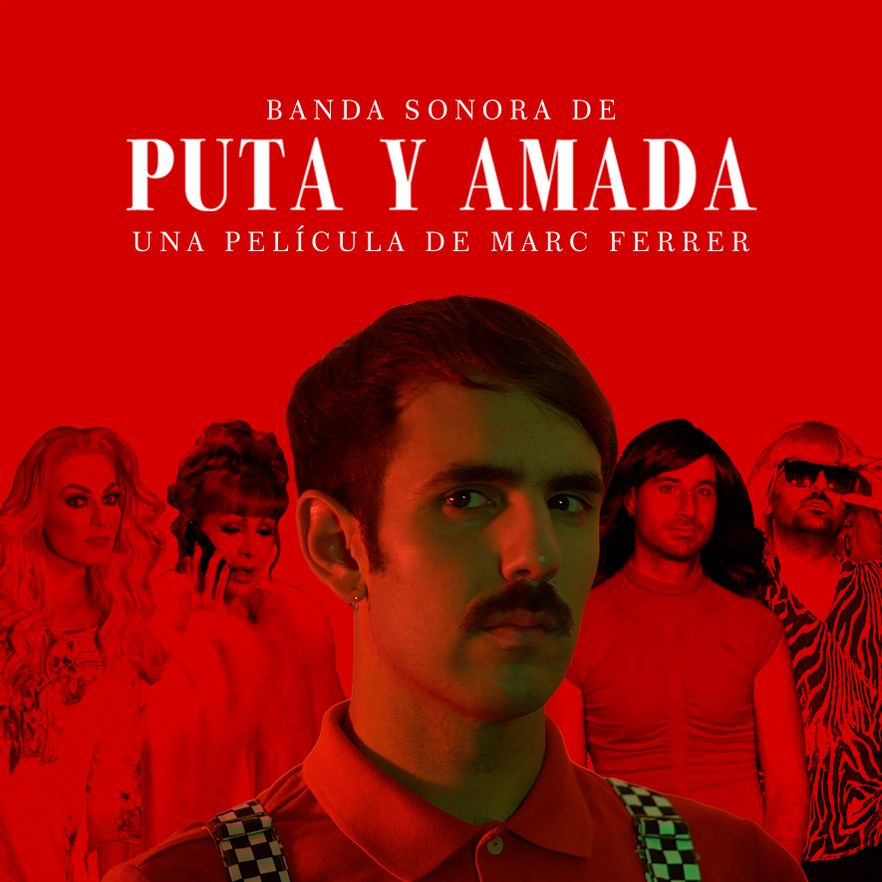 The album opens with the duet between PAPA TOPO and Yurena, a danceable yet melancholic and dramatic version of “Ese Hombre”, the classic by Manuel Alejandro and Ana Magdalena that Rocío Jurado made famous in the early 80s. Right after that, we have “Telenovela”, an original and autobiographic song written together by Adrià and Marc about their relationship (a subject that is also one of the main plotlines of the movie). The songwriting, which drinks musically from melodic Spanish song as much as it does from the electronic pop of PET SHOP BOYS, has a complex structure, full of changes and suppressive modulations like soap opera-y twists, giving the song a kind of “progressive pop” feel. Like a television show, the songs builds tension as it develops, until the climactic final episode in which, to the tune of strident trumpets and  deafening cymbals and bells, love is pronounced dead.

The video for “Telenovela” is a trash horror thriller telling the painful four-part love story, starring Adrià Arbona, La Prohibida, Berner Maynés and Marc Ferrer. It is influenced by “Law of Desire” by Pedro Almodóvar, “Water Drops on Burning Rocks” by François Ozon and the ItalianGiallo movies from the 80’s. The result is an extravagant mix of genres that is perfect for the always exaggeratedly eclectic music of PAPA TOPO.

The album closes with “Éxtasis Total”, a powerful electro-pop whirlwind written by Marc and Adrià and performed by BELINDA Y DELFINA, the nastiest duo of divas in pop right now. Both in the song and in the video, the sleepless actors delve into an ideal night of partying, evading the alienating reality of the mundane in which they are immersed every day, and declare their fleeting revolution. Both in the musical as well as in the visual, BELINDA Y DELFINA are guardians of all things trash, and among their references we can immediately find Yurena of “A Por Ti”, the duet from Marbella ANA Y ANTONELA, or Violeta Gómez.

To accompany and celebrate this release, the videos for “Telenovela” and “Éxtasis Total”, both directed by Marc Ferrer, are being released simultaneously.