Listening Is Not Enough [En]: A Night with the BMX Bandits [Review]


Dreamers: A Night with the BMX Bandits

Independent pop music in 1986 was genuinely that – it was independent – fierce in spirit and attitude – it was not part of the plan – it was immediate – simple and available from the right record shops or fanzine networks and tape exchanges.  I remember those times with both happiness and fondness. It was a time of awakening and feeling accepted – or not feeling accepted and knowing you weren’t the only outsider. 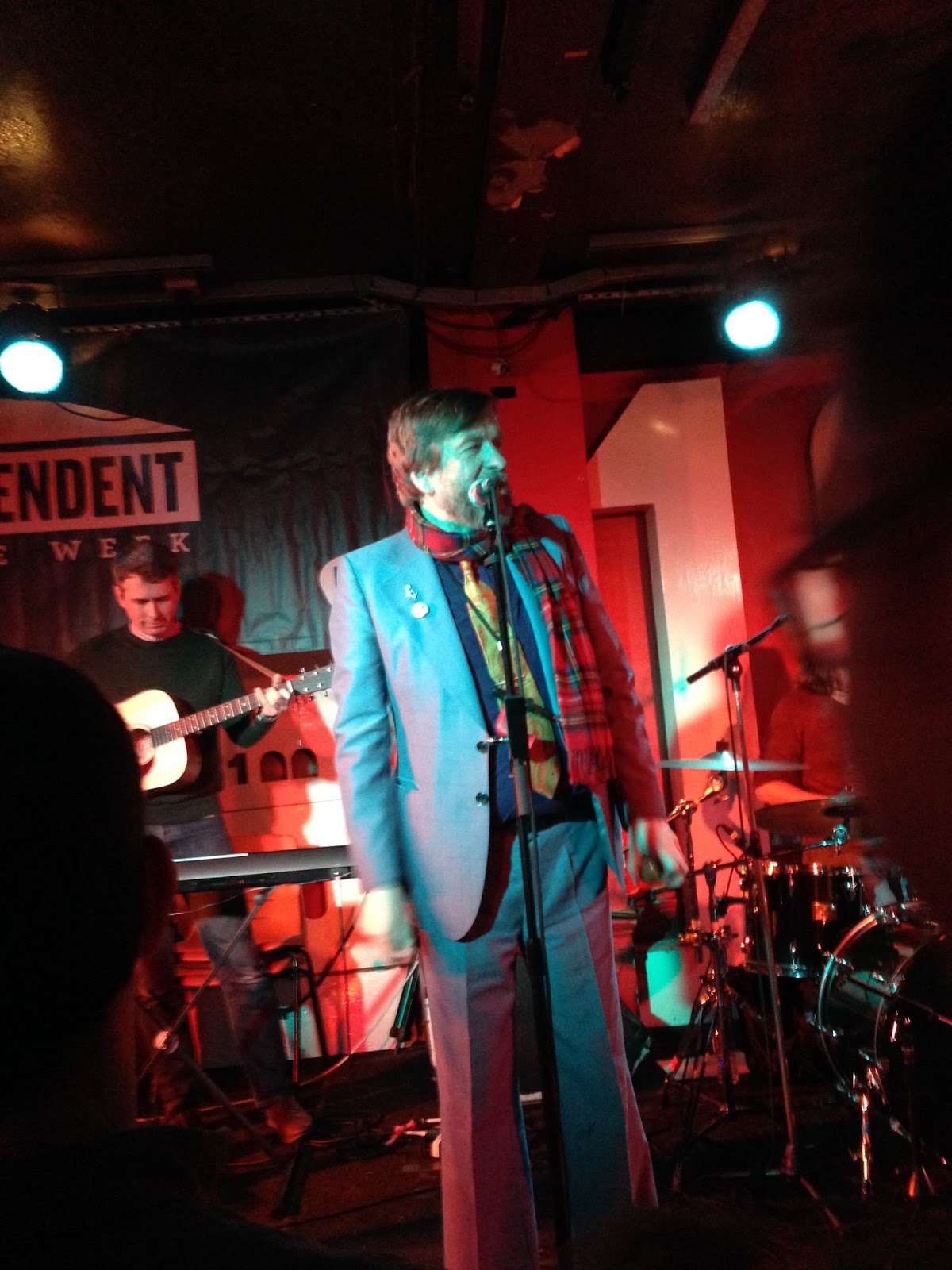 Not that I was an outsider – a loner – that was never my bag – give me a slightest hint of an audience and I’d be performing to it – liked the sound of myself see – clearly I still do – or I wouldn’t write this.  Yet 1986 was a formative time for many.  I was 14 – nearly 15 – growing up – the weight of the world sitting heavy on my shoulders and then along came all of these bands – shambling as John Peel said or jangly this and that – as various music journalists coined it. One newspaper  - the NME put some of this emerging independent experimentation together ‘on tape’ ( I’ve got it on tape – well a tape of the tape)  they called it C86.      As a rolling stone of  a tape it gathered momentum – it’s now viewed as a pivotal moment in defining an era – it didn’t feel like that at the time – it was just a tape with some songs on it that the NME gave away that week – some of them were shit songs ( you decide?)
However as the apocryphal story goes ‘this tape’ begat all other indie bands from that ground zero – thus we have that tape to thank for fucking Slowdive or The Chesterfields. (joke – natch)  However – it’s fair to say there was a lo-fi revolution taking place – The Smiths had opened our eyes  (another apocryphal story) and now out of that re-appreciation of rock n roll came these bands with 'soul' - not all about the hits but rather these bands were making something with integrity. It didn't matter that many of these fledging singles sounded cheap - under produced - it was all about existing - perhaps being on the outside of the mainstream - but here you could set the agenda.     The BMX Bandits have always been on my radar – not quite central – but there – pinging away – I know they are there - do you get what I mean? It turns out they’ve been there for thirty years.  I first met Duglas in South London – it was at a Teenage Fanclub gig at the Venue in New Cross (now home to three floors of independent sounds and lots of covers bands) but at that time they used to put on bands.  I was talking to Norman Blake or whoever and Duglas was there.  We struck up a short conversation about the magic of Brian Wilson.     HE talked about SMiLE and promised to send me a copy.   He was true to his word.    He sent me a tape. I don't know where he'd got it from - but it was such a lovely thing to do - he track listed it and put on a few other Beach Boys gems too.  It took another twenty-five years before I could thank him properly - via the wonders of the web (wonderweb?) and connections via cables.   There's something about that attention to detail and wonderfully openness that Duglas and his 'family' of Bandits have that can easily be mis-read - as twee and past it - or creepy and calculated - but if you look close into Duglas's eyes you can see he's been 'for real' since their formation. This is no novelty act. Tonight the 100 Club will be witness to another extension of PuNK (it's where it started maaaaaan) - that freedom to do just what you want to do.   Before the BMX Bandits - we have The School - a seven piece mish-mash of the Shangri-las, Motown, Spector, Beach Boys, The Pastels and dare it say it a C86 vibe - there's a craft in this Cardiff based troupe - horns and xylophones - pianos and guitars - layered vocals and sing along ding a lings - they are perfect in their own right. Reaching right back to the past to come up with something new. They are not twee - they will take you out in the underpass. You should all check them out - I will be doing so again. 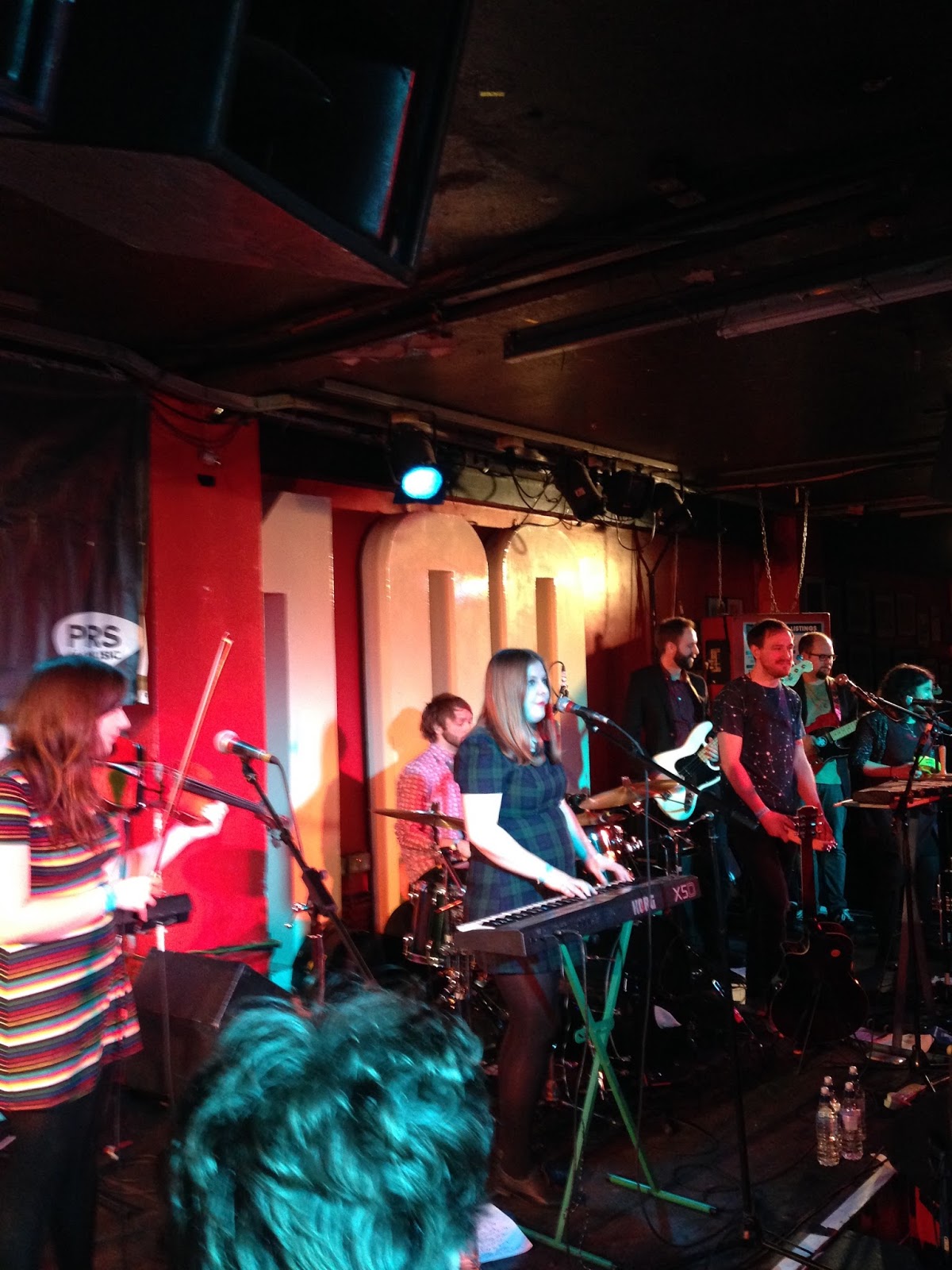 And then this thronged crowd witness a beautiful pop performance - finely tuned and honest in its approach. Having read the piece in The Guardian previously – maybe it helped shift that perception of Duglas as eccentric rogue – and placed him in that rock n roll list of tortured artist – confronting his demons on stage through the simplicity of songs like ‘Your Class’. He's the Bellshill Brian Wilson - he even has the hand gestures to match.     Love and mercy, indeed.   We are party to the wee talks from Duglas peppered with his observations and ultimate belief in love. His talks are funny - he is a funny man.  He eats an apple - he eats a boiled sweet. He plays the kazoo.  He gives us his best tunes.  It's a testament to this band that you can put a song as magical and wonderful as 'Serious Drugs' four songs in and know that you've got belter after belter left for the crowd.      We are party to a pop band with tunes that should have been high in the hit parade.  I'm not going to try and describe the sound - but this is pure pop craft - there's a nod to the past  - you can't write songs like this without referencing Spector and Wilson - but there's so much more hidden inside Duglas and his Bandits heads - listen to the howling guitars of 'Kylie's got a crush on us' or the Ramones meets The Shirelles stomp of my favourite song of the night 'I wanna fall in love'.  Duglas and CHloe are in fine voice - they swap and harmonise all night - all sixties glamour and well tailored suits. Then there's the beauty of 'The Day before Tomorrow' were Duglas is joined by Sean Dickson (previously of The Soup Dragons) on omnichord. It's quite poignant really - Duglas tells us the tale of choosing their name and how him, Sean, Jim and Norman phoned up Eugene (from The Vaselines) to tell him their choices - how he hated the name the BMX Bandits - so they stuck with it. - and now here is Sean on stage once more with his boyhood pal - they hug after a riotous E102.     Pure class.   And then they are back to tell us of the injunction they have had to get to stop Kylie following them - cue Kylie's got a crush on us and then a blissed out Witchi Tai To to round it all off.   Glasgow in the early eighties must have been an exciting time - oh to be at Splash One. But you know I didn't need to be there - because of it - I've had a chance to hear those beautiful dreaming minds - Duglas, Norman, Sean, Bobby, Stephen, Rose,  - what a gang - what a set of groups.   What a bunch of beautiful dreamers.   It was a pleasure to be with Duglas and his Bandits in The 100 Club.  It's important to be reminded of the power of love. Duglas sings from his heart to yours and makes it seem that everything will work out right in the end.    Anything is possible in Duglas's impossible dream.     BMX Bandits are thirty years old.  Here's to another 30 years.   Here is a wonderful song from the night - thanks as always to Ruth for capturing it