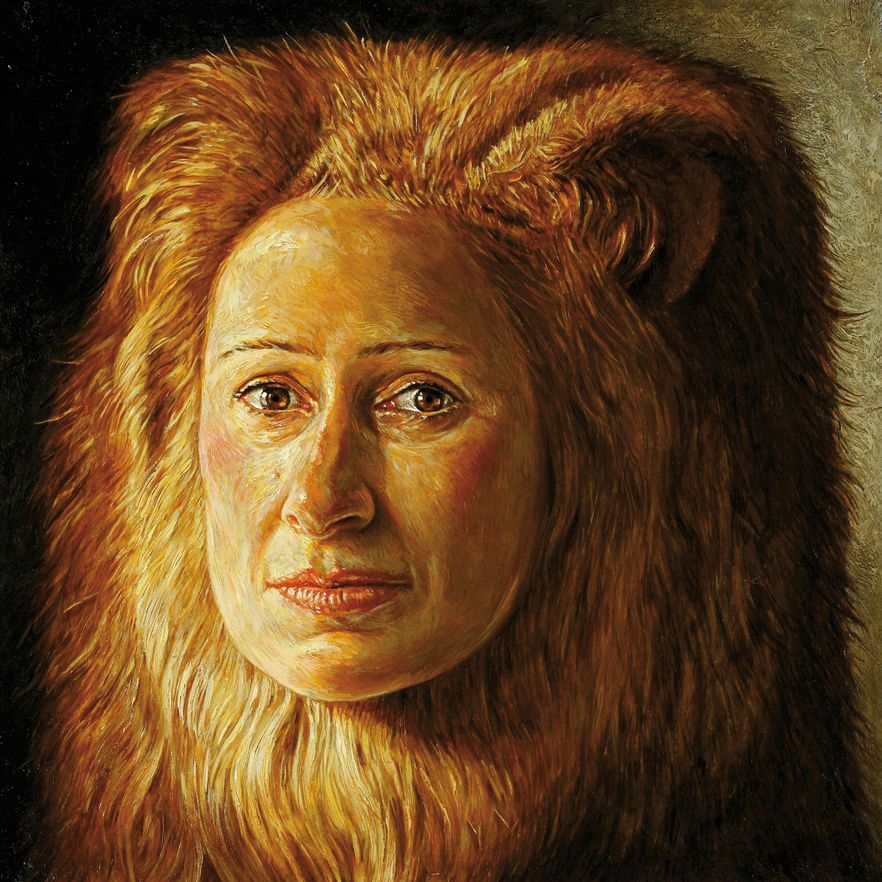 Artwork by Javier Aramburu: Teresa the Lionheart. Tempera and oil on board. 24 x 24 cm

Any record label appearance with Teresa Iturrioz and Ibon Errazkin as protagonistsis always a huge question mark; it is absolutely impossible to predict what path they will take with each new installment, and it is precisely this uncertainty that is, for many of the duo’s fans, their greatest charm. We never know what they are going to surprise us with, but we always know for sure that they will win us over with their lyrics, their melodies, their arrangements, and that unique universe of theirs that they have been creating all these years.

“Rea” is SINGLE’s best album. Submerging yourself in the album’s songs and discovering all the surprises hidden throughout it is magical. The dub and reggae sounds that Ibon and Teresa are so passionate about abound, and it’s main point of reference is Lovers Rock, a movement which started in the very early days of reggae, when important Jamaican and U.S. singers like Ken Boothe, Johnny Nash and John Holt all achieved international success with reggae versions of popular love songs. The movement ultimately found its base in London thanks to the work of Dennis and Eve Harris, who founded the label that gave the musical style its name, and with which artists like Janet Kay, Louisa Marks and 15-16-17 were so successful.

That has made the songs go deeper into the pop spirit, while maintaining a certain hypnotic quality. At the same time this is contrasted by the more complex instrumental development on songs like “Siete” and “Palmeras”, along the lines of the extended mixes that characterized disco music from its beginnings. Or that vaudeville-esque “Me Enamoré”, with Garbanzo rapping, that creates a grotesque and harsh fantasy world that Danny Elfman and Quevedo would love, and that freely borders reggeaton at times. “Globo De Hielo” is a kind of abstract and evanescent techno-pop that has the delicacy and the sweetness of LE MANS hidden in between its slippery lines; the already mentioned “Siete” is drenched in tropicalism; and “Rea”, the album’s title track, is an undeniable victory.

As has become normal on SINGLE’s albums, Ibon and Teresa’s songs share space with a cover. On their first album, “Pío Pío”, there was “Recuerdo Escolar” by Lole y Manuel; on “Monologo Interior”, they had “Gracias A La Vida” by Violeta Parra; and on “Anexo”, it was “El Amor En Fuga”, their version of the original song by Alain Souchon and Laurent Voulzy for the1979  François Truffaut movie, “L’amour En Fuite”. On “Rea” they offer us a danceable and attractive cover of “La Moto” by the Uruguayan composer Leo Maslíah, another uncomfortable, unclassifiable, and unpredictable artist.

The collaboration with Gregori Ferrer, of COL.LECTIU BROSSA, is behind the sounds on this album, and his harpsichord gives a seductive, hallucinogenic touch to “Me Enamoré”, “Rea”, and “Nota Mental”. But above all, it is worth pointing out HIDROGENESSE’s production work, with a hyperactive Genís in charge, making an impossible alloy emerge from these one-of-a-kind creative talents.

To dress such a special work, Javier Aramburu has created another surprising and impressive cover, “Teresa Corazón de León” (Teresa, Lion Heart), a canvas full of fantasy that perfectly reflects the magic that SINGLE’s songs give off. Because “Rea” – “prisoner” in Spanish – is exactly the opposite of its title. The only bars holding SINGLE are their wide-open vision of music, of creation, and of life. Because this is music for people who understand albums as a challenge... because this is also a journey full of humor, irony, and now more than ever, so much love. 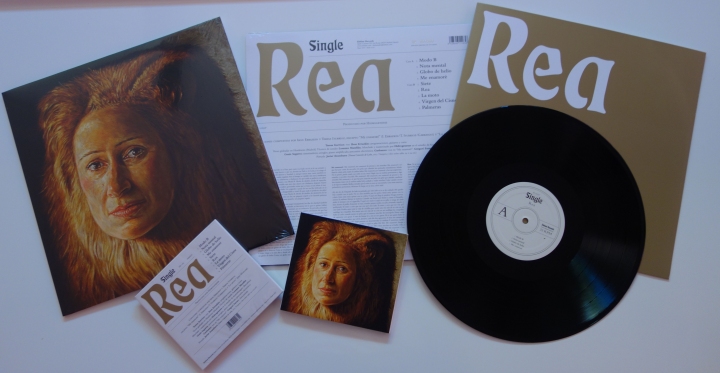