JUNIPER MOON is one of those groups that earned themselves an indelible place in the history of Elefant Records all on their own. They are known both inside and outside our borders, with an important legion of fans, and have been praised by Steve Lamacq (BBC), Sean Tyler (Rough Trade) and Ken Stringfellow (THE POSIES); they have appeared alongside PRIMAL SCREAM, THE JESUS AND MARY CHAIN, MY BLOODY VALENTINE, FELT and MCCARTHY... They have had countless hits. And in their short eight years of history they have released one album and various singles. In honor of Elefant’s 25th anniversary, we released a double vinyl with all those songs, but that release quickly sold out in stores and is currently out of print.

That’s why we are rereleasing “El Resto De Mi Vida” exactly as it should have been released on vinyl in 2002. The album’s 14 songs, with hits like “A Veces Sí, A Veces No”, “¿Volverás?” and “Sólo Una Sonrisa”; and “El Último Tiro”, which was recorded to be an extra track on the album’s release on vinyl. This new release will be a simple and numbered limited edition of 222 copies, although the rest of the songs that were on that double release will be included on the download. That means that all the songs from the singles “¿Volverás?” (1999), “Basado En Hechos Reales” (2000), and “Sólo Una Sonrisa” (2003), the songs taken from the compilation “Verano Del 99” (1999), plus two early versions of “Quiero Verte Una Vez Más” and “Superstar” released for the first time on a Japanese compilation in 2010, will all be included on the downloadable mp3-version of the album.

Listening to these songs with the years of hindsight gives us the feeling that time passes as fast as JUNIPER MOON’s songs do. And we can be happy that not a drop of energy has been lost along the way. Iván and Eva show us this is still true with LINDA GUILALA. We also try to continue to fight with the youthful energy that defined us more than 30 years ago. And we hope that bringing this incredible collection of songs back again has a similar effect on all of you. We are sure it will.

All in all, this is a download of the best pop punk spirit possible, with songs that make you think just as much of UNDERTONES or LOS NIKIS, as THE AISLERS SET or THE SHOP ASSISTANS, as RAMONES or TALULAH GOSH. This is a new chance to get your hands on this unforgettable gem. 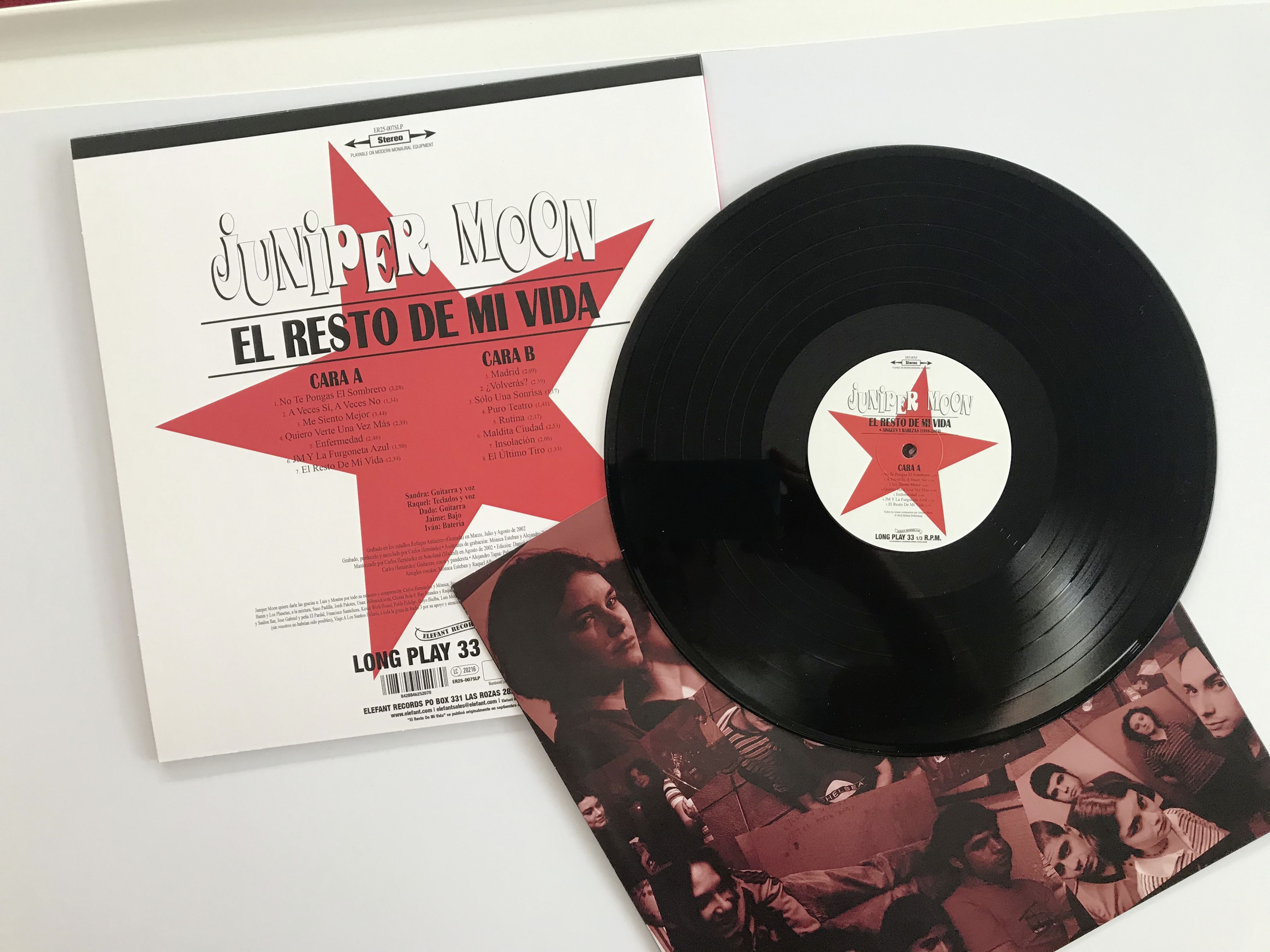