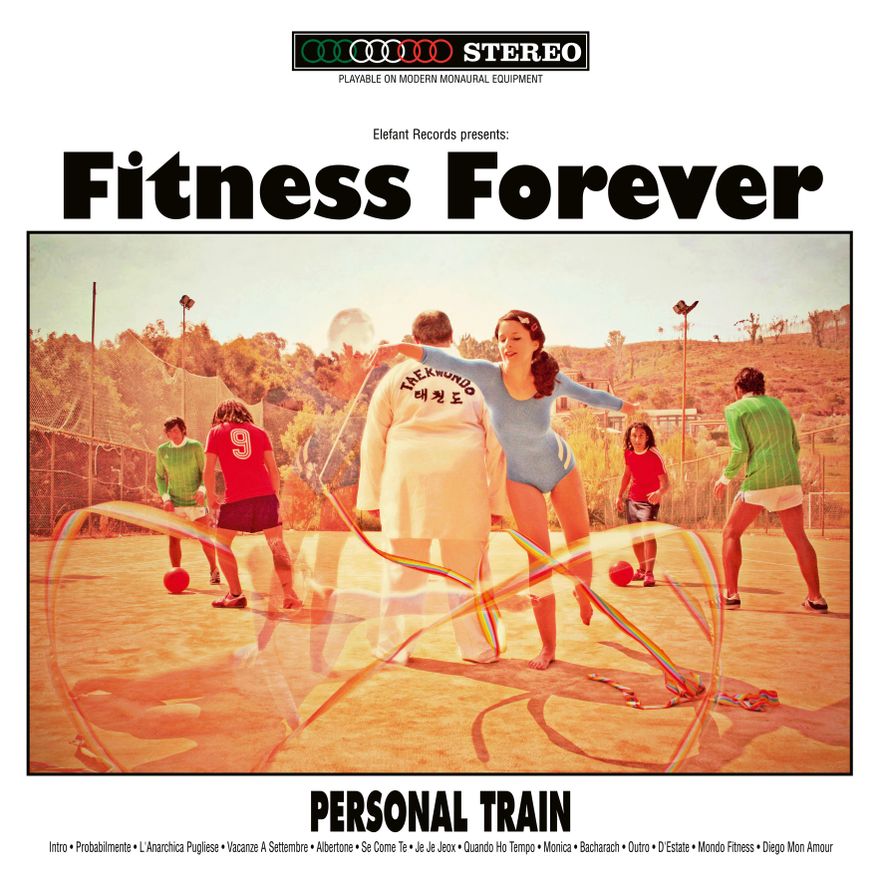 Sometimes, looking back can bring us a tremendous surprise. Time passes and plays with our memory. If we think about the more recent releases from the Italian group FITNESS FOREVER – super danceable albums like “Cosmos” and “Tonight”, marvelous hits like “Canadian Ranger”, “Tonight” and “Lui” – and suddenly we start to sift through the memories, we are suddenly hit with the freshness and immediacy of that debut called “Personal Train” that won us over so completely back in 2009, with its fresh, sunny, Mediterranean airs, far from the nocturnal, urban spirit of some of their more recent songs.

That’s why, among other reasons, we wanted to bring back such an incredible album as a part of our collection of reissues in honor of Elefant Records’ 25th anniversary. To be able to enjoy again the perfect pop bull’s eyes that “Probabilmente”, “Bacharach” and “L’anarchica Pugliese” are, because “Vacanze A Settembre” breathes Italy with a vitality that raises even the lowest spirits, because “Je Je Jeox” and “Quando Ho Tempo” make clear all the marvelous lounge music albums Carlos Valderrama’s crew could have made, because “Se Come Te” gave us a peak at what path the group was going to take (ah, how clearly we can see things with hindsight), and for a million reasons more, many of which are tied to scenes of your lives that these songs are part of the soundtrack of. We can think of so many.

What’s more, this is the perfect opportunity to recover the two songs that were included in the now out of print “Mondo Fitness EP”. Both the title track and the “Diego Mon Amour” are further proof of the group’s nose for pop music, on the one hand, and, on the other, the melodic richness and elegance of the arrangements that FITNESS FOREVER are capable of laying out, which have undoubtedly been an important nuance in the concept of disco music that they developed on subsequent albums.

So, we’ve got an album plus two extra tracks, released on a precious transparent red vinyl, in a 300-copy numbered, limited edition. What a delight.