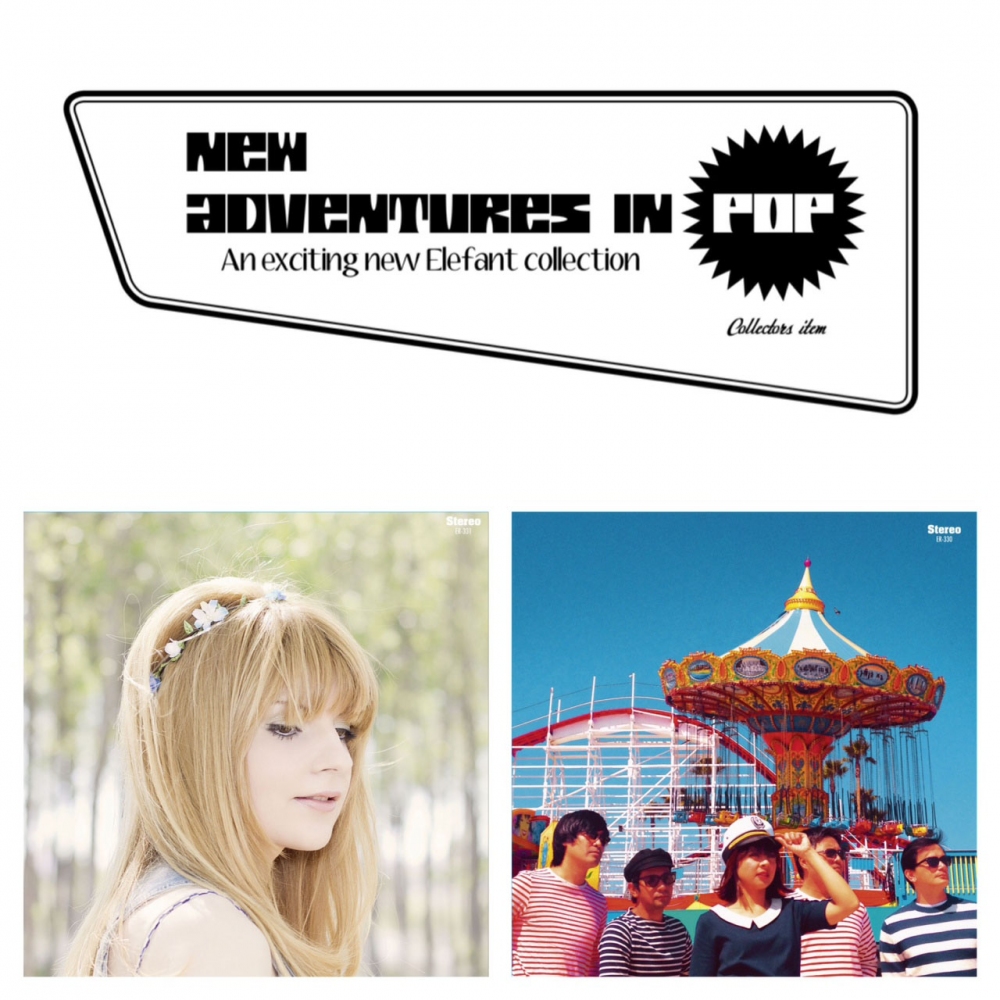 After a brief period of time which we put to good use by checking out new talent on the music scene (both nationally and internationally), we’ve returned with our New Adventures In Pop, where we give voice to those artists who are relatively unknown to the general public, some just starting out, and others who have spent years holding on to prodigious treasures. In this release we have two very different stories. The Lia Pamina single features some impressive background figures of music history joining forces around a sweet-voiced singer to form an amazing single of europop and soft pop. And we also have the Filipino-American quintet, MARINE LIFE, giving off the luminous energy of their native California, where they write unbeatable pop songs. Join us and discover the two new releases in our New Adventures In Pop collection.

LIA PAMINA “How Come I”

Lia began singing after hearing her favorite singer, Astrud Gilberto, who, along with Claudine Longet, Margo Guryan and Blossom Dearie, influenced her vocal style. This single is one of those strange and random happenstances which results in little gems, in which the only motivation is a passion for music. Lia Pamina is a vocalist and songwriter from Castellón who previously released her songs online. That’s how her music found its way to the Texas songwriter, musician and producer, Robbie Leff (Johnny Winter, Alice Cooper, THE CRABS), who suggested they record some songs over the summer via email.

The idea for this EP comes from Lia’s contact with another great producer, Roger Gunnarsson (PUSHY PARENTS, NIXON, FREE LOAN INVESTMENTS, THE GARLANDS, THE HAPPY BIRTHDAYS), who suggested that Lia record some of his own songs. She recorded Roger’s "How Come I” and she wrote lyrics for the Spanish version, “Cómo Es”, both songs produced by Roger along with Le Prix (PUSHY PARENTS, Kylie Minogue, Sally Shapiro), creating a link between eurodisco rhythms and dream-pop textures.

Lia’s work with Robbie Leff completes the EP. First with a cover of "Kingdom Of Heaven”, written by Powell St. John and originally recorded (as were many of his songs) by THE 13th FLOOR ELEVATORS. It’s a curious mixture that leaves us with a juicy piece of pop bathed in swirls of psychedelia. The other song has a bit more history attached (a common thread in the young career of this singer). Her recordings with Leff came to the attention of Terry Wilson (ERIC BURDON AND THE ANIMALS), who offered to work with Lia and Robbie, and suggested she record the song "Whirlwind" written by John "Rabbit" Bundrick, longtime keyboard player for THE WHO and principal musician of the cult film, THE ROCKY HORROR PICTURE SHOW. The song had previously existed only on a demo recorded by Terry’s wife, singer Teresa James (THE RHYTHM TRAMPS). This version’s delightful sixties vibes evoke thoughts of THE BEACH BOYS and HARPERS BIZARRE, along with production styles reminiscent of Phil Spector and Burt Bacharach. All these big names came together to form this track: Rabbit on keyboards, Terry on guitars and bass, Teresa’s background vocals and Robbie Leff’s own production.

This 7" limited edition single contains an incredible piece of history, both old and new, but mostly a handful of absolutely delicious songs spun by the delicate voice of Lia Pamina, a name that will undoubtedly gain even more attention here at Elefant Records.

MARINE LIFE “Fool Of A Kind”

Growing up in California is key for MARINE LIFE, as is the influence of Des de Leon Nicolas’s grandfather, who was a Big Band composer and band leader. From GARY LEWIS AND THE PLAYBOYS to Astrud Gilberto, from AZTEC CAMERA to THE SUNDAYS, Des channels her inspirations, influences, and experiences into her ever-improving song-writing, which began when she was just 10 years old.

It is around the end of 2012 when, after embarking on a musical adventure called JULIE PLUG, and brought together by their fascination with the ocean, Des decided to start MARINE LIFE with her friends from San Francisco, Terry, Rob, Marvin and Rex. And this, their first 7” single, is their record label debut and a great discovery for us.

Her colorful pop takes influences from the sixties sounds, from sunshine pop, from indie-pop, from synth-pop, and from northern soul, and turns it into one of those things that makes you happy to get out of bed in the morning, no matter what day of the week it is. Can anyone resist the trumpets on “Fool Of A Kind”, a pop hit with a chorus you can’t help but sing along with, not too rubbery, but full of personality? Won’t fans of ALPACA SPORTS just go crazy over the sunniness and agility of the song “Big Sur”? Who can resist the magnetism and beauty of “Boy From B-612”, with its spacy synthesizers? What other group in the world would save the best for last, and put the marvelous “For The Camera Shy” – a prodigious northern soul piece with echoes of the BOO RADLEYS – at the end of the single?

There are more than enough reasons to follow a group who, with only four songs, have been able to make us fall in love with them and develop a timeless pop with its own personality that is tremendously addictive. Are they shoe-gaze? Are they sunshine? Are they northern soul? They are MARINE LIFE. 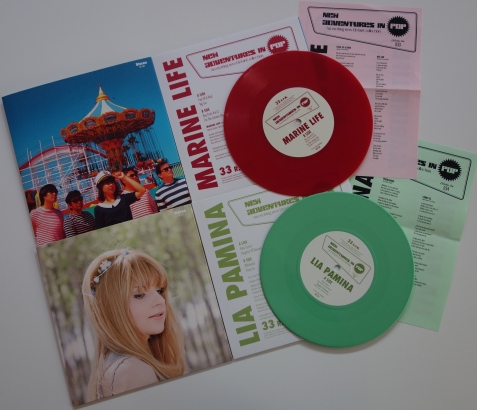