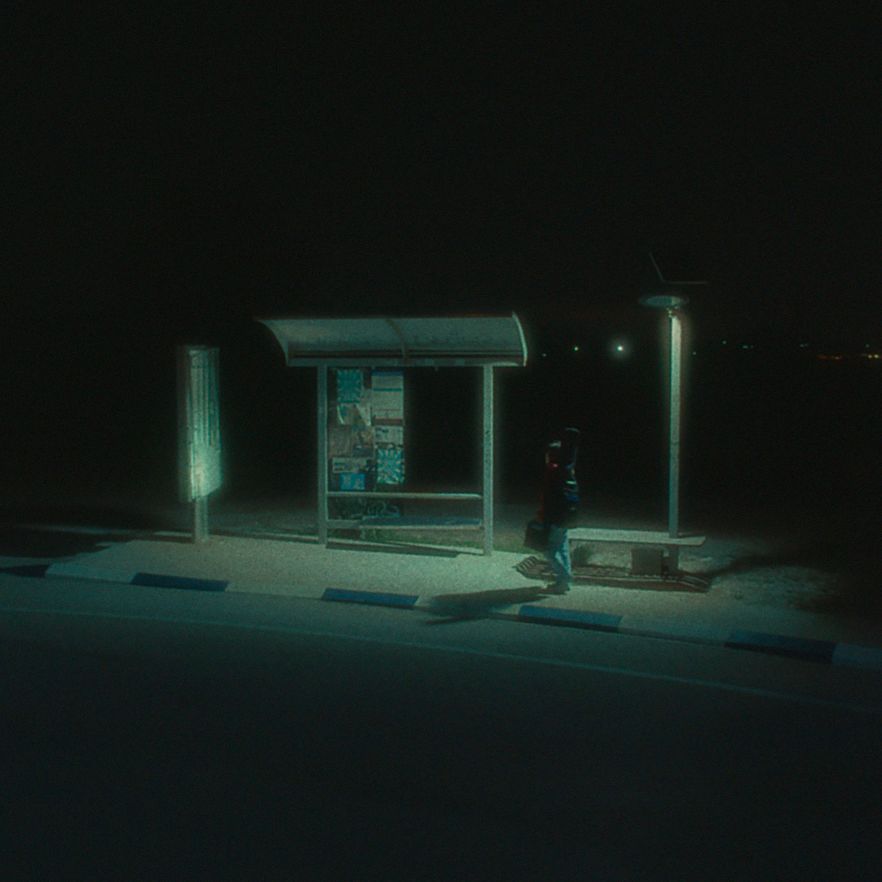 We were just discovering what Míriam was capable of in her solo career as LABORDE, beyond LISASINSON, when she released her third single with a double A-side where she began to show us her collaboration with the Toxic Pop collective – specifically with CIBERCHICO, LEFTEE and RARE. One of these collaborations was “No Te Vayas Aún”, a playful, super fun and tremendously clever song. From there, it has all been big news, inimitable songs and noteworthy surprises. And now this new release is here and our heads are spinning. Because LABORDE is re-releasing “No Te Vayas Aún” in a new, barely recognizable version. With just one guitar, her voice and subtle cushions of effects with her own vocal lines. This time, TURIAN BOY was in charge of strengthening something we barely knew to make out in the first version: the pain and sadness. The video, directed by Miguel Yubero, places this aspect at the forefront: night-time, at a lost bus stop that looks like it’s in the middle of nowhere, with the bus stop light as the only lighting, Míriam pulls out her guitar and sings the song – pure bare emotions. This release helps build up an artist who until now we have barely been able to measure up in the LABORDE songbook and confirms her as a songwriter and (even more) multi-faceted performer with so much to say, and so many tools on hand to excite us.