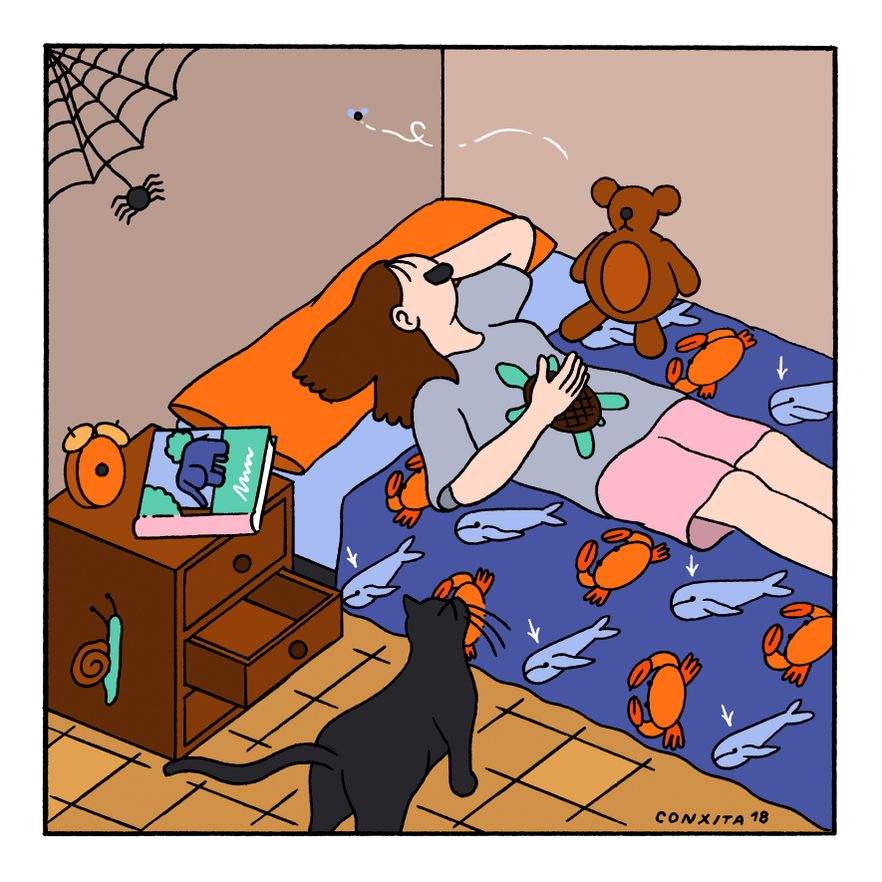 The Herrero siblings gave us a good look at their particular universe with that fantastic Mini-LP called “Abducida Por Formar Una Pareja”. Very soon we will have “Tralará”, their first full-length. Some people would talk about maturity, but they are allergic to that word. Others would talk about a step forward, but they are not moving in any definite direction. Conxita and Fermí let themselves be carried away by their overflowing imagination, and go wherever that takes them. Without restrictions. Without prejudice. And sometimes, without reservation. No matter what happens.

Because their thing is to make the naive seem mature, and the grown-up seem innocent. It’s pure magic. What’s more, it’s a healthy exercise. How to laugh at yourself and reinvent yourself in an impossible way, all at the same time. And as proof, this taste of what will be that anticipated album: “Animales” is a perfect introduction. Dreamy and fragile, yet exultant. The most exact way they can be defined. It’s a kind of confession. Because that’s how they are. They don’t see themselves like other people. They don’t want to be like everyone else. And that’s why they have built their own world. The one they put together around a small yellow wooden chair in a video that goes with this advance Digital Single. Like fish and turtles, snails and other kinds of animals. They feel closer to them than to humans. They look at them strangely, because they don’t understand them. Or they do. But they don’t want to be like them. Like we said, it’s an invitation to their universe. Are you like that? Boring? Predictable? Are you following a plan?

Like the first chapter of their story “Tralará”, “Animales” is a perfect epilogue, a portal to a ton of surprises that we are sure will not leave you untouched. Yes, of course, because that’s what they are all about. Imagination and fantasy are their magic wand. Cynicism is their spell. The playful melodies are their magic potion. And what’s the result? Sincerely, we don’t think anyone knows. We are waiting. Impatiently.