Joe Moore is full of surprises. We get the feeling that every new release his name is on, whether they are his own projects (THE YEARNING of course, but also THE PERFECT KISS and JULIE ET JOE) or other people’s (Lia Pamina, Cristina Quesada and Maddie Mae), gives us incredible results. Lounge music, soul, girl groups, chamber pop, French pop from the 60s... Diverse styles pass through his hands like an unstoppable song-making machine, from any era, and any place. That is why this new release is creating so much speculation among his followers - will it be a new and improved version of his last work? Will there be another leap to a new time and place? What will the journey be this time?

As the title, “Only When I'm Dancing”, and the advance singles that have already been released hint, “Only When I'm Dancing”, this new album from THE YEARNING, transports us to the golden age of disco music, when the dance floor was full of excitement, melancholy, elegance and majestic arrangements (something that Moore notably excels at). When hips moved to the beat of groove and syncopation. This time, the change of sound comes with a change in singer. The angelic voice of Maddie Dobie (who is currently focusing on her own solo career, also supported by Joe himself) makes way for the elegance of Luci Ashbourne. Her mature, velvety voice is perfect for these sensual, exciting songs, many of which are aimed directly at the dance floor. When Joe began working on this new album, he imagined Karen Carpenter singing along with the music of Benny and Björn, and that is how he began the search for a new voice for these songs. Until he found Luci and discovered that his new songs fit her like a glove.

“Never Gonna Let You Go” begins like a tribute to Barry White. The chords begin, the wah wah, the piano full of class, and then comes that marvelous chorus. It is a magical song that takes us to THE CARPENTERS. “Don't Take Me To Heart” has those bass lines that are so typical of the beginnings of disco music, those Rod Temperton guitars and one of Joe’s favorite chord sequences, from “Bizarre Love Triangle”. It could not miss its mark. Another hit, one of those that makes you dance with tears in your eyes. It is like the title track (which was the debut single of this new work and the first song on the album that Joe wrote), “Only When I'm Dancing”, euphoria, excitement, “Dancing Queen” and Luci shining like a star. “Love Has Taken Hold Of My Heart” returns to certain echoes of ABBA with a base that reminds us of THE NOLANS. Vitality and a rising spirit. “Lend Me Your Love” closes side A, influenced by PET SHOP BOYS’s “Being Boring”, by Andrea True Connection, and with production in the style of a feverish BEE GEES. Once again, that ultra-catchy chorus. It causes such convulsions that just listening to it makes you dance inside your head.

“Come To Me” has a French disco base, hazy and galactic, with a sensual touch that expands over the only mid-tempo on the album. “Take A Little Look” has that irresistible and catchy kitsch touch - ABBA, Tina Charles, THE NOLANS... We’re melting. “Song Or A Dance” has a more soul spirit than disco, with touches of Motown and echoes of FLEETWOOD MAC. And now the slow song: “Keep Me In Mind”. Moore returns to one of his biggest references: Burt Bacharach. And this time Luci performs an absolutely incredible transformation into Karen Carpenter. A song like this on an album of disco music is like an oasis, a statement of intentions, a sad song, almost desperate, and further proof of Joe Moore’s versatility. And to close, “Yearning For You”: Isaac Hayes and Curtis Mayfieldmake a tailor-made suit for Olivia Newton-John, and the lyrics are a confession in and of themselves.

A new album, a new surprise, a new pleasure, a new era, changes, unpredictability, the twist… All of this and more is part of what Joe Moore offers. And us, we just keep on enjoying it. 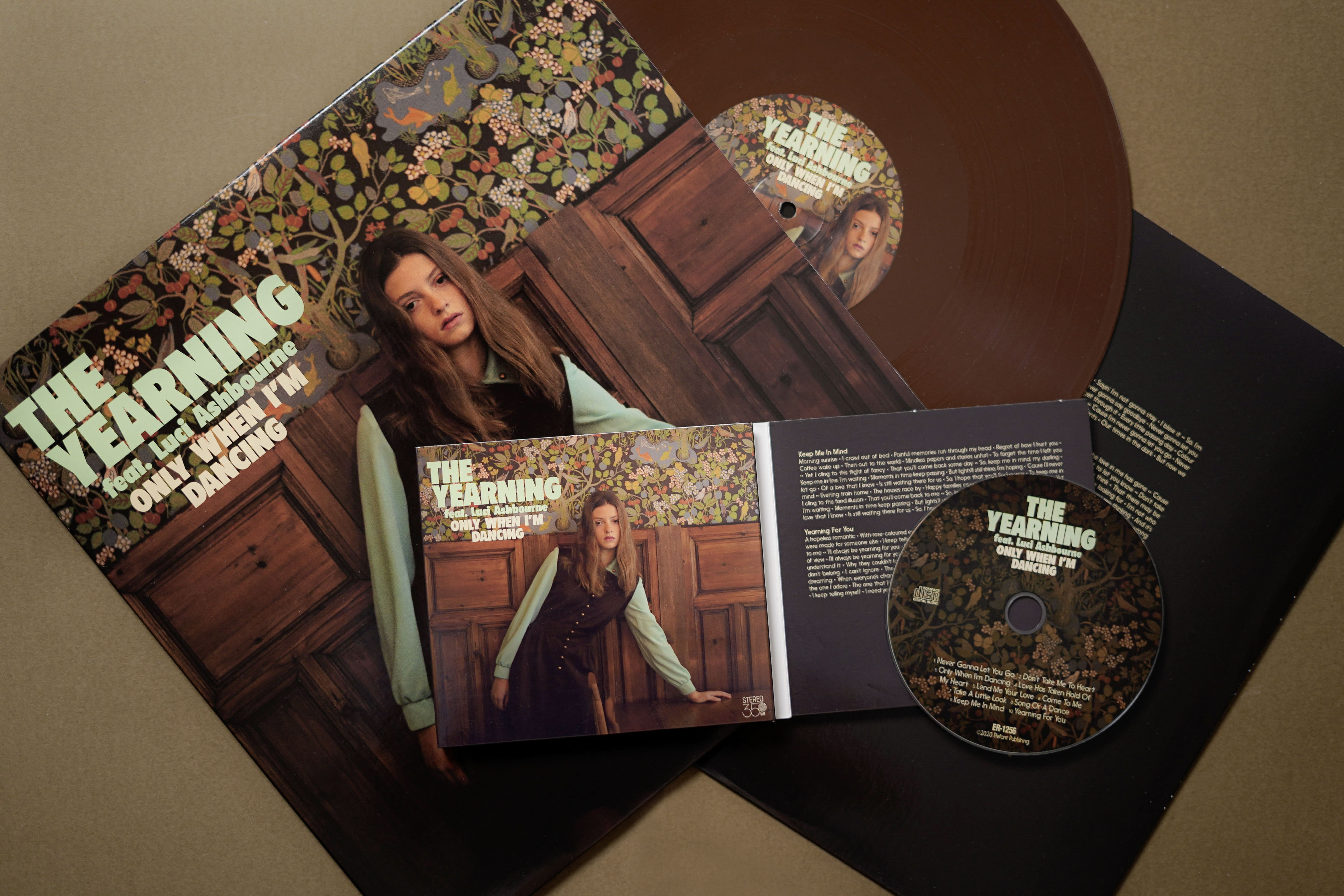