THE SILVER FACTORY: "If Words Could Kill", their new release To continue with our support of the 10” format, we at Elefant Records are releasing a Mini-LP from one of the groups that have just recently become a part of our team – the British group, THE SILVER FACTORY. A few weeks ago they released their debut single, with four splendid songs, on our collection New Adventures in Pop.

The band fronted by Fran Feely formed in the summer of 2008 with the intention of showing off their shared love of music from the sixties and indie-pop. They named the group in homage to Andy Warhol’s work studio, where he had countless events and parties. After several changes in the group’s line-up, with even Fran’s brother, Peter Feely, forming part of the group at one point, THE SILVER FACTORY settled into their definitive line-up when lead vocals were handed over to Marc Johnston (formerly of THE JUNIPERS, he was also partially responsible for the same tasks on the songs of that delightful release, “The Sun Shines Over You”). Currently, alongside Fran (rhythm guitar) and Marc, the band’s line-up consists of Matt Vinall (lead guitar), Luke Headland (bass) and Paul Hobbs (drums).

“If Words Could Kill” is the Leicester band’s grand entrance into music society, with seven songs that offer a more complete and open image of a group that is loyal to its sound. Starting with that inevitable indie-pop hit full of precious arpeggios and guitar arrangements that is the title track, via that instrumental revisiting of their “The Sun Shines Over You” that stars a sitar (and there we have the Beatles connection), we arrive at a Mini-LP full of sunny melodies that prove them to be adoring fans of the best of indie classics, along the lines of bands like CLOSE LOBSTERS, THE CHESTERFIELDS, THE TRASH CAN SINATRAS and CHOO CHOO TRAIN. “Comedown Cherry” oozes vitality amidst the thrashings of puppy love, and “The World May Brings Us Down” is so addictive and marvelously dynamic, like the earliest and best of THE STONE ROSES. “I’m Alright” is probably the song that best shows their sixties leanings, with clear tendencies toward THE HOLLIES and THE KINKS. Meanwhile, we get back to the elegance, class, and romanticism with “Flowers on the Scene”, a cross between THE SMITHS and THE SEA URCHINS.

This release will be a mouthwatering delicacy for lovers of the genre - a genre in which we have already included THE SILVER FACTORY. The band possesses elegance and a magical perfection when it comes to rounding out songs and decorating them with crystalline guitars and delicious melodies. 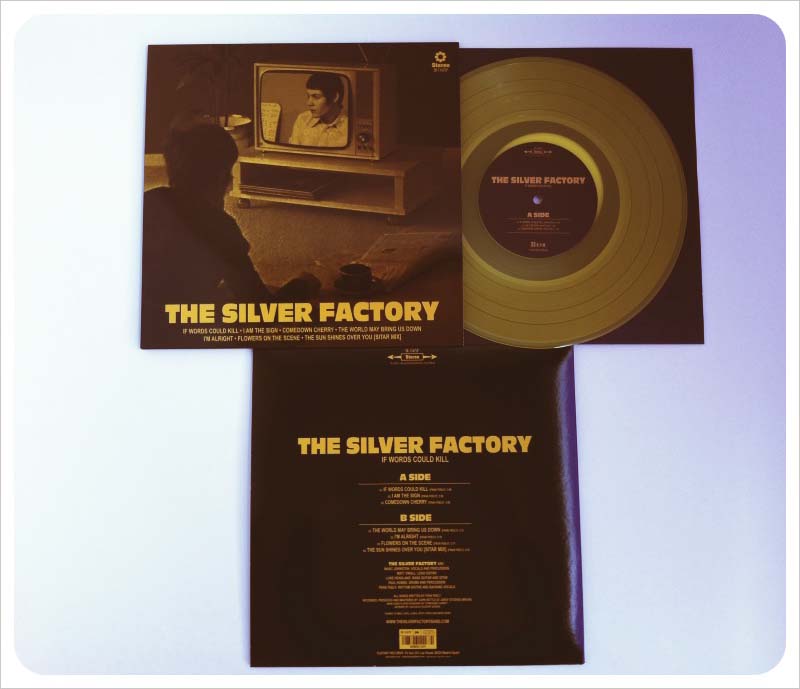 Available on our online store