NEW ADVENTURES IN POP: The latest release from our singles collection [October 2011] 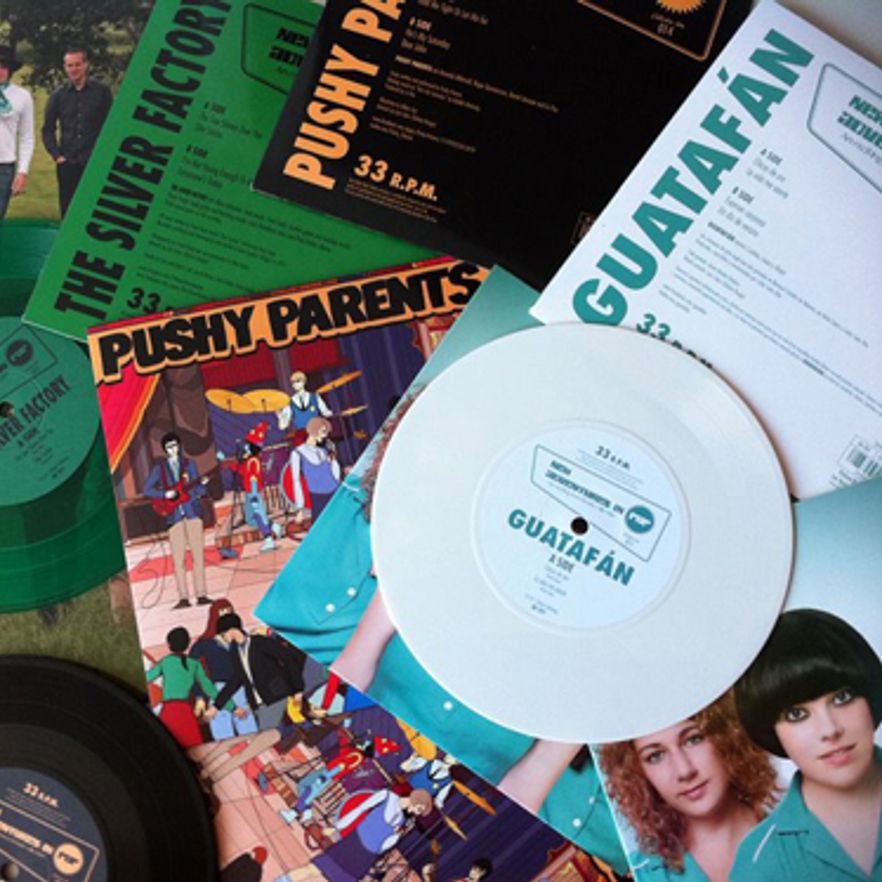 These vinyls include a free digital MP3 download [320 kbps]

At Elefant, we have always supported new ideas and interesting tunes which unknown bands have kept under wraps, waiting to reveal these songs. This is why we continue to promote our new collection of New Adventures in Pop, which has already attained an amazing repercussion with all the singles on a limited edition vinyl, coloured with groups such as PAPA TOPO, GUATAFÁN, BAND À PART, MILKNAUT, NATURE SET, ULTRANOL, JUST HANDSHAKES (WE'RE BRITISH), ED WOOD LOVERS, FOXES!, ONWARD CHARIOTS and ZIPPER. Precisely, the new presentation features GUATAFÁN, a group which reappears with a second single and as a feminine trio with new and exciting songs from HELEN LOVE, LA CASA AZUL and Japanese punk-pop. In this new pack of singles, you will also hear indie pop from the British group, THE SILVER FACTORY, a new Elefant band which is able to mix the elegance and melancholy of the C-86 groups with the melodies of groups from the sixties such as THE HOLLIES and THE ZOMBIES. Last, but not least, there’s also a tune from one of the latest Swedish group we have signed, PUSHY PARENTS, a supergroup born to solely express themselves in a studio, with a fresh and ground-breaking sound, with guitars reminiscent of THE SMITHS and rhythmic hypnotism and ambience of BROADCAST and sweetness of EVEN AS WE SPEAK and energy like that from THE RONETTES. All these factors give rise to a passionate and tremendously addictive and danceable sound. The collection has new references for the Elefant family which we are incredibly proud of—so much that we are currently preparing the next release of singles which will include three national groups: LOS BONSÁIS, CAPITAN SUNRISE and KOKOSHCA.