I Really Thought You Were Dead [En]: The Primitivies 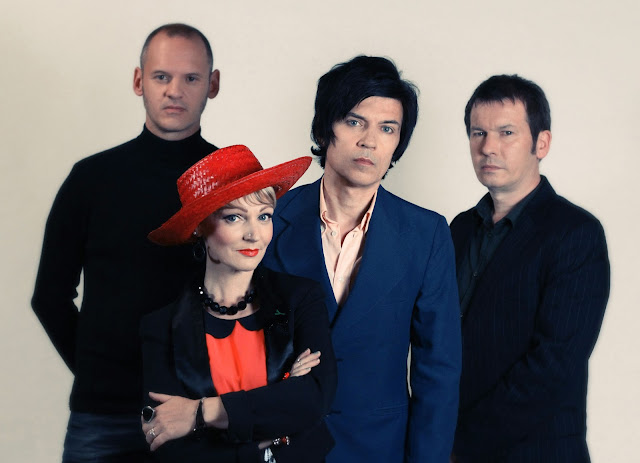 THE PRIMITIVES - ECHOES & RHYMES (2012)In many ways it was The Primitives that inspired this blog. Stumbling over the fact they had reformed, toured and released not one but two great albums, threw me for a six. It was just so out of the blue and completely unexpected sixteen years after they broke up.I first came across The Primitives in 1986/87, picking up the early singles like Thru the Flowers, Stop Killing Me and Ocean Blue, from the import record store. With all their jingle jangle guitars, pop hooks and Tracy Tracy's cupie doll, girl group vocals, they were ticking all my boxes. Really Stupid was a bit more Ramonesy, so really, my cup runneth over.In 1988 the first single from Lovely was released. Crash instantly became one of my favourite songs of the year, the decade and of all time. It starts with some Johnny Marr worthy jangly delicate guitar which smashes to a dead stop before the chugging guitars and Tracys vocals start.Here you go way too fast
Don't slow down you're gonna crashYou should watch, watch your step
Don't look out you're gonna break your neckBy now I am already in love with this song. And then. The power chords kick in. There's no frills, just straight ahead simple power chords D, G A and GSo shut, shut your mouthCuz I'm not listening anyhowI've had enough, enough of youEnough to last a life time throughBy the 1:40 mark they are throwing every single power pop trick into the mix. Handclaps, glorious backing vocals and a sing-a-long Na Na Na Na Na's. It was the kind of song that I could never just listen to once. The fade just made me hungry for another spoonful of musical sugar. It is a classic power pop song. There is a girl being very much in charge of telling the story over super catchy beats and jangle guitars PLUS power chords and hand claps and oh my god I better hit play again. Go and take 7 minutes to watch this twice and see what I mean. We'll wait for you. 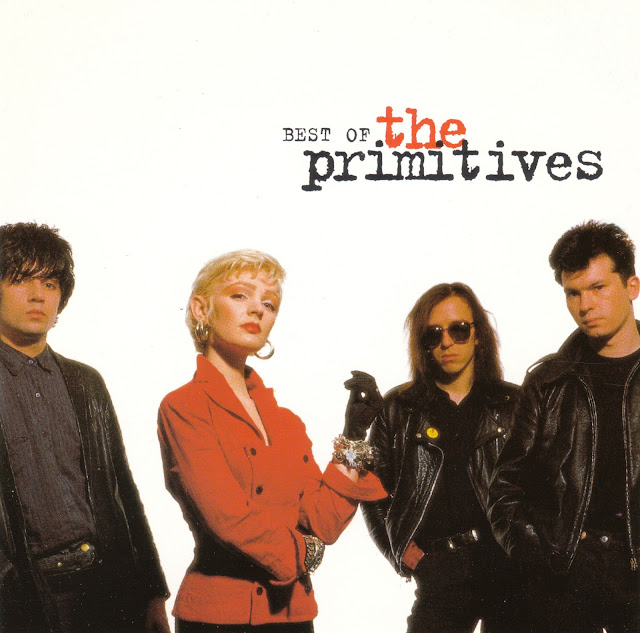 See what I mean. Magnificent!

I was really fond of the 12" single too, which had a stripped down acoustic version of Way Behind Me and a killer 'beat' version of the song All The Way Down from the Pure album, which has an amazing organ solo in the middle. Soon after the release of Lovely, they released Way Behind Me (later copies of Lovely had it tacked on because it was a hit single but it was actually the first single off the second albumPure). Like Crash before it I was hooked in the first 10 seconds. The guitar, the finger clicking, the frantic beats and shimmering vocals about being over somebody, moving on and leaving them 'way behind' you. It's an epically great record. I can't find the proper video, with Tracy clicking down the wet street in her high heels, before the finger clicks start. This is still pretty good though.

By now I was buying all the 7" and 12" singles to make sure I was getting all the b-sides. Pure was released 1989. The third album Galore came out in 1991 and didn't do as well, despite Lightning Seeds genius Ian Broudie doing some of the production on it. It is still a great record and You Are The Way andLead Me Astray cracking singles. But the die was cast and after the albums release, they split in 1992.

Fast forward seventeen years and their original bass player Steve Dullaghan passed away in 2009. Shortly after that they reformed to play a few shows with a new bass player and in 2011 released an EP with two original songs and two covers of obscure 60's songs. In 2012 they released a whole album of lesser known covers of 60s songs by female fronted songs. And this is where I came back into The Primitives orbit. Echoes and Rhymes is chock-a-block full of fantastic 60's pop, that sound like songs you already know although you probably don't. Turn Off The Moon was the b-side of a single by Sue Lyon an American actress who appeared in the Sinatra movie Tony Rome and was the lead in the 1962 version of Lolita.

'm Not Sayin' was written by Gordon Lightfoot, but Nico did a version of it in 1965 and The Primitives version does sound very Velvet Underground. It's not sung by Tracy, but by Paul Court, the bands guitarist who had sung lead on other tracks (All the Way Down for example).

The production on the album is super bright sixties pop. There is a psych-pop song calledSunshine In My Rainy Mind originally by another US actress who recorded an album in the UK early 70's. Polly Niles was in Superfly. So that's the kind of obscure we are talking here. There are tracks originally performed by Jackie DeShannon, Sandy Posey, French pop star Laura Usher and little known soul singer Little Ann. Time Slips Away was an album track by Netherlands band Shocking Blue, who had a massive hit with Venus. Basically, Echoes and Rhymes is a close to perfect I Really Thought You Were Deadcomeback record. It's a great record, full of excellent catchy songs you haven't heard before (even if they are all covers), that doesn't stain their original releases or taint their legacy for long term fans. It's not embarrassing. Most of all it sounds exactly like the band I loved almost thirty years ago. 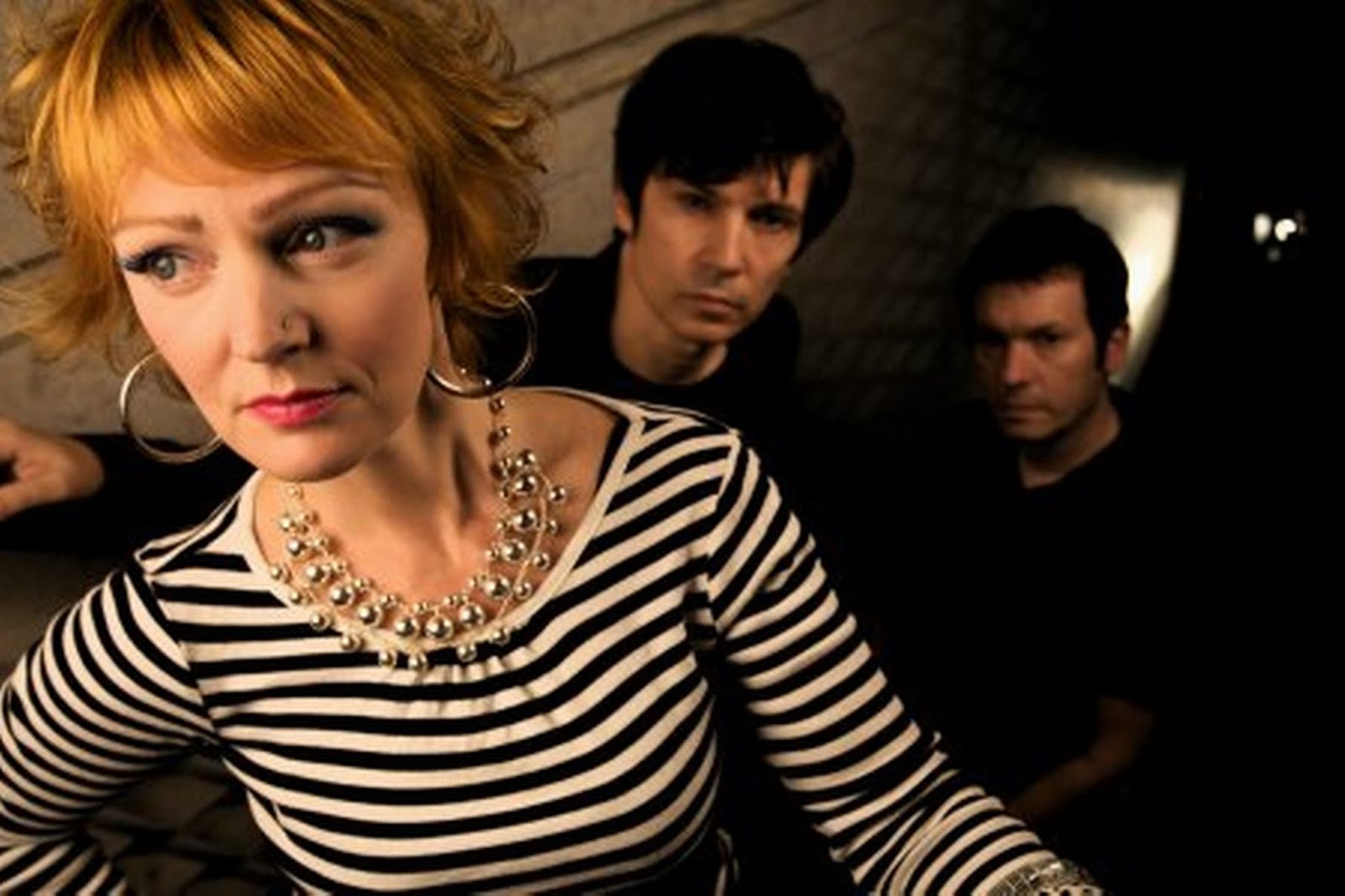 They have since released a new original album called Spin-O-Rama which is equally terrific, I'll cover that in another post shortly, but feel free to track it down yourself in the meantime.Thanks for dropping byIan