Do you remember that album called “ABBA Canta en Español”, on which the acclaimed Swedish quartet revised some of their greatest hits with lyrics translated into Spanish? Well, STEREO TOTAL have refined this idea. What could have been an album of the Berlin-based duo's most prized songs revisited in Spanish (this isn't the first time they have shown their passion for singing in various languages, like French, German, English, Italian, Turkish or Japanese), has ended up also including a small yet incredible collection of versions (another of their passions, and yes, also in Spanish), the majority of which are exquisitely selected from the Spanish pop songbook of the last decades. And after more than 15 years giving us addictive pieces of the best Electro-pop (with touches of Punk, Disco, New wave and Garage), Françoise Cactus and Brezel Göring couldn't approach this furtive and agile look back differently: unprejudiced, with a mischievous attitude and above all enormously fun and enjoyable. This is how we should take the revision of songs like “No Controles” from OLE OLE (written by Nacho Cano for what was the group's best single in 1983) that was also the title track of the album, “Voy a Ser Mamá” by ALMODOVAR y McNAMARA (electro-punk band of film director Pedro Almodovar at the beginning of the 80’s), “C'est Fini” by LA CASA AZUL made punk, or the hidden track, available on the CD version of the album, “Un Rayo de Sol” by LE MANS!. 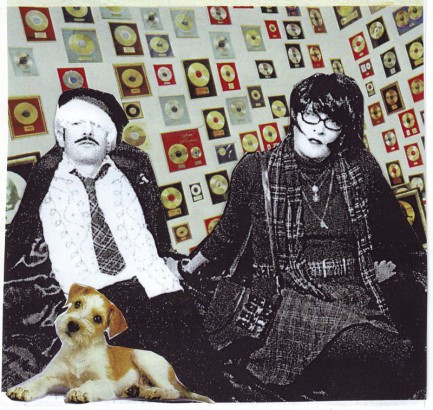 It is surprising to be able to listen to these songs oozing through the STEREO TOTAL filter and sung in Spanish with that familiar French accent. And what's more, we have the occasion to enjoy songs from all of the stages of the group again, including two songs from THE LOLITAS (“El Chico de Anoche” y “Tocame”), the group that Françoise made her name with in the middle of the 80s, and who released four albums in France and Germany. “Wir Tanzen Im 4-Eck” is now “Bailamos en Cuadrado”, “Everybody in The Discotheque (I Hate)” is rebaptized as “Todo El Mundo en La Discoteca”, “Plus Minus Null” is “Más Menos Cero” and their incredible “L'amour à 3” is “Amo Amor a Tres”. What this means is, we are witnessing a reinvention, an ephemeral rebirth; a different language, songs in different forms (many of them mutate most curiously)… All of this is effected with that rebellious and non-conformist attitude, accentuated by a surprising touch of rock'n roll (which already had a starring role on their last studio album, “Paris-Berlin”, the most represented album on this complication) and with the guarantee of one of the best contemporary hit-makers. As if looking back were just an illusion, a way of thinking in order to live the present more intensely.

An abundant banquet, an unrepeatable menu, with sophisticated French aromas, the strength of German raw materials, and that sunny seasoning of the Mediterranean diet, all loaded with spice, Tabasco and cayenne. A musical orgy, barbaric, ruffian, in which sex plays an important role again, where KRAFTWERK practice a libidinous game with the Welsh masses, and the RAMONES declare a pillow fight with the UNDERTONES, while URSULA 1000 plays songs in a stellar bacchanal. And since it couldn't be any other way, STEREO TOTAL return to compel and surprise us, making their own path, ignoring all the known and unknown rules, destroying the concept of the compilation, adapting it to what they want, to what appeals to them, giving us the gift of so much hedonism and lust for life. And I can assure you that when you finish “No Controles”, it becomes contagious. Go see if you catch it.