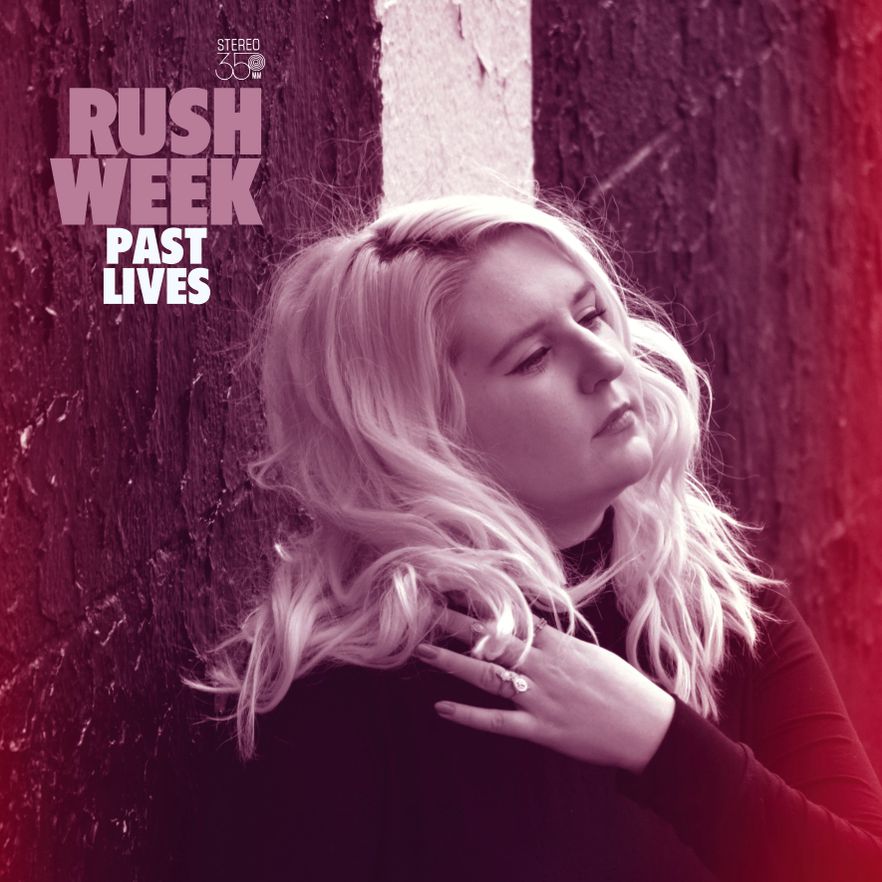 The way that RUSH WEEK’s music, with its filter of elegance, melancholy, and class, can work as a reflection of what music made today could be, is absolutely incredible to us. But yes, the work that Rachel K. Haines and the producer James Benjamin Thomas have done has a good part of the ingredients that many of the musicians on the sales lists try to combine: diverse bases, good production, recycled influences from the eighties, clear and pristine choruses, the focus always on the dance floor, touches of Latin. “Past Lives,” their new work, makes clear the inspiration and hard work they put into such a complicated and at the same time exciting task.

To really break down and investigate these affirmations, it is important to dive carefully into each of the songs. Let’s get into it. To start things off, “Holding Back The Tears” has the melancholic tone of tropical air of “Slave To Love” by Bryan Ferry and the energy of Leona Lewis. “Best Laid Plans” has that sinuous bassline from the best of Michael Jackson, the chorus of a luminous Lorde and the white soul spirit of TEARS FOR FEARS. “No Tag Backs” is one of those ultra-radiable hits, with that base of Latin echoes, with the melody set on artists like Adele, and that contemporary R&B touch of singers like Dua Lipa. “Diva” goes straight for the eighties, with an ultra-pop song, that is clearly in debt to SOFT CELL, but that also clearly enjoys a martial bass a la ELECTRIC YOUTH and that is tied to RUSH WEEK’s discourse with the best of the groups remodeling eighties music, like CHROMATICS and TWIN SHADOW. “Higher” goes back to those Latin and tropical echoes, falling back on the sunny part of a multi-chromatic proposal that touches on calypso, dub, and cumbia to then move into a universal and irresistible pop chorus. “Thirsty” and “Solo” are two magnificent examples of R&B full of spite and desire but with so much class it would leave Rihanna, Beyoncé and Kelly Rowland speechless. “Sugar Daddy” is pure PRETENDERS with certain touches of Italo-disco that would be the perfect soundtrack for a John Hughes movie. “Faded Love” has that disco air that DAFT PUNK recovered so well, making a super hit that would not be unworthy of being included on a Madonna setlist. And to finish, the title track of the album sums up the multiple sensations produced by listening to the album, like how everything others have done before us to a certain extent leaves a mark our own lives, but also opens infinite possibilities for our own personal freedom.

If we look at all the names, it is enough to make our heads spin a little bit. But the best is that we can sum it up in just one word: pop. The best pop around. Impeccably made, prepared and produced, with celestial voices that go straight to the heart, like an arrow through the core of an apple. And so “Past Lives” is an exercise that mixes nostalgia with the here and now, capable of interweaving sounds like that patent pop spirit that is so recognizable and also so unique.