It’s always exciting, and equally difficult, to introduce a new group to the general public. How do you figure out in words what their music is and express it to receptive ears in a way that doesn’t demystify it or seeming grandiloquent? But we enjoy exploring new, different worlds, like the one RUSH WEEK offers. The duo from Philadelphia was formed in 2016 by Rachel K. Haines and the producer James Benjamin Thomas, who update the NU Disco, Soul and R&B sounds from the end of the seventies and beginning of the eighties. Their first album, “Feels”, sounds like the elegance and melancholy of ROXY MUSIC and TALK TALK, modernized with ST. VICENT, Étienne de Crécy and JUSTICE, with an irresistible pop filter that brings it closer to TENNIS’ more recent songs, and that also feeds the dance floor. 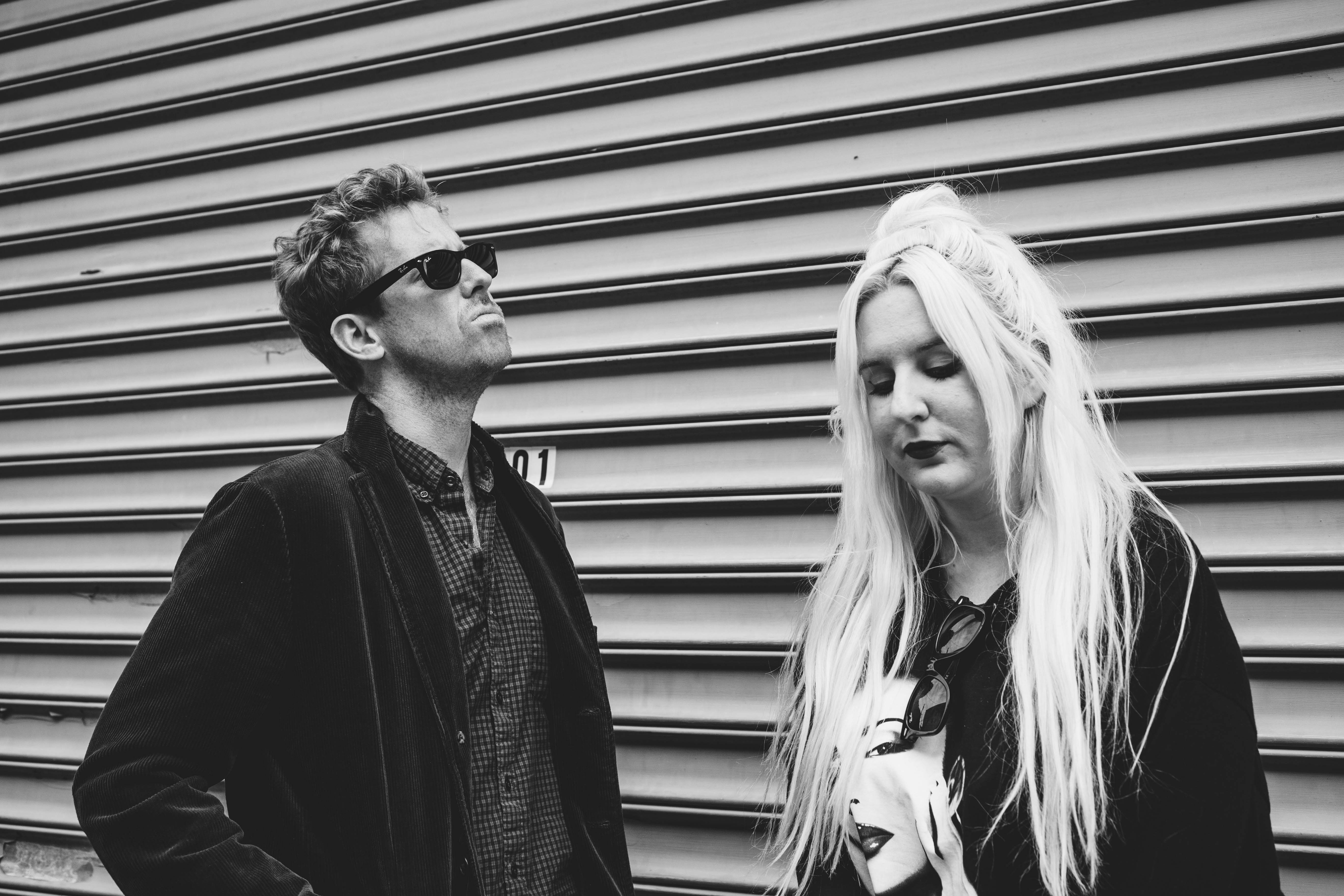 To start things off, “Feelings” breathes life into the New Jack Swing, and gives it a sense of mystery and of emotional strength, like a version of THE XX full of light. It’s just enough to express an abstract, intangible, but powerful feeling. “Stranger Danger” talks about the mysteries of the night, of fear and danger, but with sweetness and an addictive chorus, and a melody that brings us back to Cindy Lauper at her most enchanting. On “Crush”, we can see RUSH WEEK’s disco vocation more clearly, on a song that would play non-stop on the MASTERS AT WORK’s stereo, and that Kylie Minogue,Sophie Ellis-Bextor and Sarah Cracknell would be thrilled to sing, just to get an idea of the range we’re dealing with. Songs like “Be Like Mine”, on the other hand, are where we can most clearly see the reality of what they’re offering: a song that can evoke a contained Ellie Goulding, the elegance of WARPAINT, a chorus that Philip Oakeywould adore… And pointing out the influence of the best-selling producer Greg Kurstin makes everything perfectly clear. Or it does just the opposite. This definition is slippery, unpredictable, but always exciting. “Under The Gun”, one of the group’s oldest songs, develops the silkiness of Tracey Thorn and EVERYTHING BUT THE GIRL toward poppier, more luminous territory, to narrate a journey along California’s coast.


The B-side opens with “Barcelona”, an imaginary party celebrating the ’92 Olympic Games that DAFT PUNK could have DJ’d at; a summer night that we don’t ever want to end where everyone loves everyone else and we’re having fun and dancing, dazed by the first light of dawn. “Slide” follows, slowing things down a notch; it is a song for the night and for freedom, and could have fit perfectly into the “Drive” soundtrack. “Young” takes a new turn, with beats, with a more syncopated, faster-paced base that takes them closer to the territory of Lana del Rey or Lorde. But they always have their priorities in the pop perspective and the melody, planning out emotional vengeance after one of those toxic relationships that consumes everything, the same way that the chorus of this song sets you free. “Last Dance” is an offering for the dance floor: vital, luminous, catchy, and where Nero Catalano’s participation with the bass turns out to be crucial. Curiously, the closing track, “Better Off”, comes out of the darkness, with that storm in the background recorded in New York on a rainy Sunday in November, giving the smoothness of Sadewith the downtempo ambiance of LAMB.

As we said, it is tremendously difficult to describe RUSH WEEK’s music, considering that in the different songs the references jump from one decade to the next, dancing between styles and bringing us closer to the future of pop. The title of the album itself is the best definition of their music, but it there is definitely a word that can express what we can find on “Feels” and that word is “emotions”. On the surface and running high. If there are any gaps, fill them in yourselves.