Almost without a break, making the most of the final stretch of the extensive tour supporting “Psiconáutica” that has taken them through the majority of Spain as well as some European cities and festivals, LINDA GUILALA take their latest step forward with a limited edition vinyl single called “Primavera Negra”. Leaving behind the hits from an album that brought them wide renown both nationally and internationally, this new release from the group formed by Eva, Iván and Mari continues embracing that disconcerting, uneasy wall of sound inherited from MY BLOODY VALENTINE, but here it becomes melancholic and dreamy, far from the urgency that prevailed on their last album.

Primavera Negra, recorded again in Kaiju Studios in Vigo, produced by Eva M and mastered by Xavier Alarcón, draws attention to the personality of a group that is a master of sonic parameters, and who uses them to serve the turbulent emotions they deal with. That disillusionment that is so present in their lyrics is present on this Single, that whirlwind originating in spiritual questions that were also evident in the video for “Abstinencia”. This Single is confirmation that, fortunately, LINDA GUILALA is in enviable, inspirational shape. 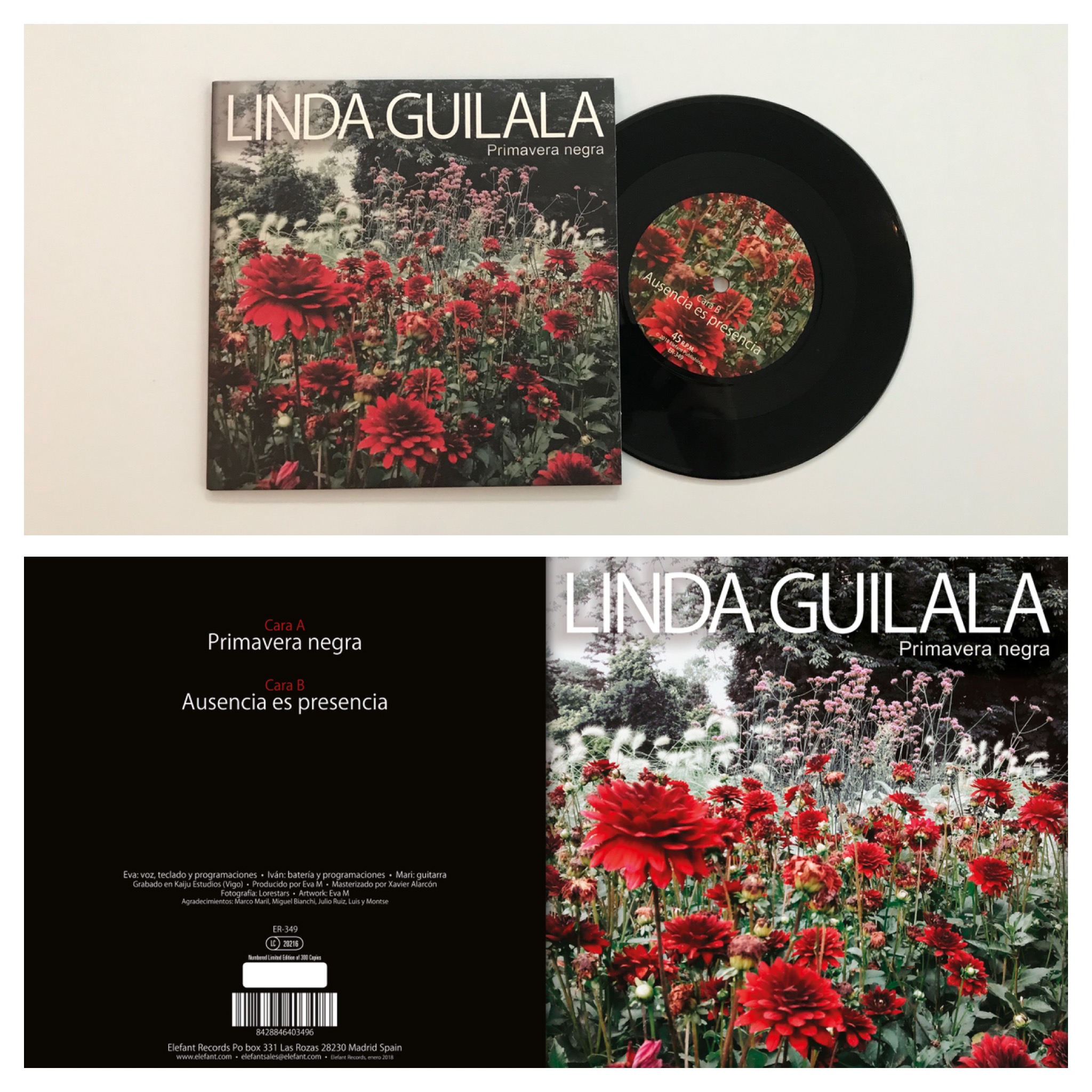