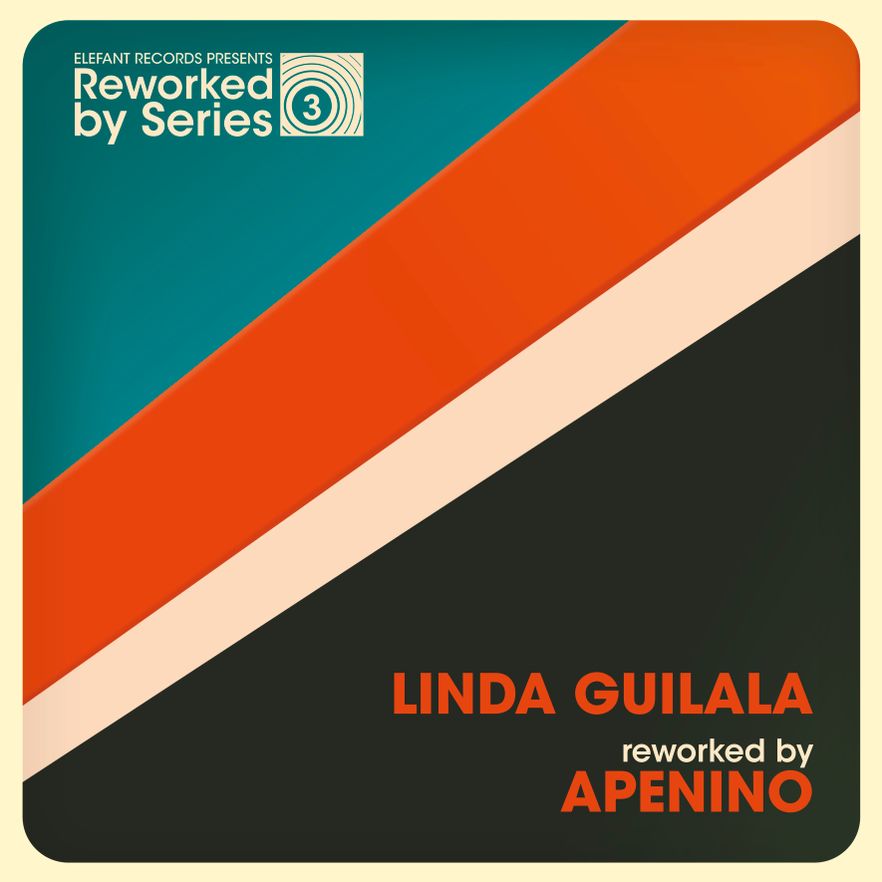 A few months ago, we started “Reworked By Series”, Elefant’s new collection of singles, based on the idea that some artists could offer their own vision of songs by other artists on our label. So far, “Reworked By Series” includes revisions of ATTIC LIGHTS by LA CASA AZUL, and THE PRIMITIVES by MODULAR. But what APENINO has just done with LINDA GUILALA transcends our initial idea and has opened the boundaries of the concept of this collection. It’s a more conceptual project that Marco Maril went about obsessively like a personal challenge: reformulate “Psiconáutica”, the most recent album by his Galician friends. That’s why the third release in this series is a full-length format.

We would dare to say that this digital album reminds us at moments more of DAR FUL FUL (the deeply missed project that Marco fronted with Xavi Font) than of APENINO, though in the end, oddly enough, we’re sticking with the fact that the album that reformulated LINDA GUILALA gives us the most complete creative profile of Marco Maril that we’ve ever heard. The patterns we have come to know over the length of his career are there – the ultra-melodic electronic pop (“Cosas Nuevas”) and the electronic landscapes (“Ansiedad” and “Monstruo”) – but new qualities are added here – the epic synth-pop of “Fobia Social I”, the DNTEL- esque clicks’n’pops and pop abstraction of “La Última Vez” and “Accidente”, the flirtation with trance on “Cayendo” and “Abstinencia”, and the Casiotone pop of “Fobia Social II”.

This is a surprising process, where we can sense a special feeling, which we understand perfectly when we read Marco’s ownwords, when he talks about the birth and development of this album:

I remember the day Eva and Iván came to my house with the finished “Psiconáutica”. It’s hard not to. “Psiconáutica” played from start to finish, without a pause to come up for air. Breathtaking.”

I had heard some songs individually, in practice spaces or on early demos. Eva and Iván had been my on-stage company back when I was promoting my last album, “Viravolta”, and in those early days of their new work our relationship had grown closer. They were tough times, emotionally, which became the lyrics and melodies. Heartbreaking stories that were looking for a crack to slip out of and stay buried somewhere, without being forgotten, to alieve the pain.

Beneath a blanket of distortion and dreamy melodies, Eva and Iván faced their demons in order to leave them behind. To try to, at least. And there they were, transformed into raw beauty. Direct. Without the usual grooming and glossing.

“Psiconáutica” shines with a great story, astonishing for the simplicity and solidness it was built with. Direct, upfront and without cracks. It has the elements and precision needed to stand the light from different points of view. Night and day; hot and cold.

That same day, we talked about the possibility of looking for a new life for “Psiconáutica”. I felt the need to sink into it as far as possible and pull out the beauty that was so clear. To give it a new point of view, my own… With their permission and trust, of course.

And a few days later I took the initiative and started working on the “rework”, without knowing what was going to happen.

The first was “Monstruo”. It was my favorite song from the very beginning and still is today. This song holds the essence of the album; it still gives me the chills today and I admit it wasn’t easy emotionally. I went over and over it in my head for a long time, thinking about it, trying things… Until one day I dreamt about it. I remember waking up with the idea in my head and I went straight to work on it and didn’t stop until I was done.

The following songs came out more or less fluidly. In general, I waited until the idea came into my head. I spent weeks and sometimes months with each song, mulling over ideas, doing and undoing. But always with a few premises in mind: it had to be something special and, at the same time, respect the feeling of the originals. The process was turning out to be exciting; there have been few times that I have enjoyed it so much.

Though we talk about “remixes” here, to give it a name, I knew for sure that I didn’t want to do it as it’s traditionally understood. I wasn’t thinking about the dancefloor, I was thinking about building something that could stand up on its own. Undressing the songs and building them up again. Trying new, different things for each song but that ultimately held together with one identity… And that it was still compatible with the marvelous “Psiconáutica” that we already know”.

Of course the noisy, psychedelic spirit of LINDA GUILALA has greatly inspired APENINO and helped both artists reach an unprecedented result. This is the spirit of the “Reworked By Series” collection, and we are tremendously happy to see that these goals have been reached. But we are especially excited to discover the magic that comes from the chemistry of a collaboration that goes beyond the musical.