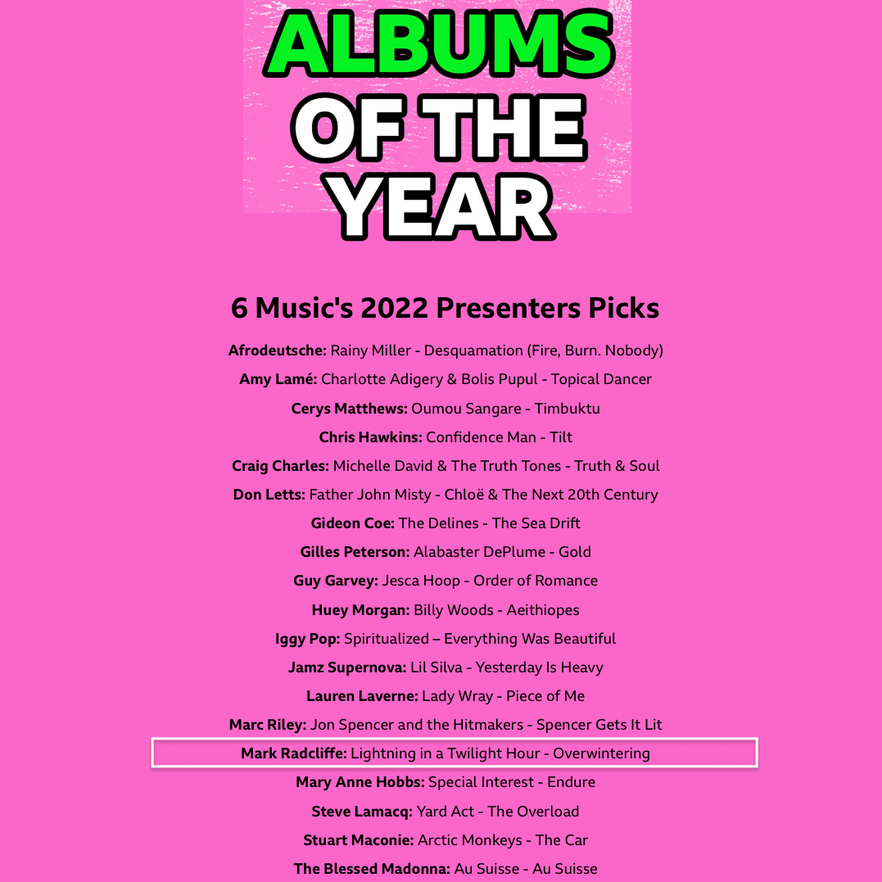 This past November 29, BBC 6 Music announced the albums of the year for the different announcers that are part of the radio station. Each announcer mentioned one album and Mark Radcliffe chose “Overwintering” by LIGHTNING IN A TWILIGHT HOUR which will be included in the playlist created by BBC 6 along with the rest of the selected albums and will also be a featured album on December 26. This is a new landmark in Bobby Wratten’s extensive career, as he was a part of the beloved group THE FIELD MICE in the eighties, then NORTHERN PICTURE LIBRARY, and later founded TREMBLING BLUE STARS. In 2004, our greatest dream came true - he signed with Elefant Records to release his last albums as TREMBLING BLUE STARS for the world and begin his next adventure, LIGHTNING IN A TWILIGHT HOUR, under our wing. This is recognition for a sublime album that works within the diverse parameters that have characterized Wratten’s career: melancholy ambiance, a pop spirit and sonic experimentation. It is an album full of great songs, on the surface emotions and inspiration from a unique personality in the history of pop: Bobby Wratten.