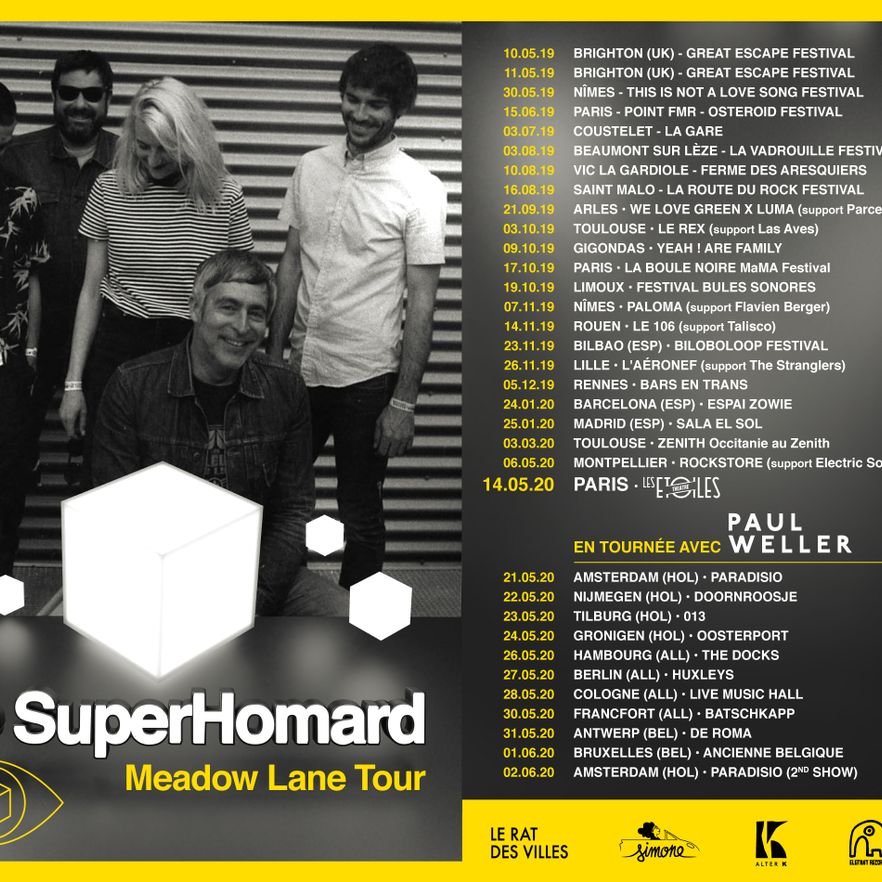 The elegant analog and spacey pop universe of LE SUPERHOMARD that they made clear on the marvelous “Meadow Lane Park”, and the audiovisual esthetic the do up so well, has not been overlooked in the media or the public in general, as confirmed by their intense tour that went through countless European festivals and countries in over 30 days. In Spain, they were recently in the Bilboloop Festival, and soon they will be performing in Madrid and Barcelona. They have opened for bands like PARCELS, ELECTRIC SOFT PARADE and THE STRANGLERS. But the cherry on top of this amazing collection of dates goes to the man who was once the lead singer of THE JAM, Paul Weller.

Last year, Weller chose his ten favorite songs of 2018 for UNCUT, and he included among them “Black Diamond” by LE SUPERHOMARD. But it seems like their musical chemistry doesn’t end there, and he himself has asked the French band to open for his shows in Germany, Holland, and Belgium, at the end of May and the beginning of June. This is all further proof that what LE SUPERHOMARD has to offer is one of the most interesting things to come out in the last year in Europe, and it is an opportunity to celebrate their virtues on the stage, which we will be able to check out in these parts soon enough. 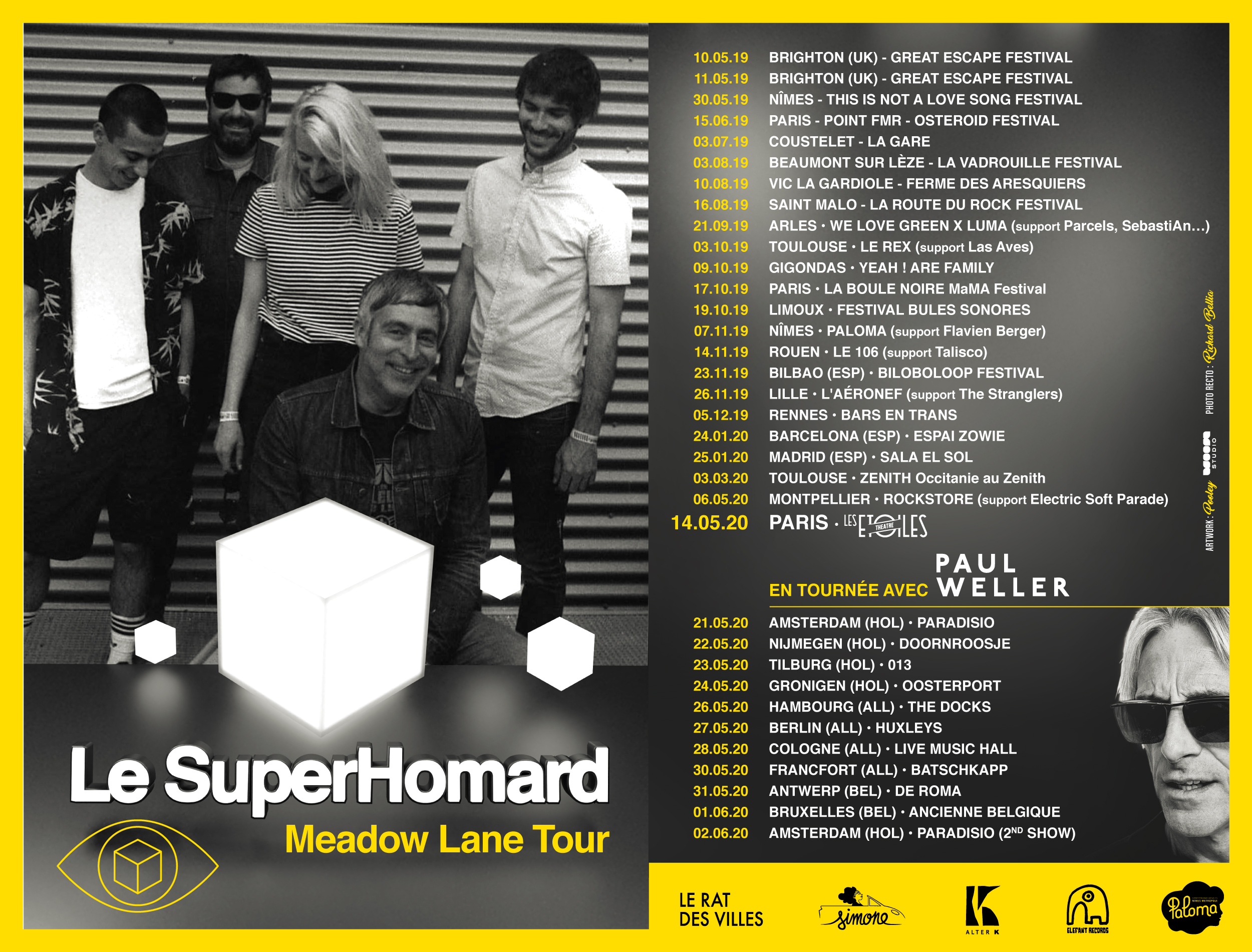