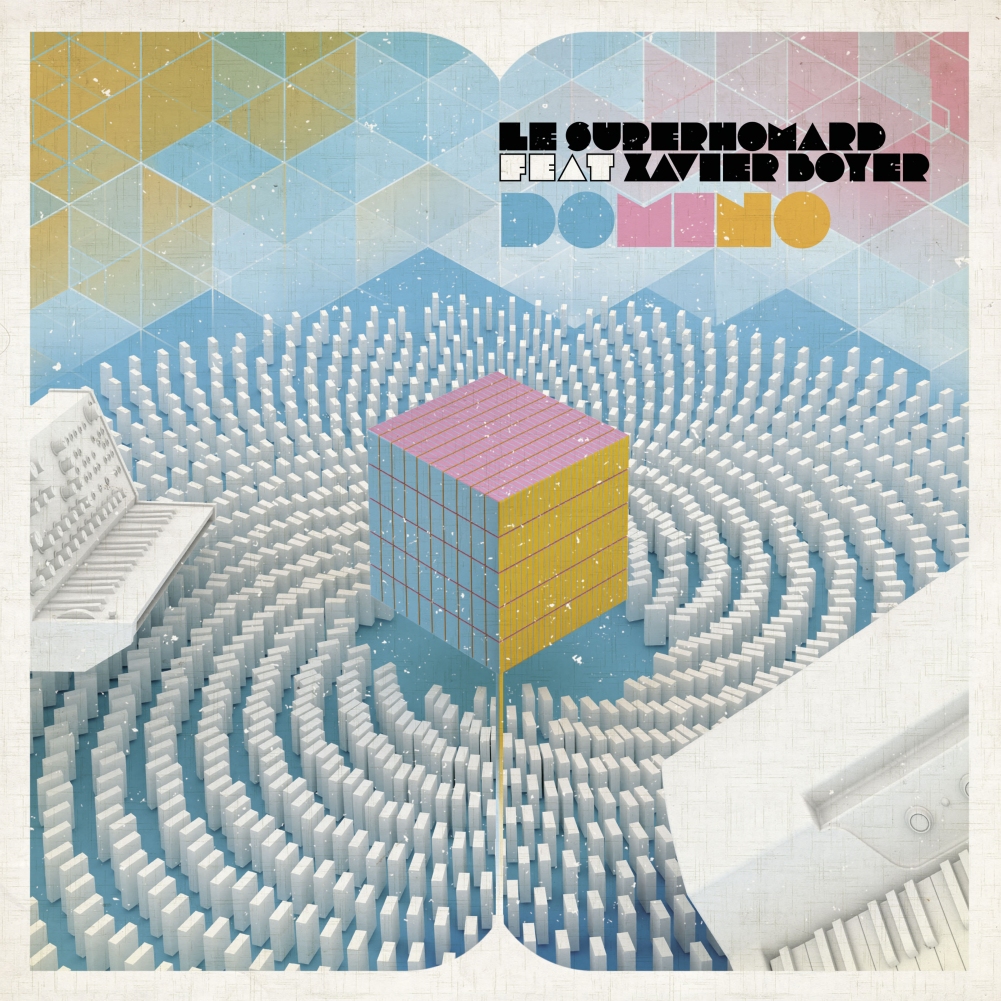 “Meadow Lane Park” made it clear that there is more to LE SUPERHOMARD than inspiration. What versatility. The ease with which they play with styles, the way the move from the most psychedelic, martial kraut-rock to synth-pop and the most addictive euro-disco, makes them one of the juiciest options to appear on the European scene recently. That is why their joining forces with Xavier Boyer, the singer from TAHITI 80, to release this Single called “Domino” is such wonderful news.

Christophe Vaillant (LE SUPERHOMARD) and Xavier himself have been friends for many years, so it is only natural that the latter suggested celebrating the release of LE SUPERHOMARD’s first album with a two-song collaboration, the above-mentioned “Domino” and “Gentle Wind (The American Spring)”. And what can come out of such a collaboration? A couple of undeniable hits. Disco-funk with electro touches, ROOSEVELT like outpourings, Xavier’speculiar voice accompanied by LE SUPERHOMARD’s electro-pop elegance, luminous choruses, marvelous string arrangements…

Two songs that were being given away with a CD that came with a special edition of the album released in Japan and that is now going to be available on the rest of the planet as an exquisite 500-copy numbered-limited-edition 7” white vinyl piece, with a trademark video, another esthetic and geometric fantasy, by Pooley (Woom Studio). Don’t miss it!