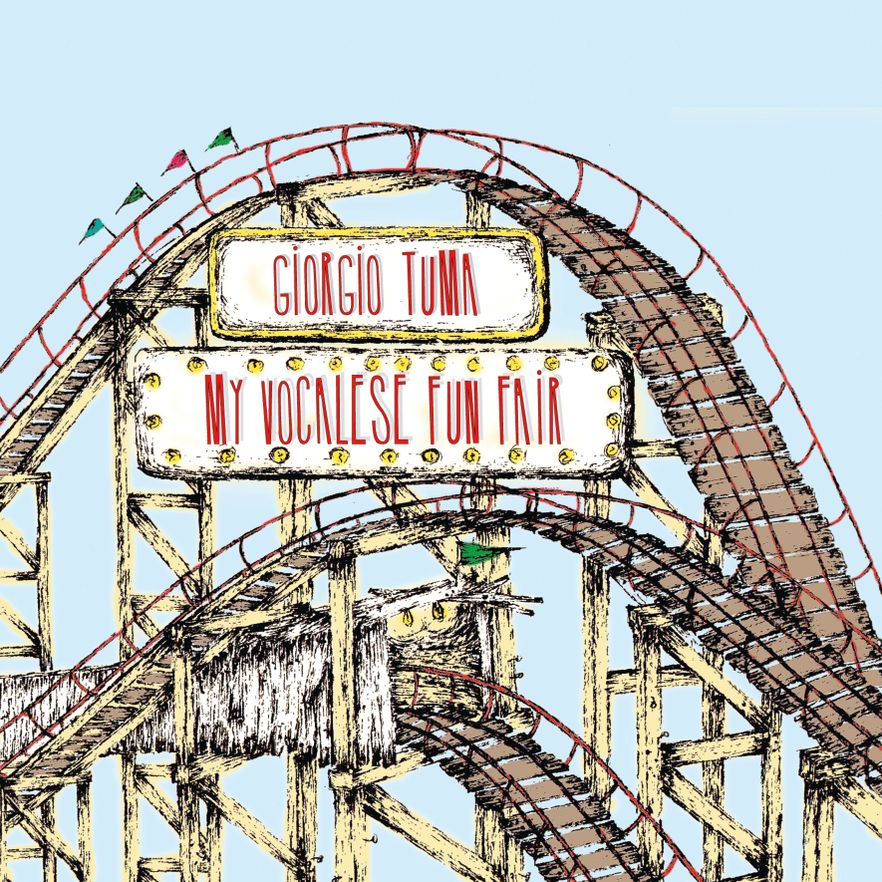 We are really enjoying this process of looking back and recovering some of the albums that we have released at Elefant during our first 25 years as an independent label. Giorgio Tuma has been one of those artists that we have handled with special care. His music, so far from the stereotypes of the latest music trends, hides a true genius who is inspired, evocative, and has a psychedelic, melancholic, elegant pop spirit. A musical goldsmith.

That’s why we are so happy to be able to re-release, for the first time on vinyl, his first album with Elefant (second in his discography), “My Vocalese Fun Fair”. It is a delicious album, exquisitely arranged, where the psychedelia, the lounge music and the Brazilian samba all join hands to make up a banquet of an album. It’s because of all of those influences, that let us catch a glimpse of other small ingredients that make the final result richer, like the soul on “Coney Island Memories”, the funk-pop on “Marsico”, the baroque folk of “Musical Express” or the northern soul of “Saltamontes”. That is the definition of banquet that Giorgio Tuma proposed on that album: dishes full of all the ingredients imaginable, mixed with elegance, color, sometimes exoticism, sophistication, sometimes seriousness, but always achieving excellent results. Like “…And Three Parasol Stars”, “Let’s Make The Stevens Cake!!!”, “Astroland By Bus”…  And ultimately that feeling of melancholy that stays with you after such a feast – sweet, sad, unrepeatable, unforgettable…

This electric blue vinyl will be released as a 300-copy, numbered, limited edition and it will have two extra songs for the digital version that were not included on the original LP (which will also be available for download as MP3 included with the vinyl). “Flying Bicycles To Reykjavik” is pop, jazz and soul, one of the most agile songs that forms a part of this fantastic collection of songs. “Innocent Thoughts Fluorescent Words” is a silent but luminous goodbye. Petit fours? There are no small dishes when we are talking about Giorgio Tuma’s banquets. Every last detail counts, used completely, enjoyed to the last drop. It’s a way of living made into sound.