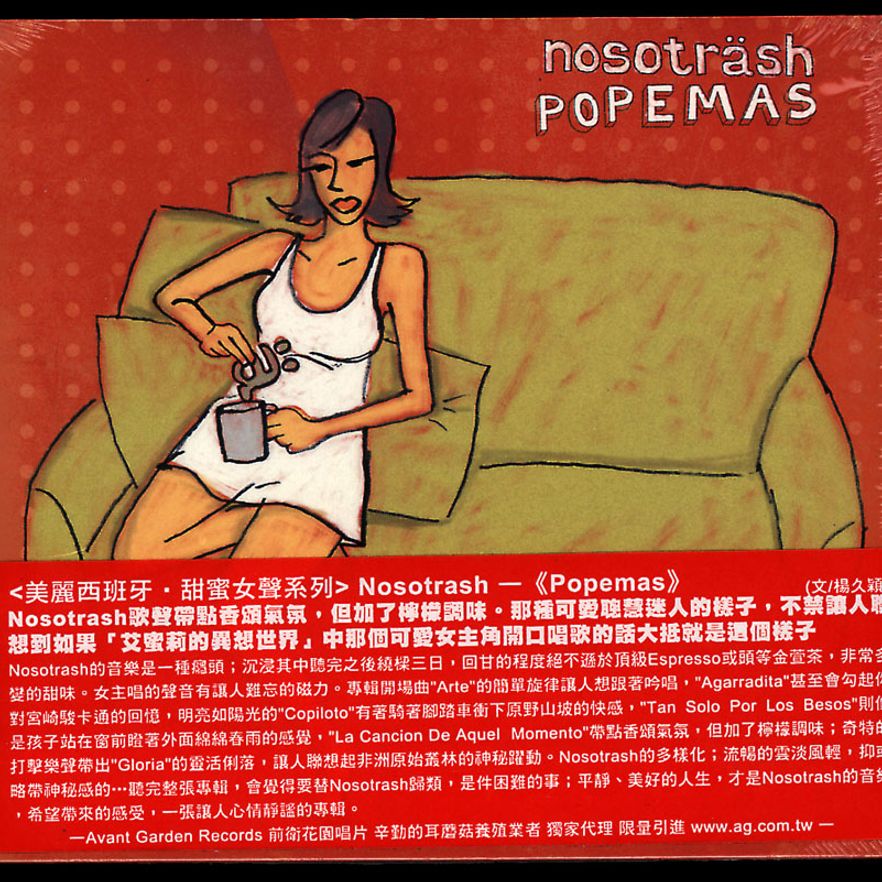 The results of this collaboration has proved very satisfactory for all the parties involved, and it’s going ahead now with new releases from our catalogue in Taiwan. Next july, Avant Garden will release there “Cierra la puerta al salir” by NOSOTRÄSH (with the addition of the videoclip for the song “Dando vueltas”) and “Onda” by ENTRE RÍOS, also with a video and two extra tracks: “Si fuimos” (song taken from the “This is my country” compilation, formerly released on the Jabalina label) and “Por ti”, one of the first songs ever composed by the Buenos Aires trio, previously released on the first vinyl single the band did on Elefant.

The exchange between Elefant and Avant Garden isn’t over yet. Later on in time, our Taiwanese friends plan to release a compilation by NIZA, which will include songs from their singles, unreleased tracks, live takes or special songs like the cover version they did of Jeannette‘s classic song “El muchacho de los ojos tristes”, which for the moment is only available on the Japanese edition of “Canciones de temporada”.