COOPER: The tour for “Mi universo” begins, with a Single give-away!!!

First there was the virtual tour that everyone had so much to say about how original and unique it was in our country, a tour that introduced the songs from COOPER’s new album, “Mi Universo”, leaking it out day by day via different online media. Now the moment has arrived to step up to the plate, because the national tour for Alex Díez and company is beginning, with almost twenty dates confirmed so far, as well as shows in some of our country’s most prestigious festivals, like the FIB [Festival de Benicassim] and the ContemPopranea, among others.

One of the best pieces (some say the best) of Alex’s career needs an appropriate coming out party. The songs are more autobiographical than ever before, and they were recorded at the Konk Studios in London – the studios that were founded in the early 70s by Dave and Ray Davies (THE KINKS), and where artists like BLUR, Elvis Costello, THE ARCTIC MONKEYS, SUEDE, SPIRITUALIZED, and of course, THE KINKS themselves have recorded, among many others. The excellent production work on“Mi Universo” wasdone by José María Rosillo

What’s more, as has happened before with the singles for “Cierra Los Ojos” and “Rabia”, everyone who goes to the concerts will get a free single as a gift with their concert ticket, and that’s the only way to get a copy of this single. The previously mentioned singles have become collector’s ítems and objects of desire for fans and collectors alike, and this new single, which will have the song and video for “Cortometraje”, as well as a previously unreleased version of DEPECHE MODE’s “New Life”, will surely follow the same path.

Do you really need any more reasons to go see them live? Well, as if it were necessary, COOPER is one of the best live bands in the country, full of energy, excitement and huge melodies – as many of you will already know from their career so far – and they’ve got the best collection of songs possible in their arms. 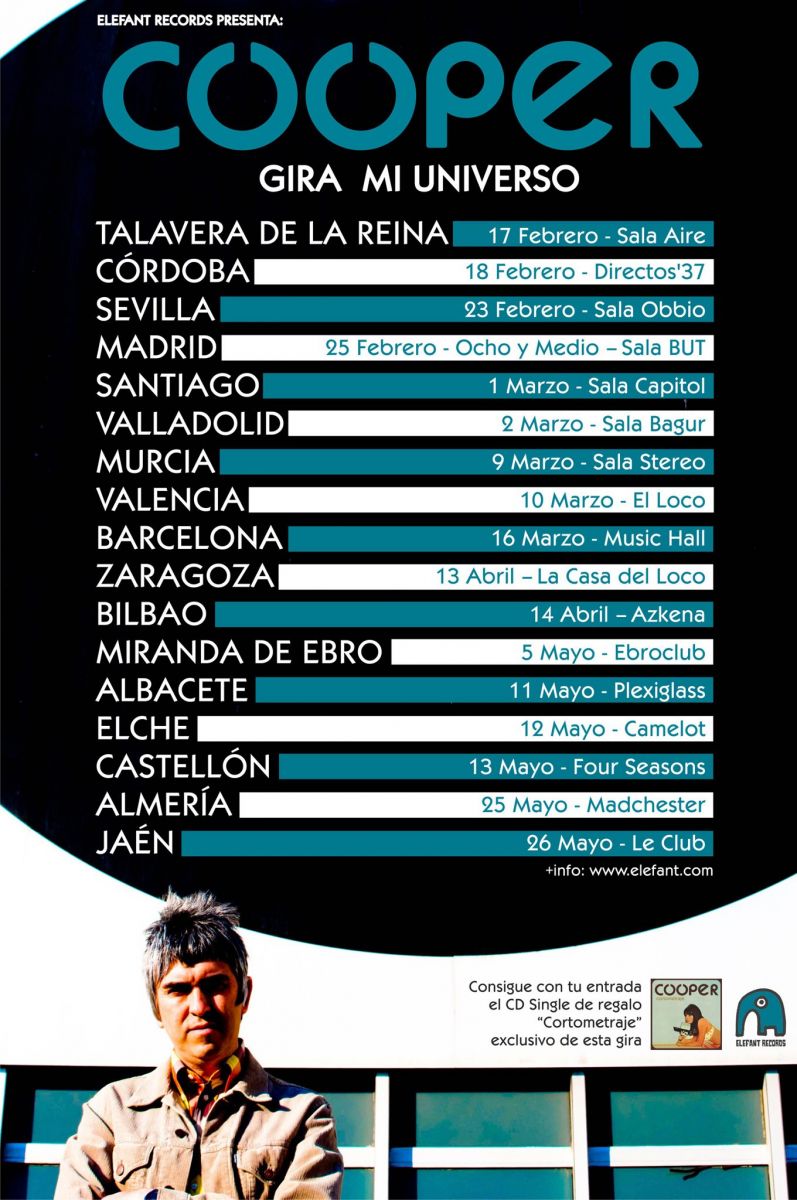