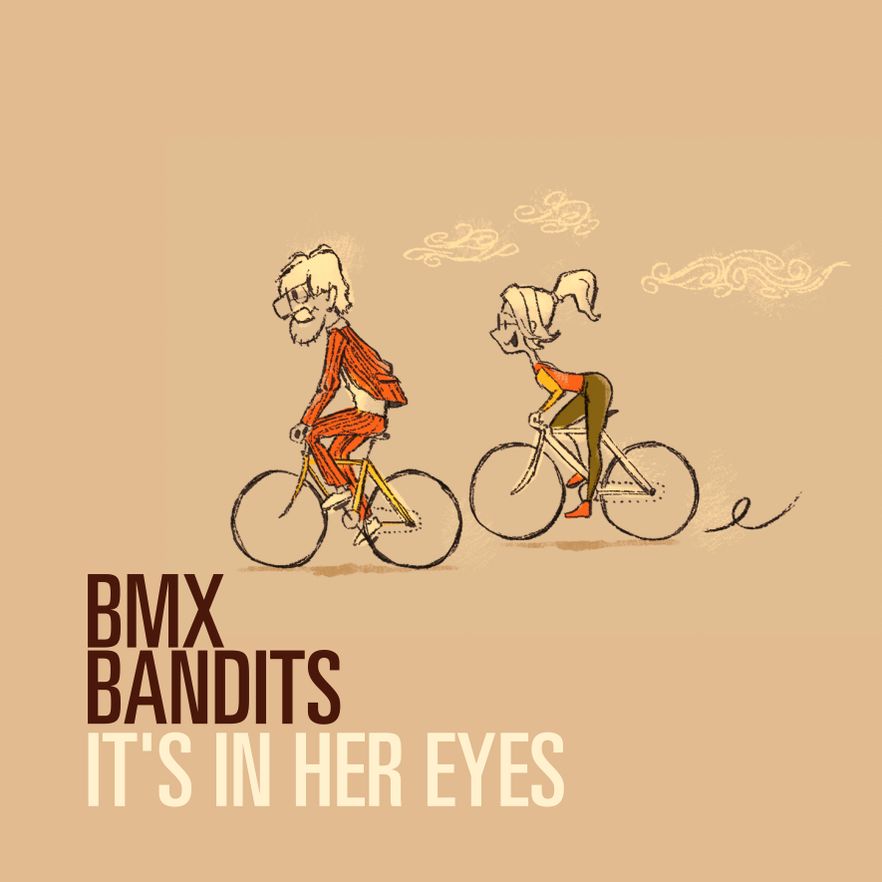 Even the most out-of-it people have to know that “BMX Bandits Forever” is one of the best albums in Duglas T Stewart’s 30 year career and that “It’s In Her Eyes” is one of his best songs. The duet between Duglas and Chloe Philip evokes sunny, lively, fun images that could perfectly illustrate a musical starring Dick Van Dyke. That and so much more is why this song is the group’s new single and also their new video.

But more than just the title track, this new digital single also includes two previously unreleased songs. This is proof of Duglas’s current state of grace. “You’re So Fine” is a song by Alex Chilton that has never been released before. Duglas heard it for the first time in the early 90s in a rehearsal space, in a live recording Chilton made with TEENAGE FANCLUB. Giving a studio format to this incredible song with Stuart Kidd and Jamie Gash is one of the greatest tributes to Alex Chilton imaginable.

“Ferdinand’s Cathedral” is a song that imagines the life of the artist (and mailman) Ferdinand Cheval. As Duglas himself says about the creation of this song: “My friend Jowe Head suggested I write a song about an artist and I chose Cheval. Every day, Cheval would walk kilometers and kilometers, delivering mail, and then he would go home to work on the incredible structure that he was building in his garden – Le Palais Ideal. So I took a long walk, as if I was Cheval, and I came back with the lyrics and melody that came into my head while I was walking”. So, he called DR COSMO’S TAPE LAB (which is to say, Joe Kane (THE RAGIOPHONIC TUCK SHOP), Stuart Kidd (THE WELLGREEN) and his friend Norman Blake (TEENAGE FANCLUB), and put together this marchin’ band to give a cinematographic touch to this curious story.