After the first two releases from our new singles collection, PAPA TOPO and GUATAFÁN, sold out in just weeks, we’ve now got a new and anticipated batch of releases, with three, limited edition, color-vinyl singles. First, we have two new examples of the best pop made in this country, ZIPPER and BAND À PART, and second we have the first foreign release of the collection from the New Yorkers, ONWARD CHARIOTS, with songs that share the energy of TEENAGE FANCLUB, the elegance of CAMERA OBSCURA and the melodies of THE BEACH BOYS.

All of the singles from the “New Adventures in Pop” collection are released as 500-print limited editions on color vinyl, and all singles are also available on the best digital platforms (iTunes, eMusic, 7 digital, Spotify, Deezer …).

Already available on our Online store!!

BAND À PART "No sé por qué" ER-279 Single 7" NEW ADVENTURES IN POP 003
There have been very few times that we’ve listened to such a dignified successor to the Spanish-made pop from sixties, bands like PICNIC and FORMULA V, but that is also able at the same time to update its discourse with such ease and ability, taking bands like BELLE & SEBASTIAN, FITNESS FOREVER and NIZA as references. And the official debut from Coral and Javi contains four songs that are authentic gems, delicious and luminous, arranged with unusual mastery and with melodies that slide into your head with a surprising ease. “No sé por qué”, and “Sputnik, mi amor” justify the expectations they had built up with their demos, which also slipped them among the best demos of 2008 for the audience of the Radio 3 program Disco Grande, and which won the demo contest at the Festival Contempopránea 2008. A surprising band (listen to the way people rush to the dance floor, along the line of LA CASA AZUL, and the crazy structure of “Wendy James”) that will undoubtedly win over a huge number of pop fans with this single. Imperative, starting now.

ZIPPER"Lunes por la mañana" ER-280 Single 7" NEW ADVENTURES IN POP 004
We haven’t been so excited since we listened to JUNIPER MOON. The urgency, the melodies, the choruses, that honesty when it comes to making music… But these four songs on this limited edition single that Mar, David and Oscar are giving us clearly shows us what they understand a song to be: having a good time. Songs like “Lunes por la mañana” and “Hoy estoy muy pop” reveal a band overflowing with energy, vital and luminous, all of which are virtues that national labels like Liliput, North American labels like Wee Pop and Cloudberry, as well as the British label (based in Glasgow) Bubblegum Records, have already enjoyed. After their performance in the last edition of the Indietracks Festival, the moment has finally arrived for us to enjoy this urgent single that you won’t be able to stop playing, that gathers the best essence of those disappeared bands that we loved so much like TALULAH GOSH, THE FAT TULIPS, TCR, STRAWBERRY STORY and the already mentioned JUNIPER MOON. The best punk-pop you can hear today.

ONWARD CHARIOTS "Save me Maryann" ER-281 Single 7" NEW ADVENTURES IN POP 005
Class is something that can be difficult to come by in music these days. That this class also comes in a package with spot-on, even prodigious, melodies, and an overpowering personality is something close to a miracle. So it’s not strange that the North American blogs are all buzzing. The thing is that we couldn’t have anything less to offer for our first foreign release in the New Adventures in Pop collection. The New York quartet (previously CHARIOTS OF TUNA) play a beyond-perfect pop at its finest, with a luminous energy inherited directly from TEENAGE FANCLUB, with the crystalline guitars of THE LA’s and the vocal precision of THE BEACH BOYS, as you can hear on marvels like “Save Me Maryann” and “A New Beginning”. One of those hidden gems that will soon be the talk of the town, and what was one of the biggest discoveries at the last edition of the festival that no fan of pop should ever miss, the Indietracks Festival. 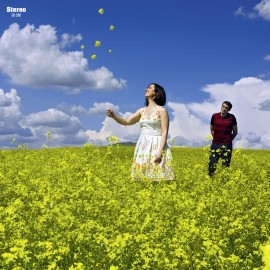 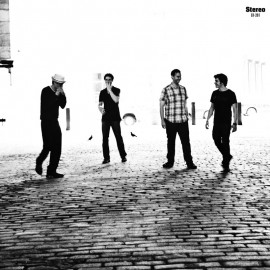 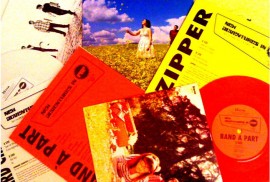 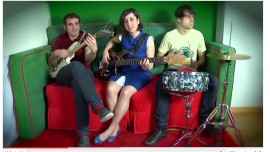