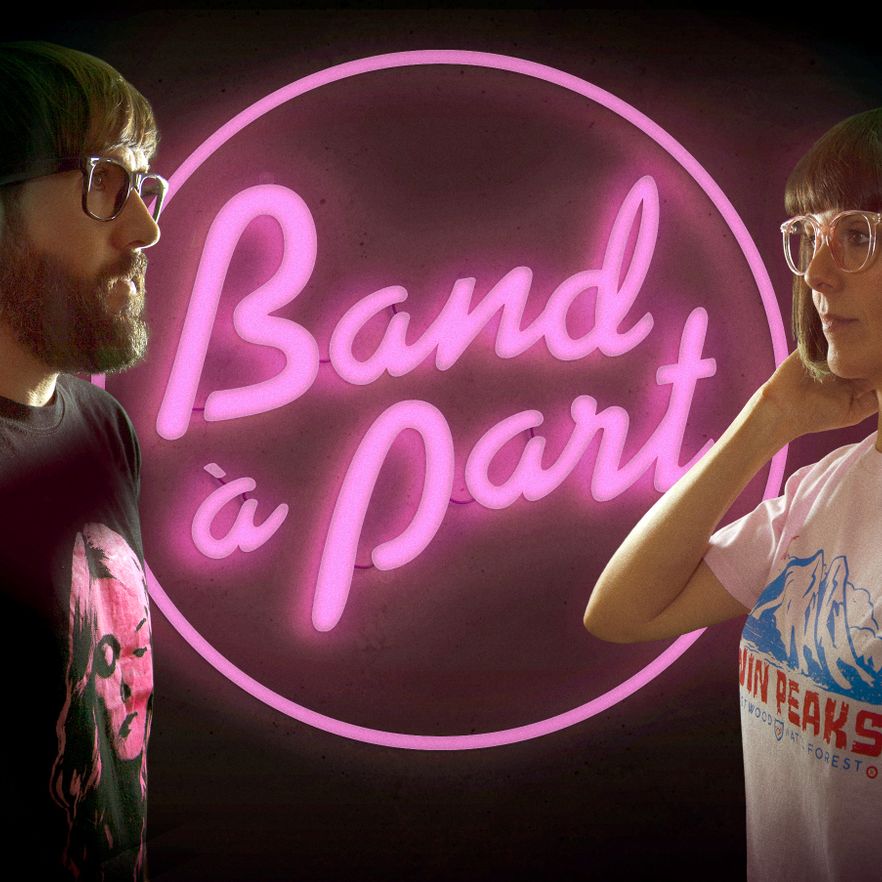 Five years ago we had no discographic news about Javi and Coral’sband. That compilation called “Maravillas De La Ciencia” made it clear that an era was ending for the group, and left us not knowing what their next step would be. We finally have the answer to this question. BAND À PART is going to release a new album called “Templos Y Neones”. Their trips to Japan made a huge impact on this new incarnation of the group, since the name of their new work references what represents day and night in Tokyo for Javi and Coral. Daytime, calm and sunny, represented by the small temples you find on any corner while you wander around a residential neighborhood. And nighttime, full of neon, bright, crazy and futuristic. The album is a journey from night to day and is even influenced by what was called “City Pop” in Japan in the eighties: a musical trend that came from the huge economic boom from that decade and that had all the young people constantly out on the streets in their cars, blasting funk, disco, and synth-pop, a gesture of care-free hedonism.

And while we are waiting for the album to get here, we have “Cómo Hablar Con Chicas En Las Fiestas” as an advance. And it confirms what we were talking about before. It is a more electronic, danceable song, with influences from eighties synth-pop, disco, electro-pop, euro disco, touches of LIO, Momoko Kikuchi and NEW ORDER, and also of current things like SUMMER CAMP, SNAILS HOUSE, YUMI ZOUMA and SPAZZKID. And there is no better proof than a video, full of 80s references with shiny leggings and roller skates, between violet and blue. We are anxiously awaiting “Templos Y Neones”.