PAPA TOPO: Release a Digital Single and Video for “La Llamada”, an advance of the soundtrack for the movie "La Maldita Primavera" 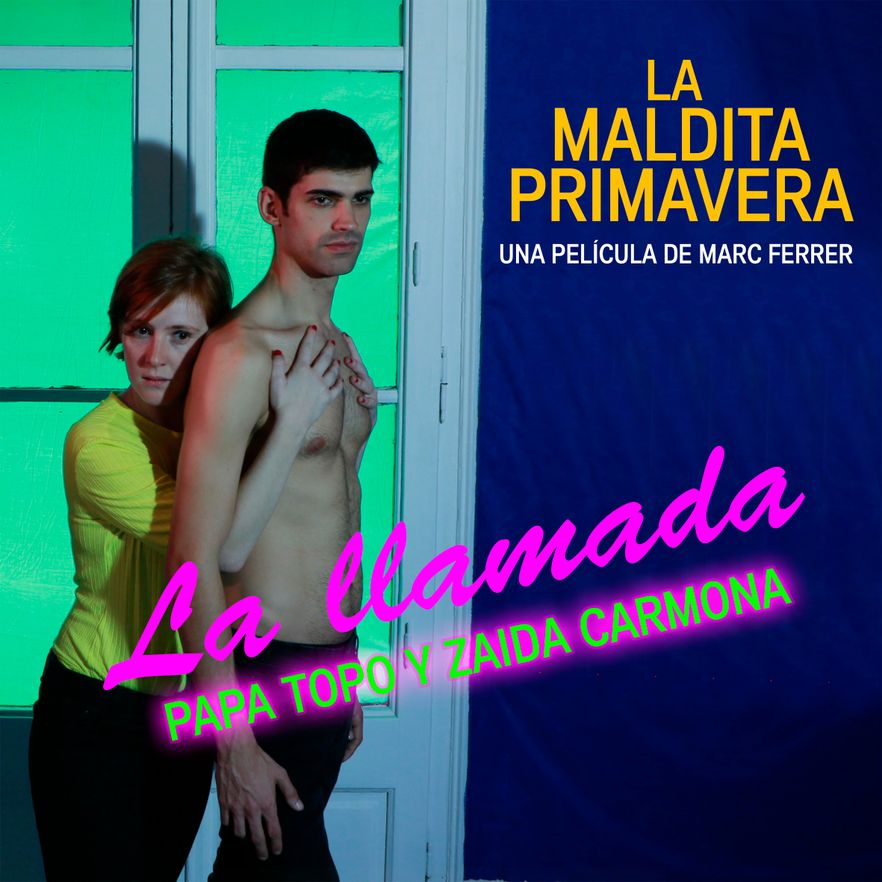 This May, “La Maldita Primavera” - the movie directed by Marc Ferrer and starring PAPA TOPO - will be released. Marc is the group’s regular director for their latest videos and directed his first movie, “Nos Parecía Importante”. The movie is a musical comedy about a reptilian that travels to Earth to find out if the human species is a threat to the rest of the galaxy, and if they’ll have to exterminate us for it. This is inspired in PAPA TOPO’s song “Je Suis Un Monstre”, from their last album, “Ópalo Negro”, released in June, 2016. Beyond science-fiction, “La Maldita Primavera” is a movie about fun, pop music, and how fleeting romantic passion and youth are. Adrià, Júlia, Óscar and Sònia surround themselves with an extensive cast, including Barcelona’s trash diva, Mónica del Raval. Among Marc Ferrer’s esthetic references you can find the outrageous, trashy movies of John Waters, the simple perspective of Eric Rohmer, the way of making movies with little-to-no budget like early Almodóvar, or the comic distance of Hong Sang-soo or Buñuel.

The movie opens in the D’A FILM FESTIVAL BARCELONA, May 4th at 22:15 in the CCCB Theater, and before the screening PAPA TOPO will give a mini-concert. To celebrate the highly-anticipated release of this film, Elefant Records is soon going to release the soundtrack in digital format, a soundtrack which Adrià Arbona, PAPA TOPO’s leader, wrote several new songs for. The advance single is “La Llamada” and is sung by Zaida Carmona, an actress in the movie and star of the song’s video, which is directed by Marc Ferrer. “La Llamada” is a pretty, languid mid-tempo that can be included in that already classic genre of “songs about phone calls” (“Se Telefonando” by Mina, “0303456” by Raffaella Carrà, “Suena El Teléfono” by COLA JET SET, “Le Telephone” by Elli & Jacno, “Message Personnel” by Françoise Hardy and a very long  etcetera) and which reminds us musically, on the one hand, of the melancholy of Jeanette and of Chilean Nicole of “Tal Vez Me Estoy Enamorando”, and on the other hand of French electro-pop from the early 80s, but also of indie pop groups from the 80s like THE WAKE, MOMUS and THE FIELD MICE.

The video for “La Llamada” is a remake of Jean Cocteau’s “Le Bel Indifférent” and an updated, colorful version of Jacques Demy, where a woman waits desperately for a phone call from her beloved. Both the movie and the video were produced at Producciones Inmundas, a fake audiovisual producer created by Adrià Arbona, Marc Ferrer and some friends.
https://www.facebook.com/produccionesinmundas/


You can buy tickets for the screening of "La Maldita Primavera" in the D’A FILM FESTIVAL BARCELONA here:
https://dafilmfestival.com/es/pelicula/la-maldita-primavera/