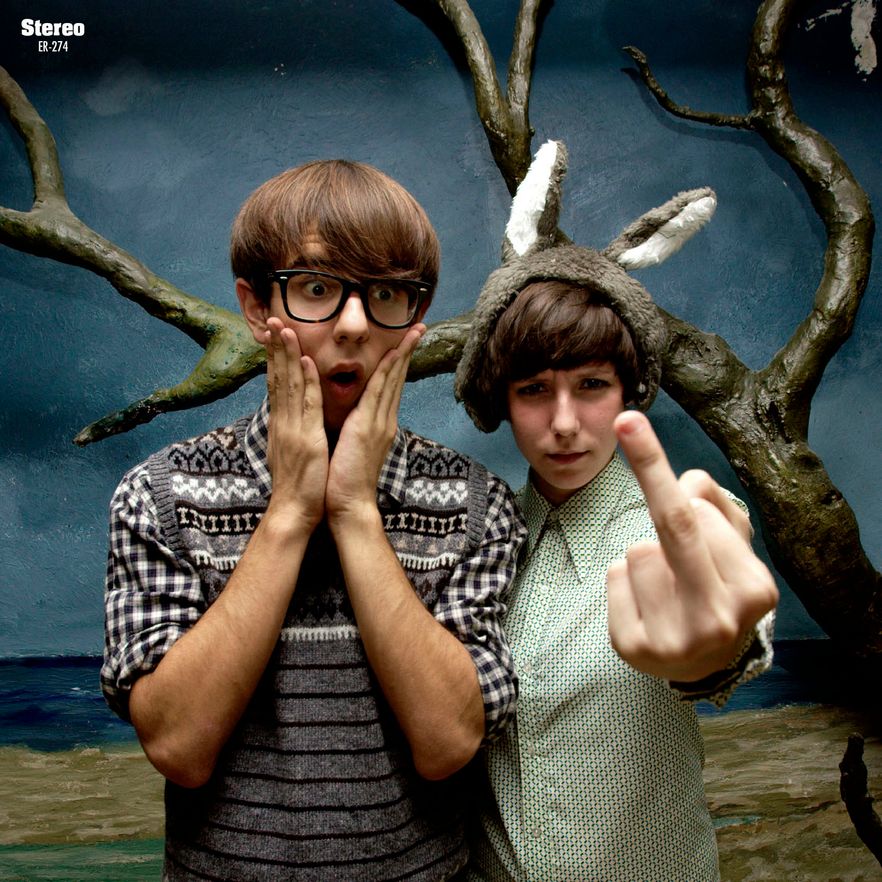 You can listen the songs here:

+++ ALREADY AVAILABLE ON OUR ONLINE STORE

This year 2010 we are finally beginning the new collection that we have been talking about for a while; “New Adventures in Pop” is a very special collection that gets straight to the spirit of our dearly departed Club del Single and the passion we feel for vinyl singles.

“New Adventures in Pop” begins with the main idea of helping out the large number of new groups that are popping up in these recent times, some groups with years behind them, and those groups who can’t find a way to get their songs published or distributed internationally.

Elefant has characterized itself, in our 20 years, as an independent label because of the support it has given to the international pop scene and especially to the scene in our own country – a scene that has consolidated itself year after year as one of the freshest and most prolific, and that produces infinite numbers of new groups that bring the focus to Spain for the fans of the poppiest pop, sometimes delicate, sometimes fun, but always with a special spirit and an undeniable quality.

There are so many demos every month that fill Elefant’s mailbox, and so many groups that we love who share our tastes and influences, but unfortunately it is impossible for us to have enough time and all the resources we would need to put out all the things we like and help all those groups we get excited about. Which is how the idea for “New Adventures in Pop” came about, for Elefant to give a first opportunity to all of those groups that we like, and to help them as much as we possibly can to take their first steps, make a space for themselves in the music scene and find a record label to continue their career with. After 20 years of work, our label has a certain name and prestige in the international music panorama and we want, returning to the most independent level, to take advantage of our own situation and our own little bit of power within the media, to help all these groups that, maybe four years ago, before the great crisis that the music world is going through, would have had no trouble finding a record label to release their songs and albums.

It will be like a co-op, a way of working together, we will help the groups, they will help each other and of course we are counting on all of your help, the pop fans, who are the true motor of all of this. Getting back the soul of the demos (the majority of the singles in this collection with be re-edited and improved demos), of vinyl singles, of parties with several new groups, of the special feeling you get when things and when groups are just getting started, the burst of freshness and desire to enjoy and discover new things.

This year, 2010, begins a new indie revolution and we’re all invited to take part in it, groups, labels, fans, the media… All together we can make things change a little and help the indie scene to stay fresh, up to date and alive.

“New Adventures in Pop” is a collection where most of the groups will be debuting, record label-wise, but there will also be a space in the collection for groups that have already released discs and that we like, ZIPPER, KOKOSHCA and WILD HONEY. Some groups will go on to form a part of the Elefant Records’ catalog (like PAPA TOPO, who are an Elefant group but who are debuting in this collection), others will maybe release more than one single in the collection and many more will release their first disc in the collection only to find a space for themselves later in another record label.

We’re going to put a lot of effort, and even more care, into this project; we’re going to make the releases of these singles really special and we hope that when some time has passed and we look back, “New Adventures in Pop” will be a precious collection of color vinyl singles by groups that are writing the contemporary history of the best independent pop on the planet.

Elefant Record’s disappeared Club del Single released, from 1996 to 2001, a total of 69 vinyl singles from some of the most important artists of the international indie scene at the time – English groups, Japanese, Spanish, French, Argentine, German, Australian, American, Chinese and Swedish groups all formed a part of our select Club del Single and they gave us exclusive songs on glorious 7-inch vinyl that all of our Club del Single members were able to enjoy. Artists like JACK, LE MANS, MAGOO, QUICKSPACE, THE CLIENTELE, FUGU, Ana D, BMX BANDITS, LAMBCHOP, FRANK BLAKE (a project from TEENAGE FANCLUB’s Norman Blake and BMX BANDIT’s Francis Macdonald), THE FRANK AND WALTERS, ISAN, THE LADYBUG TRANSISTOR, ST CHRISTOPHER, GONZALES, Ally Kerr, CRANES, SING SING (Emma Anderson’s project after LUSH), VACACIONES, IBON ERRAZKIN, SR CHINARRO and LOS FRESONES REBELDES among many others, took part in this adventure that fought to maintain as special a format as the vinyl single, a format that had given so many good moments to the history of music ever since the 50’s, and that in the 90’s had found itself totally cornered by the CD, and even seemed like the vinyl single’s days were numbered.

So now a new adventure is beginning, and the protagonists are the vinyl single and new groups, a collection that is born with the intention of being the first step for many groups we love, so that they can be played more on the radio, play more live shows, be talked about in the media and begin a new stage in the artistic careers; it’s a new collection we hope lasts a long time and is a real help to a lot of groups and a new discovery for all the pop fans.

The singles will be released on color vinyls, in limited edition, 500 print copies, with carefully colorful covers. They will also be available in digital format in the most important digital music stores (iTunes, emusic, 7 digital...).

PAPA TOPO and GUATAFÁN are in charge of starting off the “New Adventures in Pop” collection, which will be officially presented this coming March 20th in Madrid, in the Neu! Club. It will be a very special celebration that will include live performances by LINDA GUILALA, PAPA TOPO and GUATAFAN. It will be the starting gun for many more parties, singles and moments that will become unforgettable.

The moment arrived and it was clear it couldn't be any other song. After so many characters typed into webs and blogs, being one of the most-search-for groups on the Internet, having their demos be the cause of adoration, being desire by other labels (some from outside Spain), PAPA TOPO finally has their first record label-backed release on the street, and what's more, they are the first group in Elefant's new limited-edition singles collection, "New Adventures in Pop".

Adrià and the young Paulita give us the definitive version of the "Oso Panda" demo, revised and remixed by Guille Milkyway (who has also done the same with “Lo que me gusta del verano es poder tomar helado”), which has also resulted in two danceable remixes of the song that is on its way to being a landmark in Spanish pop this year. Catchy as can be, as addictive as chocolate, easier to hum that "La la la"; with "Oso Panda", PAPA TOPO present themselves as one of the most attractive bands in the Spanish pop panorama thanks to their freshness, immediacy and appealing simplicity.

“Lo que me gusta del verano es poder tomar helado” is the song that made us at Elefant fall totally at the feet of the promising talent that is Adrià. The two-voice melodies, the lyrics, the arrangements... Puff! It's a pure pop explosion.

One side for the demo and the other side for Guille Milkyway's remixes, which the LA CASA AZUL leader made as a clear and authentic homage to the Moog discs from the 70s, full of versions of ultra fun and danceable country classics. A perfect appetizer, that does nothing more than whet our appetites. We want more!

The Valencian duo GUATAFÁN is one of those bands that show their love for the music they adore in every melody and every word of every song.

Their first record label release, which is also the second release from Elefant's new limited-edition singles collection, "New Adventures in Pop", has a song dedicated to HELEN LOVE ("Pink Punk Party"), a LA CASA AZUL version that is full of admiration ("Como Un Fan") and between the lines of the marvelous "Cucuruchu" (it was chosen to be included on compilation by the independent Japanese label abcdefg*record) and "Cálculo Utilitarista" you can openly discover the hours that María and Suso have spent listening to bubblegum, techno-pop, punk-pop and French and Spanish pop from the 60s.

Their demo was already singled out in Festival ContemPopránea's demo contest and they have played their songs in cities like Madrid, Barcelona, Mallorca and London. This single was recorded, mixed and mastered by Carlos Soler (DAMIEN LOTT).

GUATAFÁN are a lively and tremendously fun group, who put care into every single detail and who, starting now, can be considered a necessary reference for pop fans. 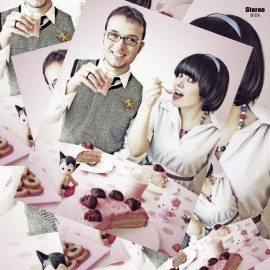