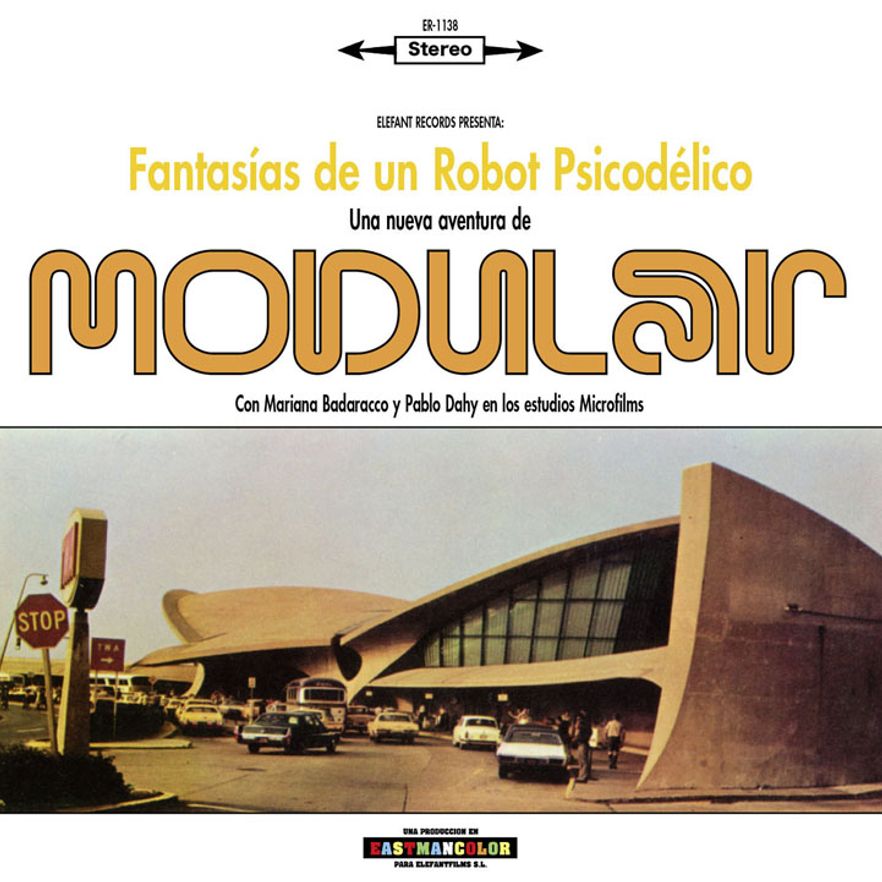 At this stage of the game, it’s clear that the Internet’s popularity as a means of music distribution has caused a proliferation of unusual and really interesting proposals, that have allowed music to reach thousands (or millions, in some cases) of computers through nothing more than telephone wires. The birth of unknown gems, the sudden appearance of dozens of those secrets named “out loud”, has diversified and enriched the musical panorama considerably. MODULAR is an Argentine duo formed in 2000 by Mariana Badaracco and Pablo Dahy. The group is a strange bird in and of itself in the Buenos Aires scene; their affinity for analog synthesizers (the famous “Moog Modular” gave them their name), the B-series and 60s science-fiction esthetic, the pop and lounge, as well as their imaginary mix of melancholic psychedelia and spatial fantasy have made them stand out as unique in a scene accustomed to more rock-oriented and less sophisticated options. Four demos released on CD-Rs and distributed via the web, collaborations on various compilations in countries as diverse as Germany or Brazil, a collection of truly unique compositions – these have been the things that have generated a plethora of fans who have compared the group to the likes of STEREOLAB, OS MUTANTES, BROADCAST, John Barry, THE HIGH LLAMAS, URSULA 1000, Giorgio Moroder, George Gershwin and many more. Maybe the closest comparison is Laetitia Sadier and Tim Gane’s group, as both share a passion for analog, for bossanova harmonies, for circular melodies and the elegance of great orchestral arrangements. But MODULAR brings a special colorful, sunnier version than the pop universe, a special passion for majestic and amazing orchestral arrangements, as well as precious phrasing and Mariana’s sweetly peculiar voice (which has carried her to collaborate on Norway’s Alexander Von Mehren’s new work, with Pete Aves of THE HIGH LLAMAS) and a deep-seated, contagious optimism that swells between spatial waves and frequency filters, as if they were vindicating space pop’s Latin roots and as if they were setting themselves up as the indubitable successors of Juan García Esquivel.

At Elefant, specialists in detecting and bringing to light those “hidden” projects, we’re releasing “Fantasías de un Robot Psicodélico”, an album that shows the advances and the work of these years, when we knew too little about the Argentine duo, and that recovers some of the most interesting previously-released songs, especially highlighting material from the “Micro Films” demo (2008) and “El Triángulo de las Bermudas” (2005), on which they also collaborated with their current band members: Matías Campo (bass), Diego Perez Arango (drums), Pablito Traine (English horn, trumpet, trombone) and Rodrigo Plaza de Ayala (guitar). The result is a solid, essential album that shows the surprising and personal trajectory through indisputably addictive songs, and that means the full-length debut of MODULAR has finally arrived.

From the sunny day surrounded by lalalas from “Perdidos en el Espacio”, a composition that could perfectly represent their sound - catchy melodies, songs with vital and elusive structures that bring to mind names like THE UNITED STATES OF AMERICA or Burt Bacharach, washed with grandiose arrangements – to that “Picnic en al Arcoiris” on which Mariana is like a 21st century Jackie DeShannon, and to the kaleidoscopic landscapes of “Playa Biquini” that timidly hide touches of ye-ye and remind us of LE MANS at their most pop. On “Ovni” at first it seems like Toni Bennet himself is going to take the mic, to end up seeming like a score from “The Time Machine” (George Pal, 1960) or from a Martian movie by Ed Wood, and this cinematic tone is another of MODULAR’s greatest strengths, constantly giving the feeling of being in the middle of some science fiction story by H.G. Wells or Aldous Huxley. The touches of sitar on “Master en Tarot” are surprising, as are the sampledelic playfulness, the naturalistic (and vegetarian?) message of the instrumental “Revolución de Vegetales” and the precious “Hombre Hormiga”, or the circus-like tone of “El Bufón de Broadway”. And we can’t forget about “Flasheando”, one of their best songs and possibly the song that most clearly reflects their THE BEACH BOYS inclinations.

These and many other songs make up this impeccable letter of introduction, joyful and colorful, lively and happy, psychedelic and spatial, from one the most surprising groups of recent years. But what really surprises us is how we’ve managed to get this far knowing so little about them. Let’s rejoice in the possibility of enjoying such a fantastic collection of songs as this debut album. And we mean fantastic in all senses of the word. 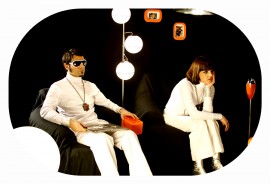