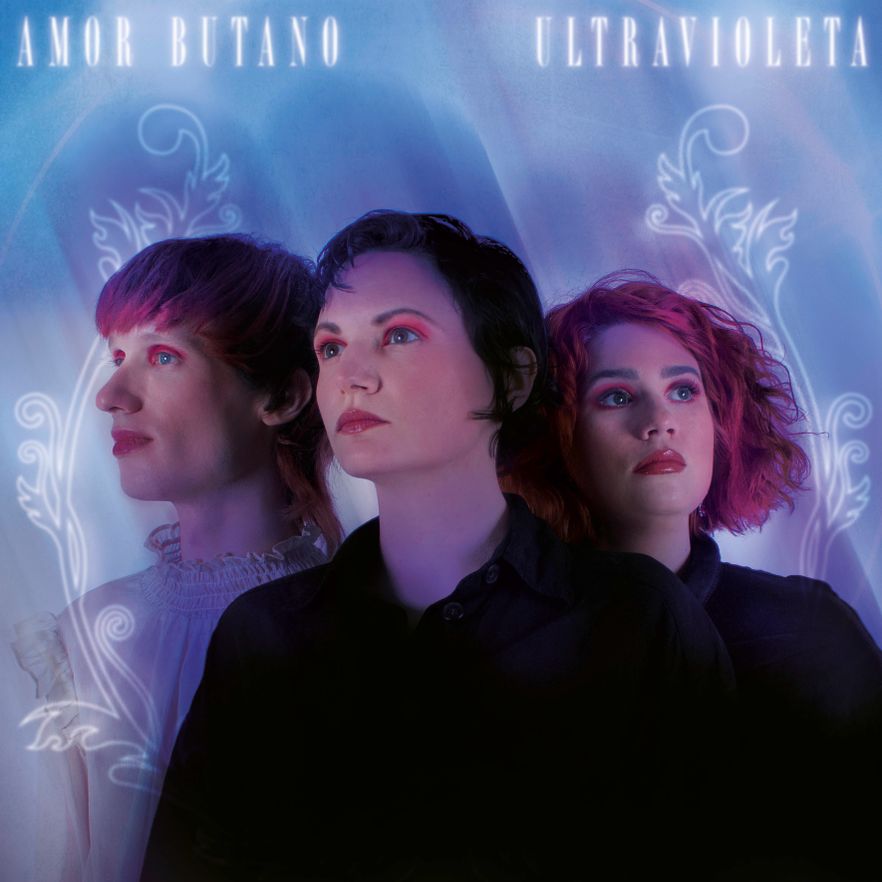 The talent pool in Valencia lately is overflowing and one of the names being promoted in the big mascletá (a traditional firecracker show in Valencia) is AMOR BUTANO. The trio formed by Diego Ferrando, Raquel Goterris and Sara Alegre has made critics’ and audiences’ keyboards burn with the various eighties-style techno-pop singles full of new wave and great melodies and relentless rhythm. And now it is time for their first release, “Ultravioleta”, a Mini-LP on 10” clear vinyl as part of our collection “New Adventures In Pop”, where bands like PAPA TOPO, LISASINSON, TRONCO, KOKOSHCA, Cristina Quesada, AIKO EL GRUPO and many more got their starts. And few groups can say that they started their discography out with a greatest hits. Because between the new songs and the old songs that have been revised and renovated, “Ultravioleta” is impeccable. Come take a closer look.

“El Poder De 3” opens with nothing less than a declaration of content. Yes, “Blue Monday”, that explosion of percussion, and then the arpeggiator comes in, the latent bass, and the song shoots up out of this galaxy. We are already up and out of our chairs. “Entropía” was already released as the head of their EP, “Benimaclet”, with that chorus that penetrates our brains to the beat of the song: “En el cosmos de mi habitación / Todo tiende al caos como esta canción” (In the cosmos of my room / Everything tends toward chaos, like this song). But now we can find new details in “Entropía”, as they have added harmonies, vocal layers, and a new synthesizer melody. Fans of OMD, MECANO, THE HUMAN LEAGUE and LA MODE will be completely won over. “La Plaza” brings in the magic. The chemistry with LABORDE is immediate. Powerful melodies. And a story that happens around the Plaza de Benimaclet (yes, that neighborhood they are always paying tribute to), a special place in a special city, a meeting place for nocturnal spirits whose souls are in the midst of a galactic journey. What a hit. And then we get “Crisis (Efecto 2000)” another of the previously unreleased songs. Pure fantasy. Diego’s ability to create those extremely effective bases and textures is just amazing, and with such clear references, and then Raquel and Sara build an absolutely dreamy universe.

“Alicia” was also released as an advance single, influenced by the unforgettable character from Lewis Carroll, and where post-punk makes its appearance clearer. And that “Cruza” is pure propulsion. “Esta Era” and that marvelous collaboration with CIBERCHICO and VALVERDINA, overflowing energy, naïve love. “Olimpiadas” was also included on their first EP “Benimaclet”, drenched in darkness and with a brilliant melodic line, like a sudden light in an abandoned house. The album closes with “Butano Y Amor”, sad, sticky sweet, with echoes of BANANARAMA and OBJETIVO BIRMANIA, and another chorus that we can’t stop singing, at the top of our lungs. All the songs were recorded in Diego’s studio between April 2020 and January 2022, and were mastered by Carlos Ortigosa in La Azotea de Karl Sound.

Because AMOR BUTANO’s music has the ability to evoke spaces for us in our heads, to take us to places we think we know, but most of all, to excite us while we’re dancing. Their songs are hymns and can be sung as such. When the music embraces you and makes you feel safe, it makes you feel like home. Among the neon lights, the ultraviolet lasers, and the synthesizers. 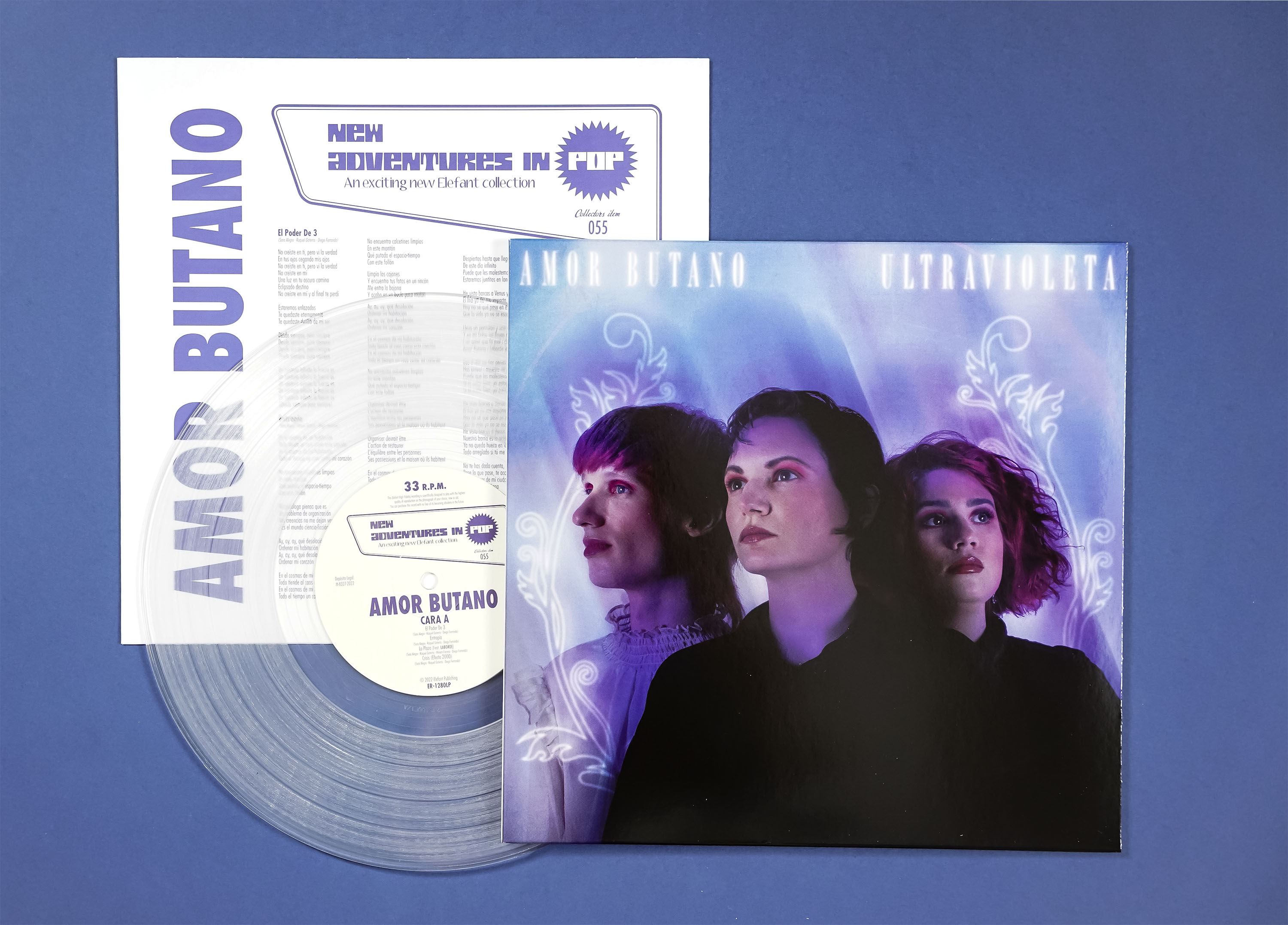