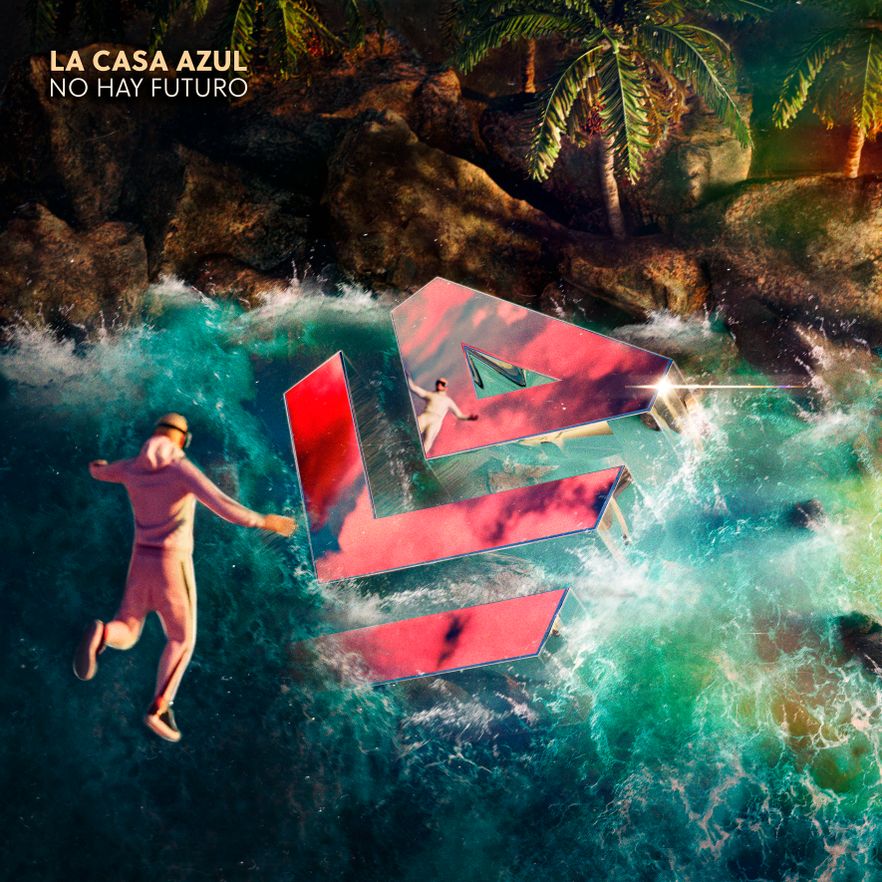 Each time we have a new song from Guille Milkyway in our hands, the levels of joy are through the roof. It’s like tasting delicious food with your eyes covered. The first bite is full of the more powerful flavors, the direct ones, the ones that knock you out. With the second bite, you begin to notice that there is more going on, to discover those ingredients that don’t stand out immediately, but that are key for the texture and the final result. And each new bite brings a new nuance, a detail, something that makes the experience different every time, surprising, something you could never be bored of. In this age of Digital Singles, with Guille getting us used to savoring his songs one by one and spaced out, there is no better way to explain the experience. “No Hay Futuro”. That keyboard that seems to take us to sixties psychedelia (THE ZOMBIES!), the choruses, the clavinet that shoots us into the seventies, and then suddenly the bass drum kicks in and takes us to italo and disco music, and we can’t stop. And then we hear those vocoders, the BEACH BOYS start to come in, Moroder and Cerrone wait with a drink at the bar, Donna Summer is in the middle of the dance floor and Barbarella is about to arrive. The party begins, an apogee that never ends. The thousands of arrangements, the details, the horror vacui is an endless journey, a promise that we will never get bored, that each second is different. And you can’t believe what they say, you just can’t believe it, you don’t believe that there is no future, because he himself is laying it out, we could stay and live inside his songs.

This is a new trademark hit destined to lift spirits on the dance floor and in big festivals. The cover for the single is the work of Lluís Domingo – who is also a member of the LA CASA AZUL live band – as is the lyric video that goes with it, which is full of motifs from the cover; it once again invites escapism, the search for otherworldly paradises, and is starring – once again – that symbol (LA CASA AZUL’s logo) that is already part of the history of pop music in this country. Finally, we are struck by the contradiction – euphoria and melancholy. A LA CASA AZUL song gives us so much, fills us up so much… And at the same time, we are left with the feeling that it isn’t enough, that we want more. We want more!