THE HEPBURNS (feat. Estella Rosa) "Architecture Of The Ages" LP/CD 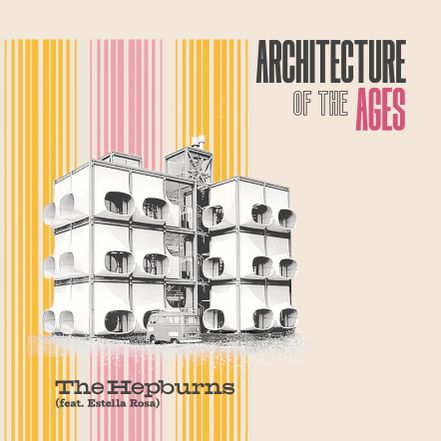 The band formed by Matt Jones, Mike Thomas and Les Mun, THE HEPBURNS, has always been considered one of the most exquisite bands to come out of the C86 era. They have worked with labels as prestigious as Cherry Red and Radio Khartoum, and when they have felt more comfortable self-releasing material, they have done that. Yes, they have many things in common with THE BRILLIANT CORNERS, THE HIT PARADE and THE WEATHER PROPHETS, but their elegant arrangements and harmonies, their admiration for Burt Bacharach and soundtracks by Ennio Morricone and John Barry, add a touch of delicious sophistication to their sound – a sound which is completed with the characters that Matt includes in the songs: charming losers stuck in impossible situations, somewhere between humor and tragedy.

In the middle of the pandemic, Matt met Estella Rosa, the singer for the jangle pop duet NAH and founder of the blog Fadewayradiate, through an interview. They were soon talking about doing a song together. In just three months, they had recorded a full album with 10 songs. “Architecture Of The Ages” is the fruit of the recent confinement, and this confinement is inevitably present in the lyrics, but Matt Jones sublimates it, delving into the opposition of extasy and flow, movement and suspension. It is a way of seeing life through contrasts and contradictions, with those characters that are so close and so far away, resigned, accepting their bitter role. Musically, the album is another example of their exquisite compositions, their infinite sweetness (maybe it is their poppiest album, and that is saying a lot), their abilities with the arrangements. All of which fits perfectly with Estella Rosa’s voice.

“The Other Side Of Grey” is proof of how this marvelous collaboration can turn the story of someone’s pity party into something that sounds luminous and festive. It is easy to think of INNER DIALOGUE, THE FREE DESIGN or Karen Carpenter: delicacy and melancholy, astonishing emotion and fragility, elegance and preciousness. That trumpet that starts off “Five Miles Of Line” and its paparapas are pure magic. Like only Bacharach himself would write, and those melodies and harmonies that go straight to the heart. “On The Telephone” is incredibly exquisite white soul. Moderate lyrics, evoking the need to get in touch with someone on the phone during the period of isolation. THE 5TH DIMENSION and THE MILLENNIUM. “Move To Wales” has a strong cinematographic power, which we are already used to, using irony and sarcasm to reflect the pleasure of belonging to the place he comes from, Wales. It’s like a Berlanguian exercise in 3 minutes of ambient pop, that makes us think of some of the best bits of “Butch Cassidy And The Sundance Kid” and “The Knack... And How To Get It” or some Italian soundtrack from the 70s. “Seagulls On A Frozen Lake” has a touch of the melodies of BELLE & SEBASTIAN and HARPERS BIZARRE, but it hides a deep bitterness, watching the ice through the window, the world frozen, immobile. Once again, they are able to build the most wonderful melody while talking about profoundly sad things.

“Mermaid” is a metafiction story based on the medieval tale “The Mermaid of Edam”. It is an incredible story that shows us how pop can use high lyricism to its benefit, and THE HEPBURNS’ music stands out again for its capacity to evoke images, stories and characters. “What Was Not Became What Was” has more exquisite lyrics about an unimaginable story that takes place in the space under the stairs, with a tribute to David Berman and his SILVER JEWS. “Creature Of The In-Between” continues to unleash fantasy and imagination with marvelous bossa harmonies and fascinating arrangements, all to play with a new metaphor about distance and the ways we (ex)communicate. There could not be more attention to detail. Astrud Gilbertowould be proud. He would be a fan, no doubt.

“Lockdown To Liverpool” is a collaboration with Ole and Jörn Åleskjær from the Norwegian indie band THE LOCH NESS MOUSE. Warm melodies narrate the dawn of a new day after the lockdown. “Northern Europeans” is dabadabada, it’s bossa, it’s chamber pop, it’s Burt Bacharach, Sérgio Mendes, AugustoAlgueró, Hugo Montenegro, Roger Nichols... It is marvelous. It is the perfect brush stroke. The lyrics are fun, conspiratorial, proud, challenging, wild. It is a tribute and a challenge. It is marvelous (have we already said that?).

This is definitely an album that will be a reference in a prodigious discography full of great exercises in pop and lyricism. Originated by a great cause, and full of magical collaborations that give it shape and color, this is new proof that THE HEPBURNS is a band that has defined pop in the last 30 years, and is imperative to understand them in all their intensity. 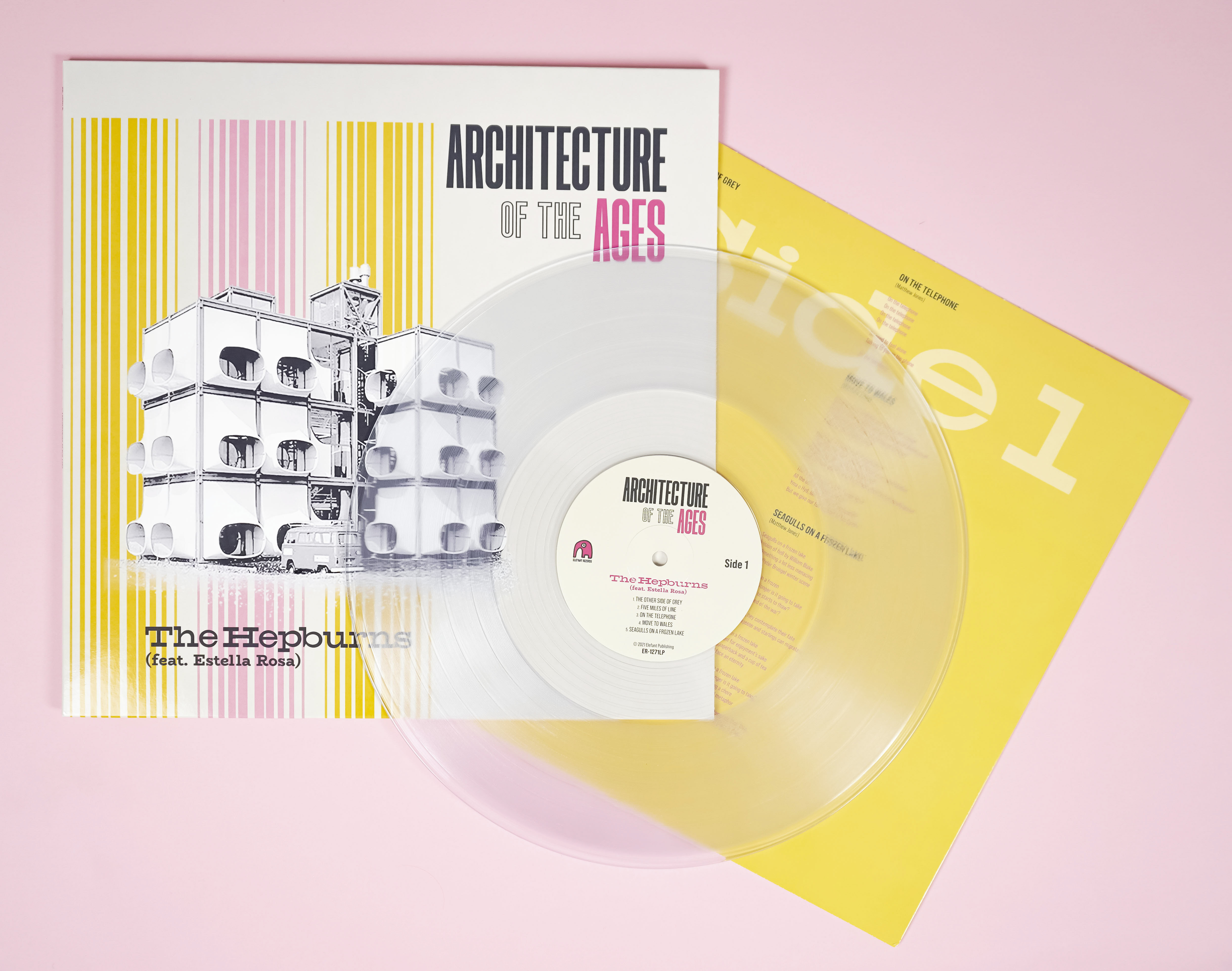