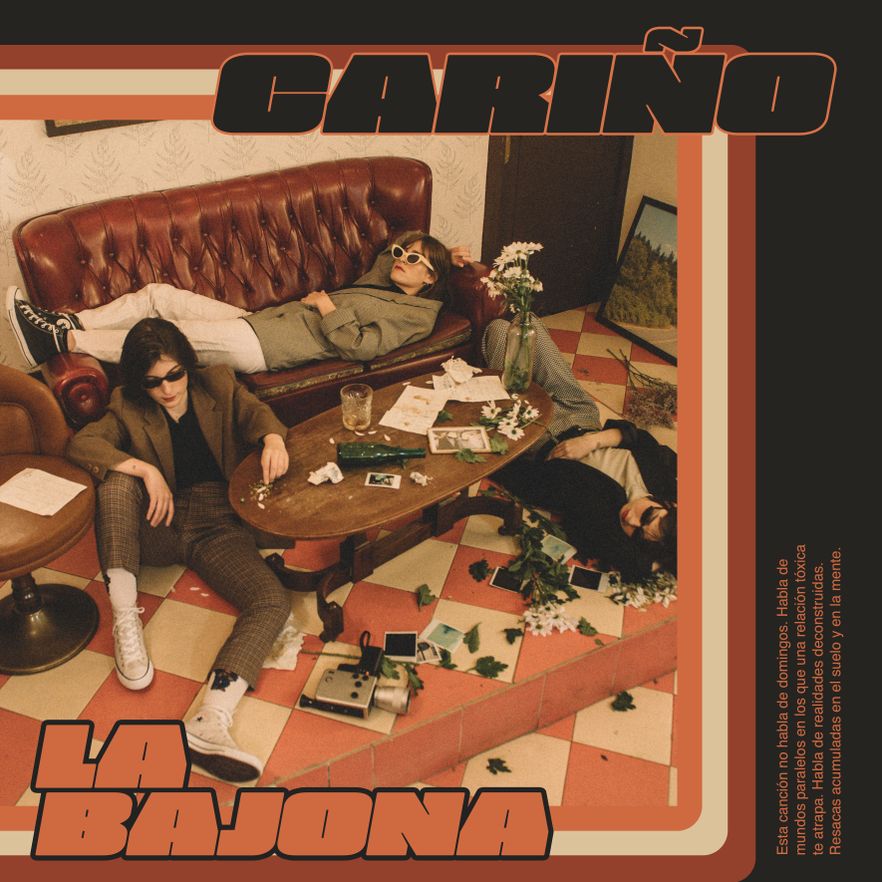 CARIÑO is turning out to be something totally unique. With just a handful of songs under their belt, they are already performing in practically all the festivals on the Spanish map (and there are a lot of them), and turning into a reference in music. Just one year after appearing on Elefant Records with “Pop Para La Bajona” and “Movidas”, they released a song on the fifth “Hits With Tits” compilation, along with other bands formed by women, like JÚLIA, LAS ROBERTAS, LANUCA and many more. That song, until now, could only be found on that vinyl compilation, but now it is going to be released in digital format. “La Bajona” has a nebulous sound, with touches of shoegaze and electronic arrangements, and it talks about a hungover Sunday in a toxic relationship. Delicious and melancholically addictive. This song was definitely the jumping off point for so many things that have come after.