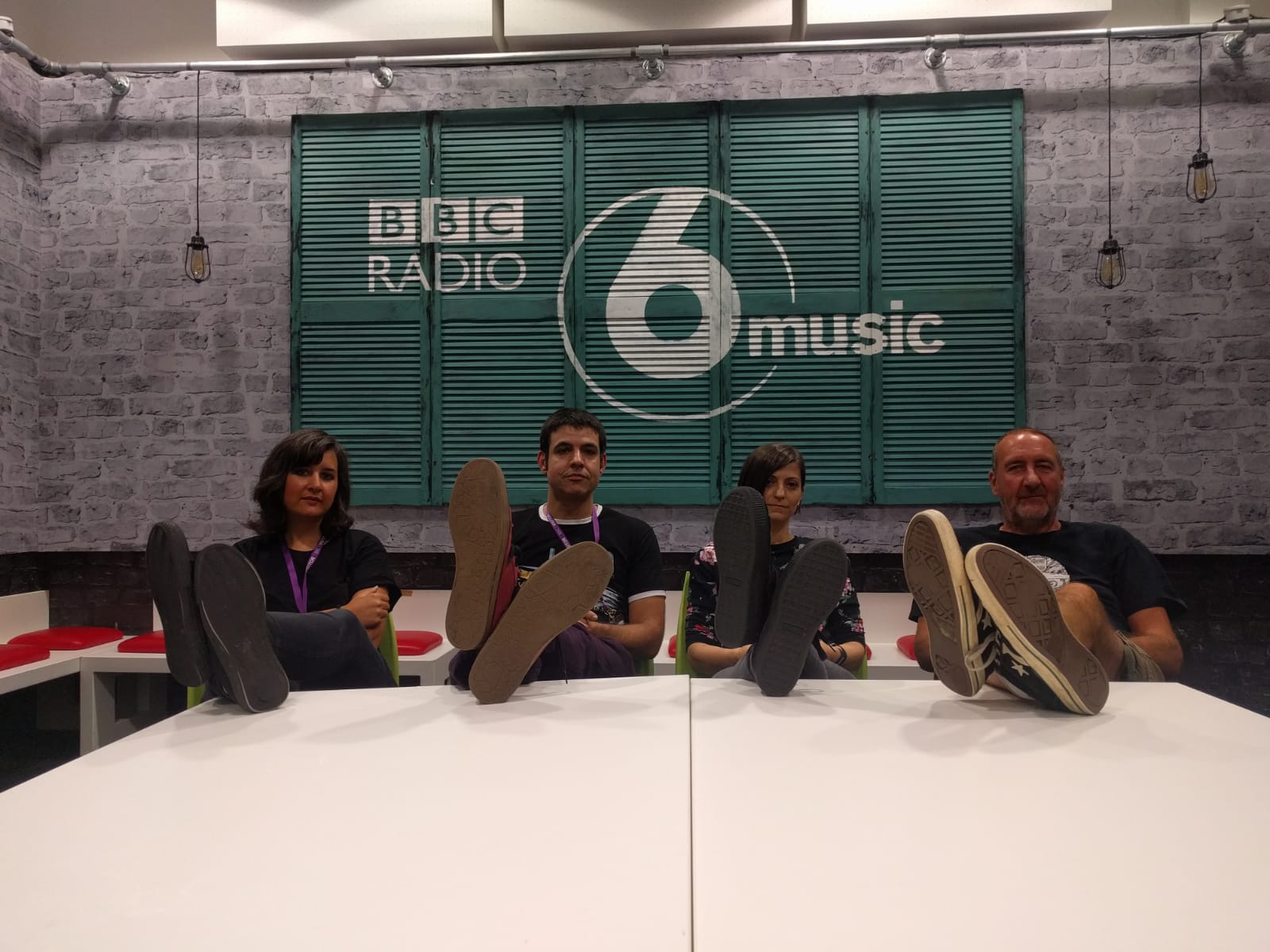 They're a three piece guitar band with no actual members called Linda. The Guilala bit comes from a Godzilla-like monster in the Japanese science fiction film the X From Outer Space. It's a giant bird with three antennae who travels on top of a spaceship from Mars to wreck havoc on Japan,. Obviously.

Iván and Eva formed the band back in 2005 after the breakup of their previous band Juniper Moon. Mari has since joined the line-up and they released their debut album Bucles Infinitos in 2009. New single Mucho Mejor has recently become a firm Riley favourite.