The Underground [En]: "This life denied me your love" [Reseña]

Giorgio Tuma – This life denied me your love (Elefant) 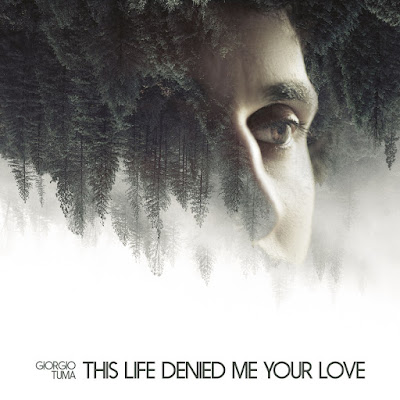 Alluring dream pop with undertones of kosmische, shoegaze, library music and sublime orchestral soul. Laetitia Sadier brings guest vocals (in fact the absolutely wonderful ‘Release from the centre of the heart’ appeared on her last album Something shines although here the main vocal is sung by Tuma’s fellow Italian Matilde Davoli, who also produces most of the album) which guarantees swooning straightaway. There are also notable cameos from Michael Andrews, Populous and Stephen Kaye. Even apart from all that though, what a gorgeous set of arrangements. ‘Two half moons’, for example, shifts gear midway through from pillows of synths to a glorious string interlude with two step drumbeat. ‘Maude Hope’ brings to mind The High Llamas at their best with banjo/harpsichord arpeggios, a beguiling chord shift and Sadier’s dream of a voice. Around the edges, synth string and guitar melodies flutter and fall. It’s a song you could lie down in all day. There’s a curious and lovely hint of subdued bossa nova about ‘Foxes don’t lie’, although through a dream pop haze. On ‘Mat Matite’ you get a sense of a deep, throbbing orchestral soul – a kind of European variety, maybe more cerebral than an earthier American style. ‘My last tears will be a blue melody’ takes this thread further, a bittersweet symphony (a real one) of reaching synths, plangent piano and pleading vocals which nods serenely in the direction of Van Dyke Parks. It’s a beautiful album, existing in some kind of heartfelt half-dream and ultimately very moving.