Most people know Guille MILKYWAY for his work as the front man and creator of the universe of LA CASA AZUL, the group with which he has managed to break through commercial and stylistic barriers in a way that had basically never been done before in the Spanish music industry. But few people know his other universe, the one he created under his artistic last name, and which fills in the spaces that didn’t fit in LA CASA AZUL, primarily meaning songs written in English. 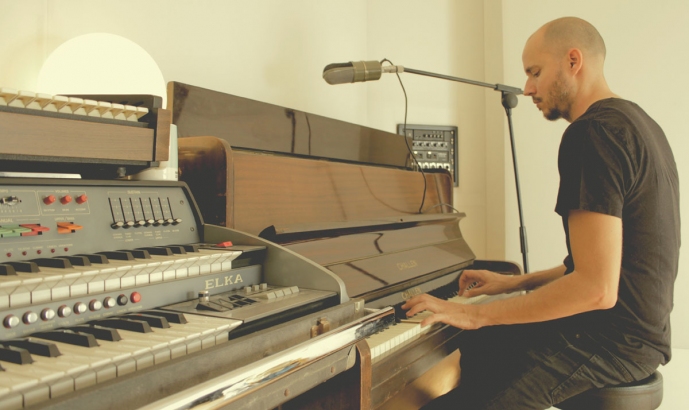 A few years ago, in the first release of our compilation “Space Scapade”, we made a big deal of his possibilities with a previously unreleased song. And in some ways, the compilation, “Up, Up, and Away”, which gathers demos from 1993-2002, marks a before and after in a career that seems like it’s got much more to come from the man in charge. Released in 2012, with songs like “Julie”, “Shine (Go to California)”, and “My Favourite Girlfriend”, this compilation shows us that this project is not going to be just a whim; it’s going to reveal totally new facets to us, and it’s going to generously feed all of those of us who need our periodic doses of Guille MILKYWAY.