The story of COUR DE RÉCRÉ is a story of distance. The band originally came together as a duo, with Stanand Héloïse, who were at the time a long-distance couple separated by all the thousands of kilometers there are between Avignon and Santiago de Chile. He wrote the songs, and the two of them sang in honor of that love floating in space, about seeing each other again, and the scarce but intense moments of being together. A friend of Stan’s, Quentin, started helping them out with some ideas, and finally became a regular part of the group as a songwriter. To deal with the distance problem, in live shows, Chloé replaced Héloïse on vocals and ended up doing the same in later recordings as well. 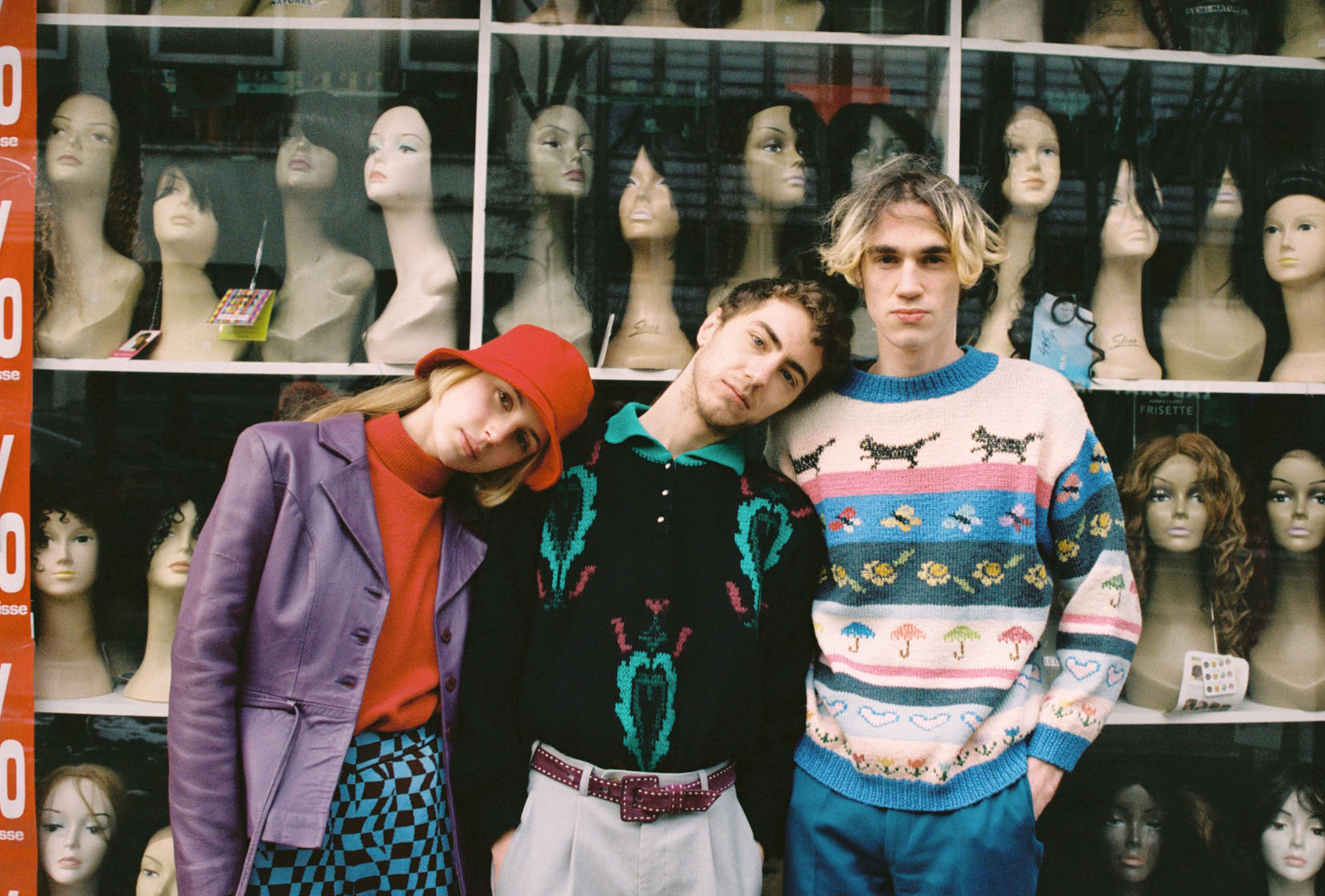 Just when it seemed like things are starting to come together, Stan left in 2017 to go to Canada for two years. But he still did not give in to the problems caused by distance, and using digital communications, they kept working on the project until their first EP, “Éponyme”, was released in December 2018, after several years of intense activity on SoundCloud.

In 2019, Stan went back to Toulouse, where Quentin was still living, but Chloé had moved to Paris, making good on that premise that seems to condemn the group to keep working long-distance. But there is no obstacle that keeps inspiration from reaching them. They work with an irreverent and carefree synth-pop that is fresh and ultra-melodic. According to Stan, some of their references are Romain Guerret (DONDOLO, ALINE), LA MONJA ENANA and FREEZEPOP (he has been listening to so many Elefant albums since he was really young), THE PIROUETTES and DENIM. And the proof of this is “Vice Et Werther”, their first Digital Single for our label, as part of the New Adventures In Pop collection, to be released at the end of 2020.

We are always so excited to release albums from new groups with something new to say. This is no exception, and the numbered-limited-edition, magenta-color vinyl for this “Cour De Récré” is definitely going to be one of the most remarkable albums of 2021. Simply because synth-pop lovers will adore it, because they have not heard synth-pop like what our French trio is making, and with the fantastic production by the multi-instrumentalist, composer, producer and founding member of the Parisian trio KEEP DANCING INC, Joseph Signoret.