Another 'Lovely' Album From the Primitives 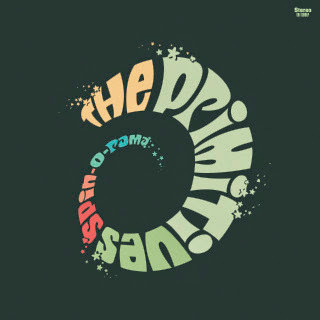 The Primitives first album of original material in 23 years is out today stateside, but it's as if no time between releases has elapsed at all.'Spin-O-Rama' is chock full of the same timeless indie pop PJ Court and Tracy Tracy gave to us in their heyday. That's a sentiment you see in review after review as our favorite bands from days of yore make their way back to us. In this case, however, I promise it's not a cliche.

For fans who have been paying attention, the high standing of this new work will come as no surprise. We have known since 2012 this triumphant day would arrive. The inspired choices the band made on its covers album 'Echoes and Rhymes' were just too good for this to be a fleeting moment. Our feelings were confirmed early last year with one of the catchiest choruses the band ever put on a 7". If you missed it, don't worry. "Lose the Reason" is on the new album.

So, it really comes down to this: If you used to be into the Primitives, you will enjoy 'Spin-O-Rama' immensely. For the rest of you, now is as good a time as any to give them a try. I'm wording it this way because it must be assumed you never heard them in the first place. Otherwise, you would already be in the first camp. Check out this trio from the new one: