Graded on a Curve:
The Primitives,
Spin-O-Rama 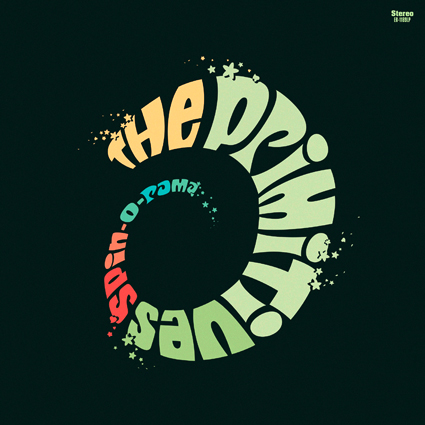 For a US lad of the late-‘80s, the indie pop of Scotland’s The Primitives was a welcome pleasure. Most folks know them for ’88’s Lovely and its accompanying hit single “Crash,” but after breaking up in the early-‘90s the band reformed roughly half a decade back. The group’s latest LP Spin-O-Rama is out this week via the Elefant label; if it doesn’t reach the heights of their best material it also doesn’t fall short by much, the record’s 11 tracks continuing to vindicate the rekindling of the whole endeavor.

Naturally the point is arguable, but of all the ‘80s indie pop acts to have missed the original cut for the New Musical Express’ genre-defining C86 compilation, The Primitives are a very likely candidate as most deserving of inclusion. As evidence, earlier in 2014 the Cherry Red label assembled a 3CD expansion of that release, and three tunes into the second disc one can find The Primitives’ nugget “Lazy” standing proud.

Not that one needs to buy the set to hear it. The group’s pre-RCA period as self-documented on Lazy Records has been collected and reissued numerous times and is currently in print through, wouldn’t you know it, Cherry Red. And for this writer’s money, the Lazy stuff, which contains the dandy singles “Thru the Flowers,” “Really Stupid,” “Stop Killing Me,” and a bunch more (a double CDs worth, including demos and an ‘87 live show from London’s ICA) is their strongest work.

But I will readily declare that Lovely is a fine LP in a style/scene where excellent long-playing records are, if not exactly rare, then far from common (the concept of the indie pop compilation as a spotlight for a succession of individual highpoints has endured up to the nonce). Plus, the band’s classique thrust once Aussie Tracy Tracy (born Tracy Cattell) was fully established as lead singer (replacing Keiron McDermott) made them palatable to US listeners, particularly those with an undying jones for prime-era Blondie.

“Crash” might not have cracked the US Top 40, but it did make it to #5 on the Modern Rock sales/airplay chart, an obsolete gauge basically signifying that The Primitives received an ass-ton of exposure on Music Television. And like a select few indie pop cohorts, the majority of their initial spate of recording has aged very well.

Lovely’s ’89 follow-up Pure, while not quite as successful, reinforced the group as having a solid songwriting foundation delivered through a focused sound. But derived from a handful of plays, I recall ‘91’s Galore, their third album, to be a disappointment, though that was admittedly a long time ago; I really should reinvestigate.

Perhaps one day I will, but at the moment there’s Spin-O-Rama to consider. It’s not The Primitives’ post-comeback debut, for in 2012 a swell all-covers disc Echoes and Rhymes was issued, the choices generally so under the radar that many have and will persist in perceiving it as a standard release. However, Spin-O-Rama is their first full-length of all originals since recommencing in ‘09; “Never Kill a Secret,” a 4-song EP split between band compositions and covers, surfaced back in ‘11.

Their newest presents them in trim form, the LP opening with the title track, pristine and sprightly before quickly landing squarely in a familiar zone of ‘60s-inspired fuzz-infused melodicism. Tracy’s singing is as robust and sassy as ever, and as the cut’s tidiness progresses it deftly alternates Ramonesian punch with chiming brio.

While surely catchy, “Hidden in the Shadows” resides on the heavier side of The Primitives’ guitar pop spectrum, its sharp riff mingling well with Tracy’s undiminished prowess. From there “Wednesday World” introduces a strumming acoustic as guitarist Paul Court steps up to sing lead. Throughout, Tracy gives her tambourine an emphatic shaking.

The mid-tempo gallop of “Follow the Sun Down” brings a productive switch, illuminating the rhythm section of drummer Tig Williams and bassist Raph Moore (who replaced Steve Dullaghan; the founding bass player’s untimely passing in ’09 directly preceded The Primitives’ return to activity for live gigs), with Tracy’s singing detectably outside of the D. Harry-esque feel offered on the disc’s first two selections.

“Purifying Tone” retains the pace, Court picking up the mic again for a concise slab of pop-rock brandishing hints of neo-psych. It’s pleasant and built upon a sturdy base, but frankly the speedier, more raucous “Lose the Reason” is the meat of The Primitives’ matter. Featuring trade-off/tandem vocals, lively bass, mucho handclaps and a cascading organ sounding as if it was surgically removed from an early-‘80s power pop radio smash, it strongly underscores the outfit’s enduring relevance.

It’s followed by “Petals,” a stripped-down yet fully-formed hunk of ‘80s-style indie pop with rock-level amp-gust channeling the ‘60s via the Ramones, though Court also tosses off a nice Chuck Berry via The Saints micro-solo. And Tracy manages a vibrant youthfulness here, coming off a bit like a young Juliana Hatfield. Next, Court’s voice reminds me a tad of the Television Personalities’ Dan Treacy on the jangled-up and fuzzed-out ode to being unfit for labor “Working Isn’t Working” (seemingly a recurring theme for them).

Combining a constant flow of sha-na-na-na-na’s with an equally incessant riff descended (if well-disguised) from “Sweet Jane,” the leisurely this-could-go-on-for-hours aura of “Velvet Valley” is a sort of how-to manual for budding pop-rockers, effectively accentuating the lasting appeal of The Primitives’ modesty of scale as they slather it with low-mixed but plentiful string burn.

And it segues pretty well into the vigorous catchiness of “Dandelion Seed,” distortion rippling forth as Tracy emotes with unfussy verve, though the crucial component in this example comes through the crisp rhythmic propulsion of Williams and Moore. It sets up the ear for closer “‘Let’s Go ‘Round Again.” A reprise/adjustment of the album’s opener, the brief track provides a fitting finale to the appropriately succinct (less than 30 minutes) old-school flavor of Spin-O-Rama.

Beside a couple of mildly slighter songs, my only real quibbles with the record are minor, essentially personal wishes for a few more uptempo numbers and less democracy in the vocal department (though when Tracy’s and Court’s voices combine on a tune the results are worthwhile). Also, it’s not as if they’ve over-polished this baby, and the writing remains up to snuff.

Additionally, there’s nary a hint of going through the motions on display; not as special as Lovely and approximately comparable in quality to Pure, it still feels like The Primitives are in it for the fun rather than the retirement fund. Not that I have a problem with late-life security, but picking up Spin-O-Rama is happily far from an act of charity.