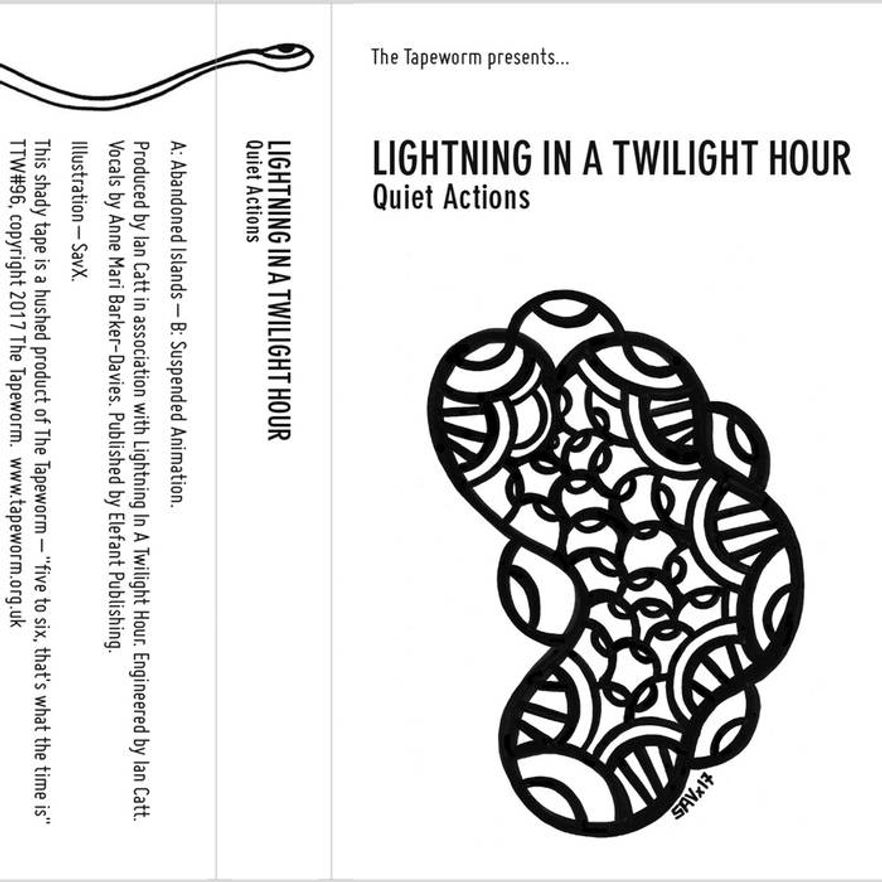 Suspended Animation (B side 17:57 minutes)

It features two brand new long-form compositions – "Abandoned Islands", whereby a repeating series of simple phrases relies on increased effects to achieve the movement within the piece, and "Suspended Animation" featuring the aforementioned Barker-Davies and a close mic-ed portable cassette player providing a subtle rhythm, a nod to the intended format. Both recordings were made in late February 2017 and both feature field recordings made in Liverpool in April 2016.