We started the evening with a chat with our old friend, Liz Hunt (The School, Elefant UK) who organised this show, and it was lovely to catch up with her, and also Simon Love, who DJ-ed between acts (we much enjoyed hearing Betty Boo, thank you Simon!)  It was great to see such a good crowd; at £5 a ticket for four bands, it represented an almost unheard of austerity-friendly night out in London!

We had travelled down to London from the Moisture Farm not only to take advantage of such a spectacular line-up, but we also had the pleasure of interviewing tonight's headliners, Wild Balbina, ahead of their first London show.  The band comprises Marta, Antia, Guille and Miguel, who were all lovely and spoke amazing English (our Spanish gets no better!)  They kindly indulged us by signing their beautiful 10" (available on Elefant Records) and gifted us each a t-shirt which we will wear with pride.  The interview will be broadcast soon on The Vinyl Dungeon - follow us @vinyldungeon/@radionowhereuk for more details. 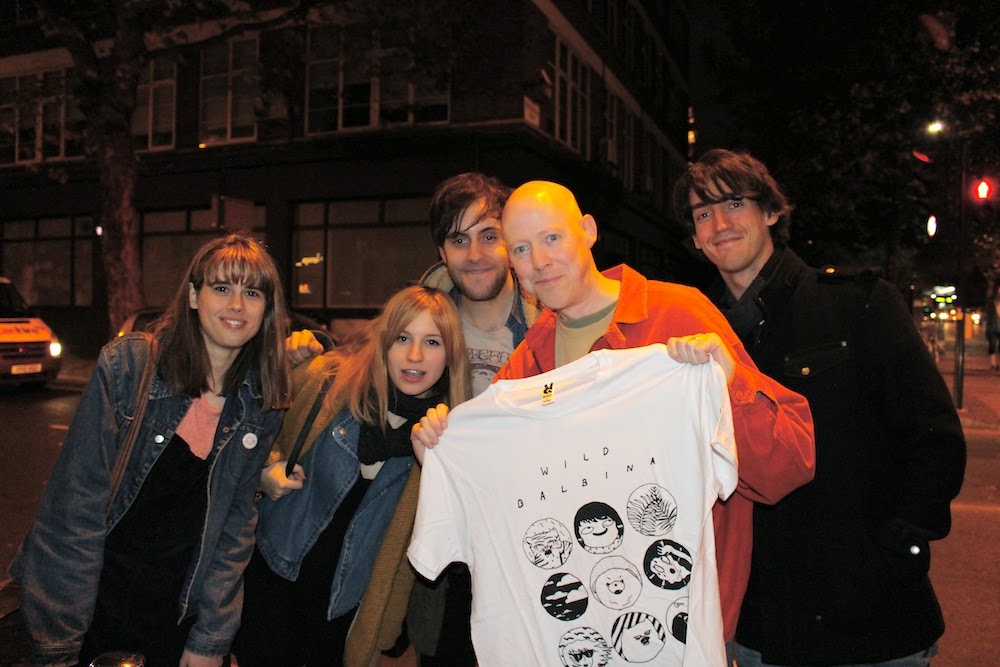 The show began with a set from Cristina Quesada and Andreas Jonsson (he of Alpaca Sports) and featured some of Cristina's solo songs, as well as a very sweet cover of The Jesus and Mary Chain's 'Just Like Honey' and a joint version of Alpaca Sports' 'Just For Fun'. It was also lovely to catch up with Cristina again after their set. 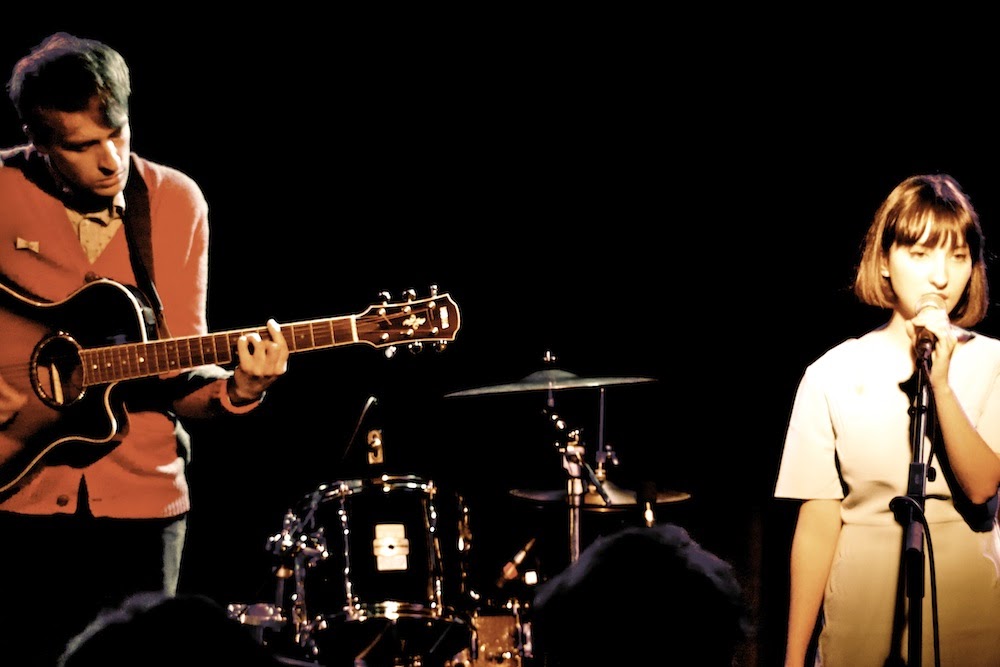 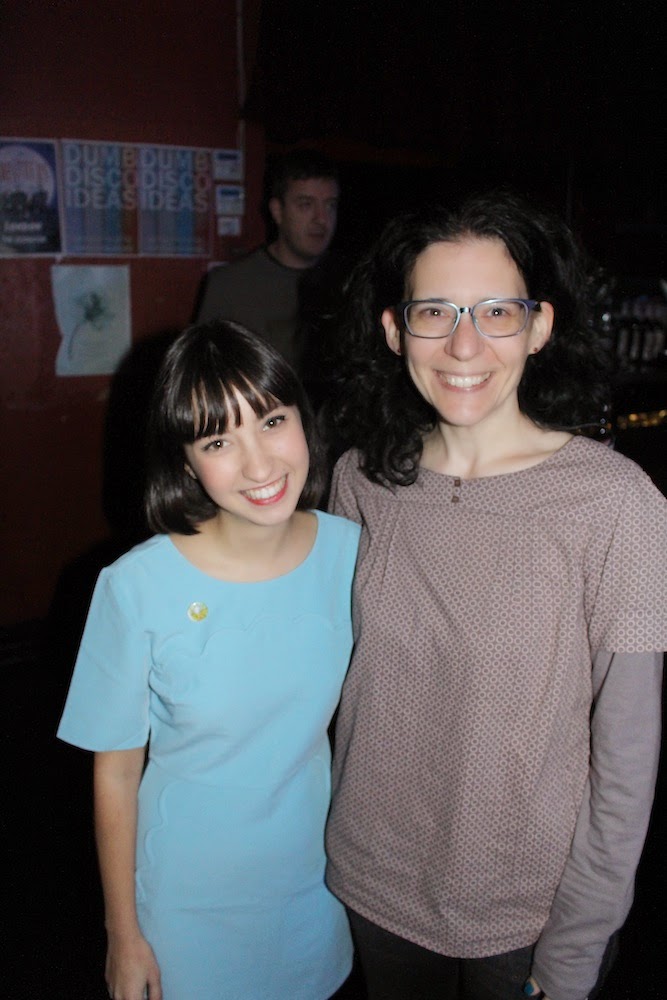 Next up were Evans The Death, who changed the pace a bit, turning it up to 11 with a mixture of old and new tunes. Katherine's vocals reminded us of a cross between Siouxsie and theaudience-era Sophie Ellis-Bextor, and this, plus their attitude and stage presence make them a highly watchable band. 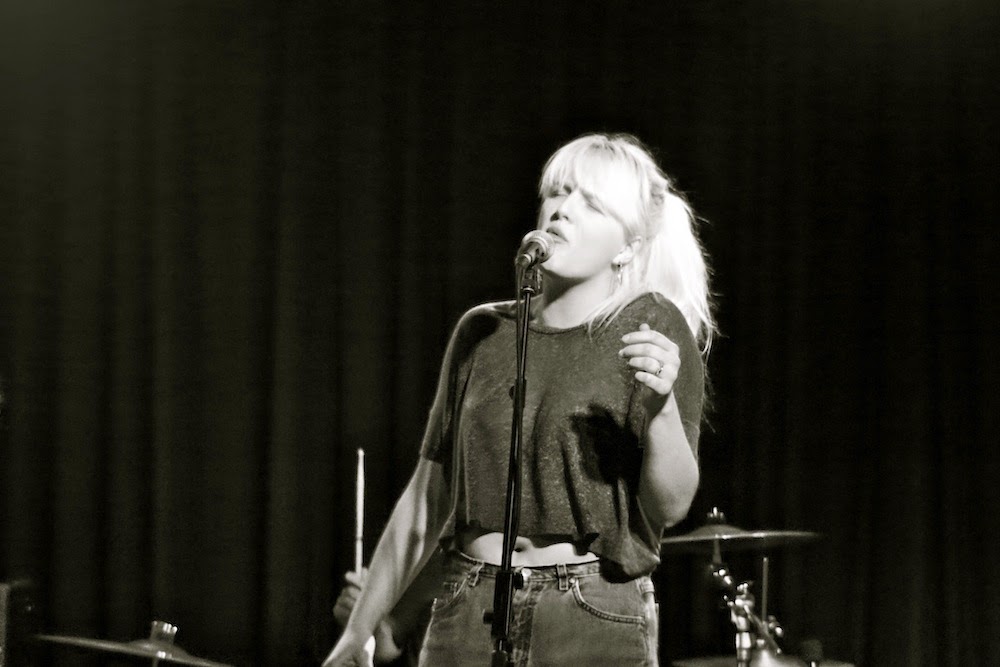 We were also treated to a set from The Catenary Wires, a new outfit for Amelia Fletcher and Rob Pursey (ex-Talulah Gosh, Tender Trap, Heavenly).  When they arrived on stage they said that that having to follow such bright young things they felt like they were the miserable old git in the kitchen at the party. Their music showed they were everything but - whilst some of the lyrics spoke of the bruising that comes from having lived, loved and lost, they were so beautifully and amusingly delivered that we could all relate to it, and it certainly made me feel a bit better about the world. 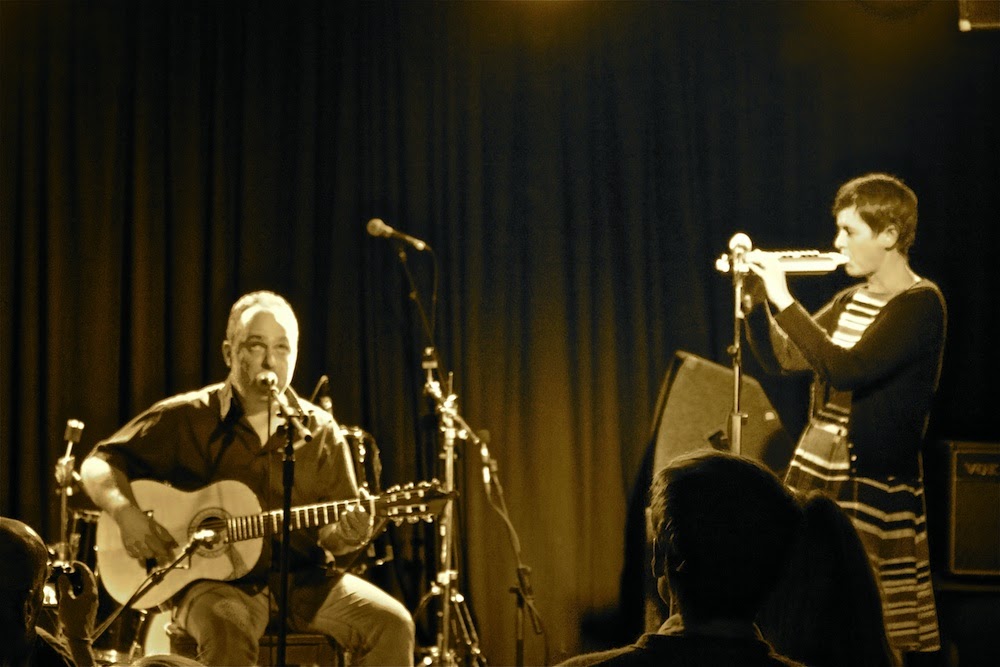 The headliners, Wild Balbina, took the stage pretty much on time (with four bands in three hours in a room above a pub, that's impressive - as was the sound), and we were treated to a killer set from their four releases on Elefant Records, including this year's 'Sisters Before Misters' 10". Although the band is from Vigo, Spain, they sing in English, so there is no excuse for fellow mono-linguists not to listen to their beautiful, slightly harder-edged, pop melodies. Their set was over all too soon, but the crowd were glad to chat with the band afterwards, and hopefully pick up one of their records or a cute t-shirt. 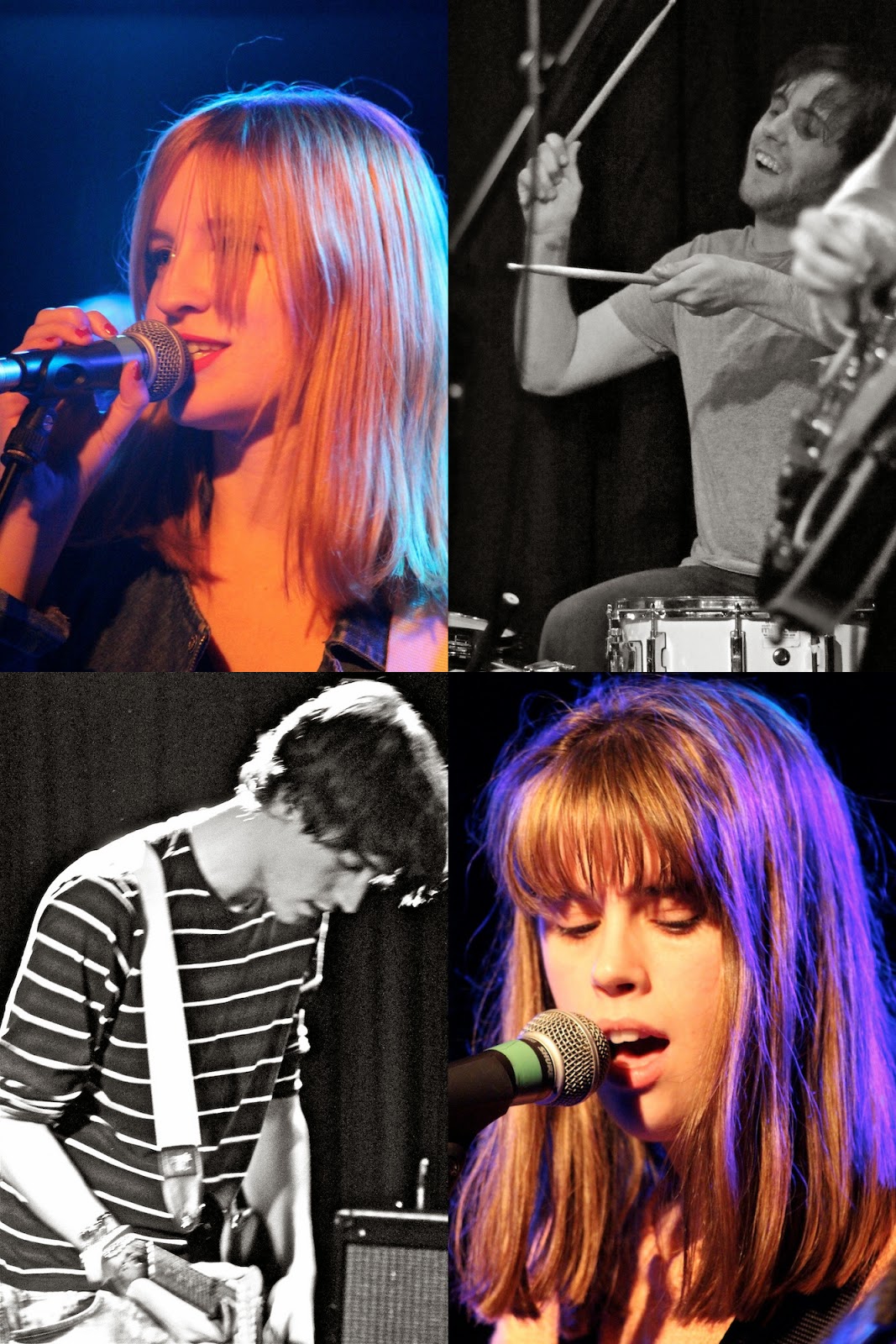 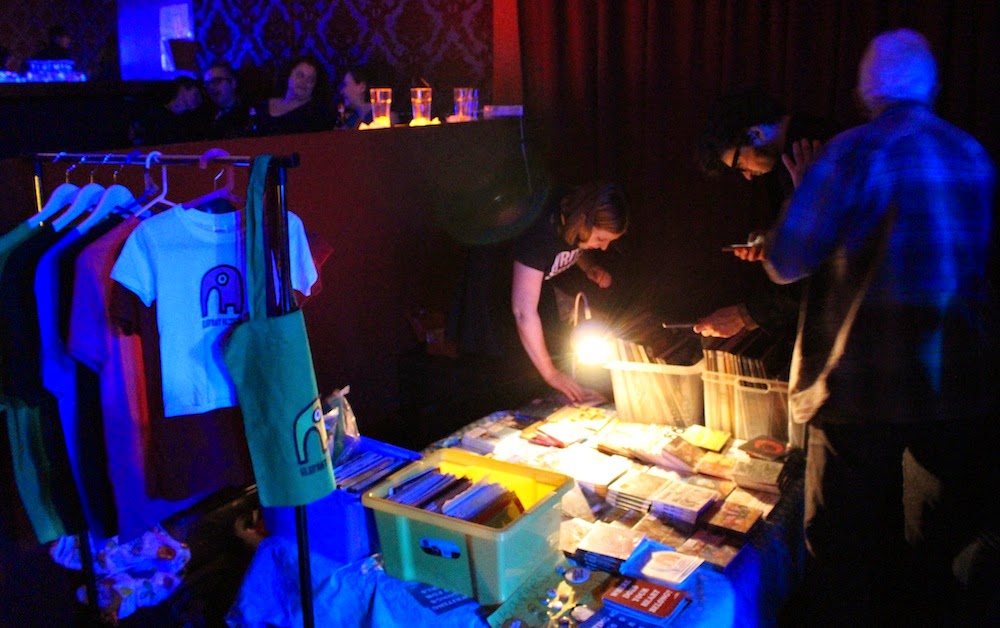 Thanks to everyone - Liz, Simon, Cristina, Marta, Antia, Guille, Miguel - and all the other acts who made it such a great night! ~ Jessica 6 xx